A looming cost of living crisis plays second fiddle to the jest, jeers and theatre of the Commons. 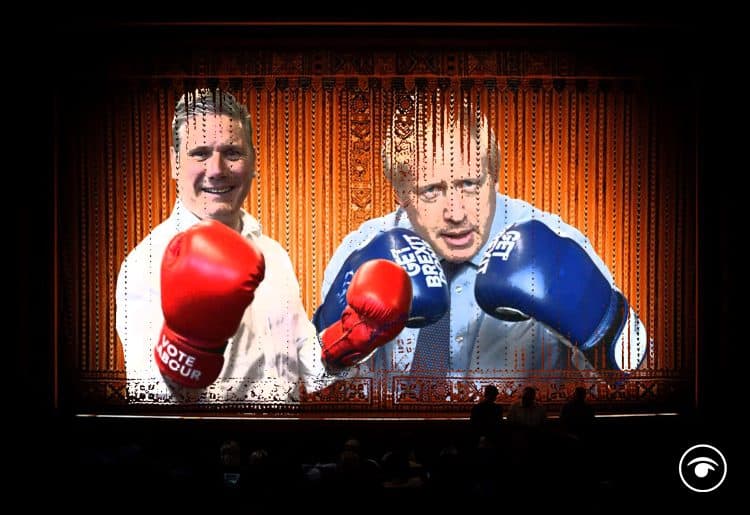 Good morning. There could hardly have been a more dramatic start to this week’s blockbuster PMQs than watching a Tory MP, one of a handful to have turned the Red Wall blue in 2019, walk across the Chamber to sit on the opposition benches in protest to high-profile scandals that continue to plague the Johnson administration. The prime minister, who was already primed for a scolding, probably only heard about Christian Wakeford’s decision to defect on his journey over to the House. The story was ‘leaked’, in typical fashion, to a lucky journalist who was handed the exclusive scoop. They held it back until the last possible moment to maximise the impact, creating viral waves across social media to coincide with Labour MPs waving their papers and cheering gleefully as he sat, Union Jack face-covering and all, among them.

Little did we know that by that point the pantomime had barely begun. In truly villainous style Boris Johnson nodded and smirked as he was read his rights by a cutting Keir Starmer who had all the quips, tricks and gimmicks packed up and ready to offload on the beleaguered PM. He poked fun at allegations that Downing Street staff packed suitcases full of booze to smuggle in for their illegal lockdown parties and spun the BYOB acronym to ‘Bring Your Own Bury MP’ to a rapturous response. Just as Boris thought he would have a reprieve from his own benches David Davis, the former Brexit secretary, delivered the words that would be splashed across the front pages the next day. “In the name of God, go”, he said, channelling his inner Chamberlain. It was like The Darkest Hour remastered, without the Hollywood glitter and the realisation that we are, again, at a crucial turning point in the history of our nation.

Yet for all the furore in the press, the quick-fire lines from Sir Keir and the impossible-to-ignore intervention from a former Tory ally, there was only one man who stole the day as the dust settled, and he wasn’t sat in parliament. Martin Lewis, who has built a career campaigning passionately against the everyday injustice that faces many Brits, stepped in for the leader of the opposition by pointing out the harsh reality many people are set to face. In his words, it is “incredible that the biggest challenge facing most homes in the UK – the nightmare impending 50 per cent hike in energy bills – making energy unaffordable for millions, was just brushed aside in one question”. Without action now, we will soon have a well-being catastrophe on our hands.

His numbers certainly seem to add up. Along with the ‘unprecedented’ price rises in energy, inflation is set to hit seven per cent by April at the same time as National Insurance is hiked and real wages dramatically fall. This, inevitably, will lead to queues at the food bank and a spiralling increase in household debt that was scarcely mentioned in the Chamber because, shock horror, we are more concerned about whether our prime minister quaffed wine than whether people are living on the breadline.

Out canvassing for opinion in Bury South later that evening, the BBC’s policy editor Lewis Goodall picked up a rather apt line. He said one officer from the constituency Labour Party (CLP) told him that they don’t want defection and they don’t want division. They want a “Labour MP who shows up to vote for children to be fed” like Marcus Rashford did. Wakeford, on the other hand, did not, and judging by his performance this week, his new boss seems blissfully unaware of the problem too. When celebrities have to step in to point out the stone-cold reality facing huge swathes of society you know you’re in trouble. People can’t afford to eat. They soon won’t be able to afford to heat their own homes. Enough with the pantomime, guys, and for the sake of the country you proclaim to love, get on with the job.