From the newsletter: Kim Leadbeater will be the new MP for Batley and Spen after a nail-biting by-election. 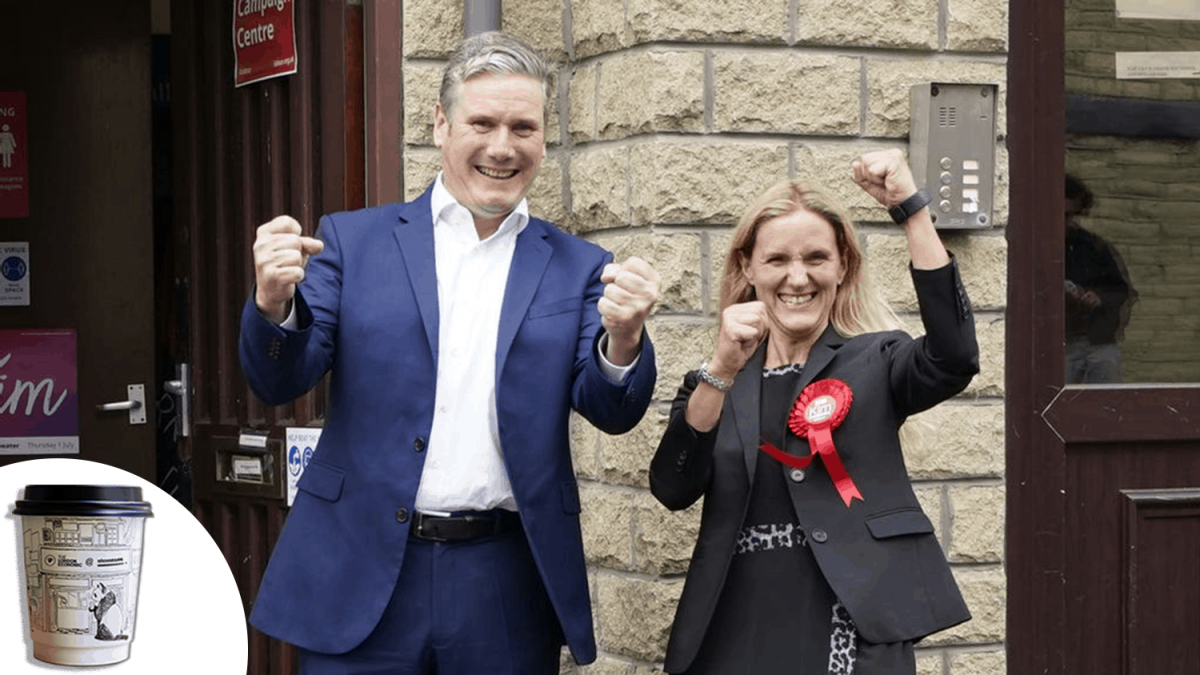 Good morning. What were you worried about? Labour has held Batley and Spen after a fraught, nail-biting race. Kim Leadbeater bested Tory candidate Ryan Stephenson by just 323 votes after a partial recount, despite more than 8,000 people casting their ballots in favour of George Galloway. It’s Keir Starmer’s first by-election win, and it’s given the Labour leader a much more comfortable morning than he might otherwise have expected.

First things first a hat tip to Leadbeater, who came out on top after a divisive and ugly campaign for the seat once occupied by her sister, Jo Cox. She deserves an immense amount of credit. Squeezed by the Tories on one side and Galloway on the other, she ran an optimistic and brave campaign. She was the only truly local candidate, Stephenson coming from Leeds and Galloway being, well, Galloway. “I am absolutely delighted that the people of Batley and Spen have rejected division and voted for hope,” an emotional Leadbeater said at the count in the early hours of this morning.

I was in Batley this time last week, and one thing I noticed was a widely-held openness towards Leadbeater among those voters who Labour had actually got her in front of. One man, speaking to me in a cafe yards from where Cox was murdered by a far-right terrorist in 2016, said he’d started voting Tory six years ago – but that Leadbeater had taken half an hour out of the campaign to come and speak to his wife, a manager at a local child’s care home. “Kim’s won us back, just by taking the time to chat with us personally, face-to-face,” he said, comparing her favourably to predecessor Tracy Brabin (“like coming up against a brick wall”).

Labour had a good candidate, something made doubly clear by the turnaround in the last week of the race. The pollsters’ final view of Batley put the Tories on 47 per cent and Labour and 41 per cent. But, as the Galloway circus turned increasingly unsavoury, something seems to have changed. Activists tell POLITICO that local Lib Dems and Tories were impressed by Leadbeater, whereas some Muslim voters were “fed up of being chased around by Galloway”. It’s eminently possible that distaste with Galloway drove Labour voters to the polls.

Have those voters saved Starmer’s leadership? Talk has swirled all week about a challenge – maybe from Angela Rayner, his deputy. Perhaps from Lisa Nandy, potentially from Yvette Cooper. Across the Pennines, Andy Burnham looms large. But Starmer can breathe a little more easily this morning, after a victory that will undoubtedly strengthen his hand. Labour officials briefing the press seem particularly pleased that Leadbeater appears to have made progress in Tory-held areas of Batley and Spen – something which will undoubtedly be touted as proof that Starmerism, whatever that may be, is working.

But Leadbeater’s narrow victory shouldn’t prevent the party undergoing a thorough post-mortem. The problems which have beset Starmer’s leadership have not gone away. The Labour leader’s crumbling support among Muslim voters is real. Those voters who flocked to Galloway mustn’t be dismissed as ill-informed or bigoted, or they might never come back. Elsewhere, Labour has a stiff task in front of it to persuade a disillusioned electorate – in Batley and beyond – that it is working for them.

The vast majority of people I spoke to in the constituency admitted feeling “abandoned” by politics – and most of their ire was directed at the Labour-controlled council rather than Boris Johnson. Changing that narrative – giving candidates like Leadbeater something to take to doorsteps and brandish as proof that Labour is offering something different – is Starmer’s big challenge. Whether he will use this brief moment of respite to seize it remains to be seen.