From the newsletter: The endless merry-go-round of justice secretaries blocks any and all progress. 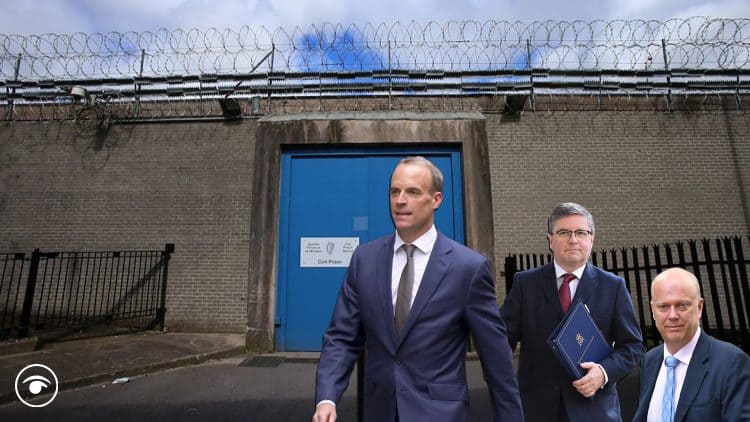 Good morning. Chris Grayling, Michael Gove, Liz Truss, David Lidington, David Gauke, Robert Buckland, Dominic Raab. What do they all have in common? They are the eight ministers who have held the role of Lord Chancellor, or justice secretary, since 2015. Seven ministers in six years.

The longest-serving of that illustrious septet was, remarkably, Chris Grayling – he held on to his post for just under three years, between September 2012 and May 2015. From thereon in, Gove managed just over a year; Truss just under a year; Lidington well under a year; Gauke even less than him – and then Buckland who, before being booted to the back-benches on Wednesday, had been in situ a smidge over two years.

Raab, newly-demoted to a job which is, technically, the highest-ranking of all the great offices of state in the United Kingdom – higher even than the prime minister – is Boris Johnson’s second justice secretary. Theresa May managed two in her short stint in Downing Street and Cameron three – one more than Tony Blair needed in his decade-long premiership.

As anyone who has visited a court or a prison in the last decade can tell you, the justice system is not in a good way. The backlog of crown court cases in England and Wales hit a record high of almost 60,000 earlier this summer – up 45 per cent from the previous year. A recent government review of rape cases found that delays were to blame for plummeting prosecutions – the number of sexual offences cases awaiting trial has spiralled by 67 per cent in a year. Nearly 80,000 people are currently locked up in England and Wales, a 70 per cent rise in the last 30 years – and almost half reoffend within a year of release.

The “merry-go-round” of justice secretaries, as Frances Crook of the Howard League for Penal Reform puts it, doesn’t help. Back in 2018, Sir Richard Mottram – a former permanent secretary at the Cabinet Office – called out the chaotic pace at which ministers now come and go. “Ministers barely get up to speed on their responsibilities before moving on,” he said. “They cannot be held responsible for their actions because they have long since moved on before the consequences become clear.”

The system “incentivises short-termism and eye-catching initiatives,” he added. “In no other sector are top teams changed in such a capricious way.” He’s right. When time is short and the next job around the corner, sticking-plaster solutions are easier. At the Ministry of Justice, under this government, that usually involves hiking sentences, ramping up the “tough on crime” talk and locking more people up for longer.

As any justice policy wonk will tell you, that’s not helping anyone. The problems facing the justice system are long-existing and complex. They require sophisticated, nuanced solutions – investment in upstream prevention rather than punishment, a reimagining of rehabilitation. Complicated issues take time and space to fix. At the moment, justice secretaries are getting neither – and it shows.