We interviewed reformed far-right personality Caolan Robertson. Were we right to do so? 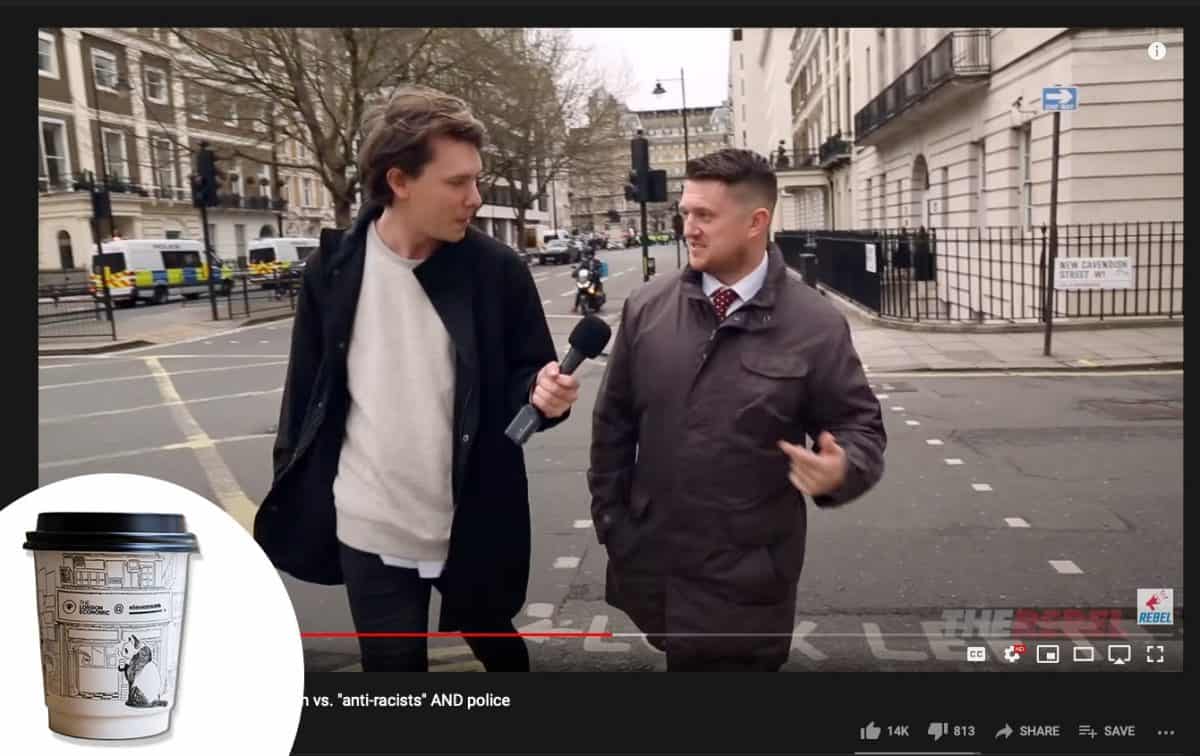 Everyone I had spoken to ahead of the interview had said the same thing; don’t do it.

We had first crossed paths with Caolan Robertson in 2017 at a Women’s March on London event that coincided with Donald Trump’s inauguration. The belligerent and smug reporter (our words) picked off unsuspecting campaigners to the delight of Raheem Kassam and Breitbart, who duly propelled him to fame on the back of bloodthirsty and highly-engaged bigots.

Four years on and Robertson has left all that behind, turning his back on Tommy Robinson and Lauren Southern to help others who had been wooed by the clutches of the far-right, and he wanted to share his experiences. But finding publications willing to listen was proving problematic. VICE said that “far-right provocateurs don’t deserve the redemption they’re being offered” while The Morning Star questioned whether even in liberal circles “hugging and learning” is appropriate given his litany of hate-fuelled misdeeds. Even my colleagues had been opposed to the idea. Why us? They asked, and I was minded to agree.

In the end, I felt we had a duty to report it, not to Caolan but to ourselves. As a publication that frequently tackles the scourge of the far-right in society and the media, we owed it to ourselves to better understand it, and I think that’s what the interview did. As I note in the piece, “nobody wakes up one day and just decides they are a right-wing extremist, so having an understanding of that journey could be crucial in helping others”.

‘Others’ is the operative word here because, as Caolan revealed, he wasn’t radicalised by neo-Nazi groups or the EDL; he was radicalised by YouTube. For those who have flirted with some of the soft ideals of the far-right – free speech, anyone? – the more extreme beliefs can often be only a few clicks away. In today’s social media world, you don’t have to look for the content – it finds you. What starts as a ‘top rated’ Milo response to the Orlando shooting can quickly lead to more sinister content as you stumble from one ‘recommended’ video to the next – the “alt-right rabbit hole”, as it has become known.

Not all of its victims have a lightbulb moment quite like Caolan’s, but his was an experience that will stay with me for a long time. Camped out in Turkey waiting for human traffickers to bring refugees into Europe he said he expected to be filming “angry men who were literally invading” the country, but the people that emerged through the bushes were “genuine refugees”, they were “old women and young children who had all their possessions in bin bags”. In his words: “It was heartbreaking. They had stories about how they didn’t want to leave, and they were fleeing. So I started pulling back at that point, I started feeling like I’ve been part of something really horrific. That’s actually demonised.”

Caolan’s story is one that many of you might think I should never have run, and do you know what, there is still a part of me that would agree. But this isn’t his shot at redemption, it is an account of how an ordinary person gets brainwashed into believing extreme and dangerous viewpoints. And that, on balance, is a story worth telling.