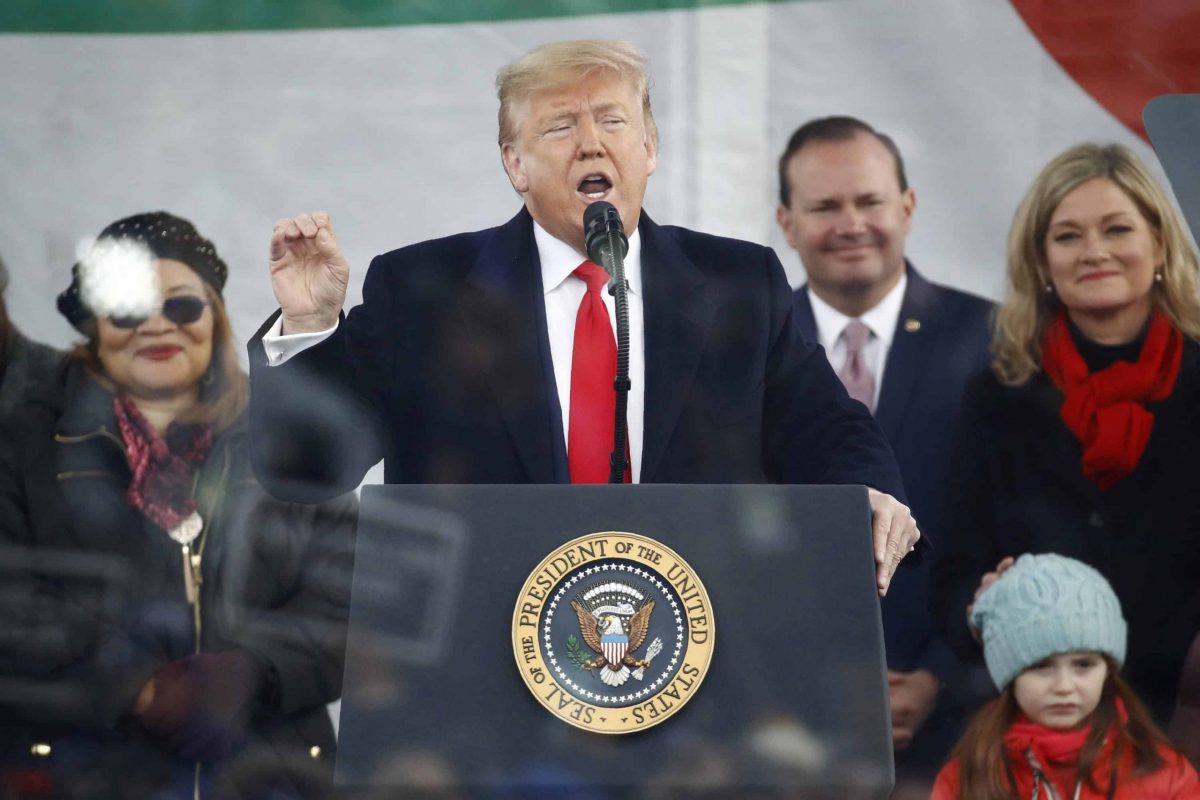 It is finished. The United States Senate has acquitted an obviously guilty president. Almost as soon as the chief justice gavelled the trial to a close, Republicans requested travel logs for Hunter Biden, son of the former vice president and the focus of a conspiracy theory designed to secure a second term for Donald Trump.

The crimes and abuses of power committed by Trump and his bagmen were in pursuit of dirt on Joe Biden, who was seen until recently as the favourite to win the Democratic presidential nomination. Now the full force of the Senate majority will be brought to bear against the Biden family. Impeachment will ensure that Trump gets his circus, just like with Hillary Clinton and the repeated Benghazi investigations.

But the reality of acquittal is much worse than phoney investigations into his political opponents. For four years, the Republican Party has given Trump licence to do whatever he wants. Every week, every month, his behaviour grows more egregious, and every time it does, his party simply shrugs. The acquittal this week is the final sign Trump needed. Now he knows that nothing is too far. He can commit crimes with impunity. His oath of office is an empty formula.

His oath of office is an empty formula

Donald Trump is now free to steal the 2020 election. There will be a very public investigation into the Bidens, but that’s just the beginning.

As the 2016 election approached, Trump began telling his supporters that the process was rigged against him. He did this because he, and almost everyone else, believed he was going to lose. The polls showed Clinton with a solid lead and, truth be told, Trump never really wanted to win. As November approached, he was already laying the groundwork for his own conservative news network, Trump TV.

Perhaps Trump had resigned himself to losing but when he did win, he quickly became obsessed with his victory. He bragged to anyone who would listen – reporters, foreign leaders, cabinet members – about how he smashed Democrats’ blue wall. But with his boasting came a dark side.

Trump continued to claim that his popular vote loss was due to non-citizens voting illegally, sometimes saying as many as 5 million votes were invalid. His supporters, stewing for years in the vile juices of anti-immigrant rhetoric and voter fraud conspiracies, bought into that lie.

Trump is on track to lose the popular vote again this year. If that’s coupled with an electoral college defeat, things will get very dangerous very quickly. If the president decides that his election loss is invalid and claims victory anyway, what will Republicans do? The party has already embraced the racist notion of mass voter fraud and proven they’re now the party of Trump. Is it likely they’ll turn on him as he seeks to keep power?

Will his supporters, many of them armed to the teeth, sit quietly by while establishment politicians help to remove a president who confirms all their prejudices and cries blue murder about the ‘deep state’?

There is literally nothing a Democratic candidate could do to be considered a legitimate winner in this year’s presidential election. A narrow victory will be scrutinised, a landslide victory will look suspicious – at least in the eyes of millions of febrile Americans caught up in Trump’s cult of personality.

American democracy is imperfect and fragile. Counter-democratic institutions and processes are deeply embedded in the country’s constitutional framework, while the Republican Party has worked for decades towards one-party, minority rule.

Race-based voter disenfranchisement, gerrymandering and court packing are already eroding what remains of democracy in the United States. Installing a para-fascist president by invalidating an election is the next logical step.

Add to the venality of Republicans the fact that Russia will certainly interfere again to ensure Trump’s re-election, the proliferation of fake news targeting the left and the endless stream of dark money being spent in support of the right, and you have the perfect conditions for a coup. Disinformation, lust for power, total disregard for laws and norms and barefaced racial and partisan hatred will decide the future of the United States.

Related: Trump to be re-elected in 2020 hits shortest ever odds following impeachment trial