Over half of Brits support the increased provision of police powers, including the use of water cannons, tasers and riot policing. 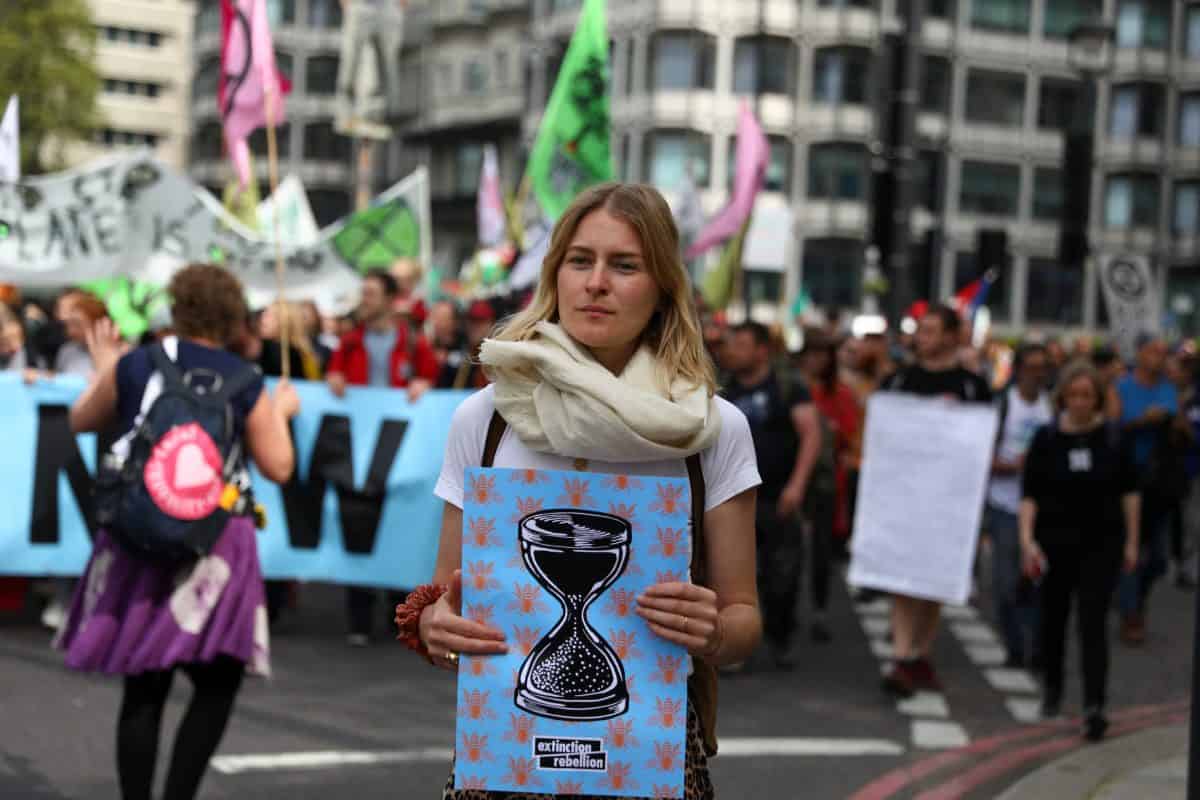 Public opinion has been shown to support increased police powers against political protests, according to polling data.

The figures, published by Deltapoll, highlights that 60 per cent of UK adults are in favour of further police powers to prevent and limit protests, due largely to the perceived disruptive effects.

Within the figures, over half of adults surveyed supported the increased provision of police powers, including the use of water cannons, tasers and riot policing.

The poll comes amid widespread campaigning to increase police powers against protesters, as well as public criticism of activist groups such as climate activists Extinction Rebellion.

The right of peaceful protest

According to UK law, the right of peaceful protest is protected under the Human Rights Act. With the exception of violent protest or actions which threaten national security, the right of protest is not only legally enshrined, but integral to democratic and political participation.

Such public support for counter-protesting measures comes in the week that Prime Minister Boris Johnson has been widely condemned for apparent desire to “water down” the Human Rights Act, following British withdrawal from the European Union.

Extinction Rebellion’s plans for a new wave of demonstrations are understood to be scheduled for the 23rd May.

A warning for civil liberties

The London Economic spoke to Kevin Blowe, Coordinator at the Network for Police Monitoring (Netpol), who raised concerns over the subjectivity and potential precedent of increased police measures.

“The police are [currently] granted extraordinary discretion to carry out surveillance with almost no transparency or regulation,” Blowe noted. “It can lead campaigners to think twice about whether to exercise their rights when faced with aggressive tactics or unwarranted attention by the police.”

The campaign against groups like Extinction Rebellion, therefore, holds worrying potential as a means through which to coerce and control the populous exercising their democratic rights.

“Presenting avowedly non-violent movements like XR as a potential “risk” to the public legitimises police officers treating all its members as suspicious, regardless of individuals’ actions or that decisions like this are inherently political.”

More concerning, however, was the scope for such increased powers to be utilised for possible political benefit.

“In 2020 we face the combustible mix of an almost paranoid police obsession with alleged “extremists” in campaign groups, a right-wing government that seems deeply dismissive of human rights laws and the fuelling of public opinion by news organisations preoccupied with indignity about law-and-order.

“As we have seen elsewhere in the world, in such a febrile atmosphere, the right to protest is always at risk.”

Sentiment against protest movements can be viewed as part of a wider polarisation of opinion against such groups as Extinction Rebellion.

The group, who use non-violent and non-cooperative protest to raise awareness of environmental issues, was listed in January as an “extremist organisation” last month by Terrorism police.

The classification followed, as well as other factors, comments made by Extinction Rebellion co-founder Simon Bramwell in which he remarked on the potential of “Direct Sabotage” of society in the organisation’s methods.

Bramwell’s position, made as part of a wider debate on ecological protest, included comments on the weakness of traditional debate; stating the weakness of simply telling people they may “see their kids die as we don’t have the […] technology to keep them alive any longer”.

Campaigns such as “Enough is Enough”, led by political commentator Nick Ferrari, have called for direct measures to prevent the “disruption” caused by Extinction Rebellion. The campaign cites the estimated £37 million spent on policing XR protests; a figure double that spent on violent offences by the Metropolitan police annually.

Yet the grievance of such “disruption” is viewed by many as inherent to the methods of such protest groups; passively and non-violently causing disruption and campaigns in order to raise awareness of a societal issue.

At a time when the political rulebook is being redrawn, from the exclusion of journalists from press briefings to the potential alteration of human rights in the United Kingdom, moves to curtail the freedoms and methods of protest movements can be viewed as a symptom of a much wider domestic concern.