But he is merely the sparkler on a birthday cake of stupid. 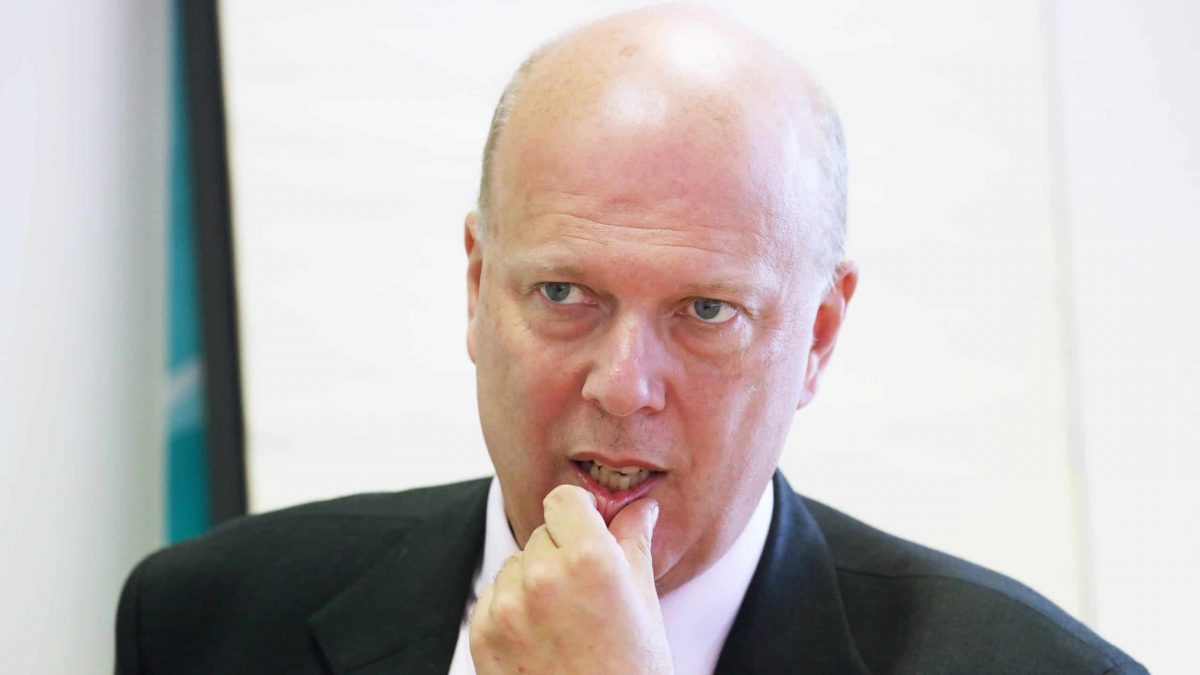 Chris Grayling’s failure to get the job that the Prime Minister rigged for him has registered 8 on the Grayling Scale. Though this failure is distinctly different from others as this current one has not come with its normal price tag. In fairness it is still early days and the lost millions could be yet to come.

Let us consider Grayling for a moment as he passes out of sight like a Chinese sky lantern in the distance before alighting on a paper mill:

A man who was not so much dropped on the head as a child but rather fired from a cannon into a brick wall.

A man who is so inept that were he to enter a “Failure Competition” he would come second.

A man who has the charisma of a wrongly accused school janitor.

A man who had he had been born outside of wealth and privilege would have won the college accolade “Most likely to live in a car.”

A man who is noticed only by the chaos around him, like a drunk poltergeist.

A man who is walking okra. No one, but no one likes him. His presence is a punishment.

A man who is as welcome as a ginger beer belch at a bukakie party.

A man whose career can be described by one word, ‘unflushable.”

A man whose CV took its own life in shame.

No wonder the Bullingdon club boys like him, he doesn’t just smash up the restaurant, he burns the whole f*cking thing down.

But Grayling is merely the sparkler on a birthday cake of stupid.

How dumb are this lot! Johnson tries to place a man on the Intelligence and Security Committee-the spy committee- and then is shocked when someone does a sneaky double cross, switches sides and ambushes him. You don’t have to be George f*cking Smiley to have seen that possibility. And what happened to super forecaster Dominic Cummings? How come the Nostradamus of Bernard Castle didn’t see that outcome! It is a committee made of spooks and MP’s, that in itself is a petri dish of plots right there. And yet Johnson of all people did not see the possibility of a plot.

You only have to look at the name of the committee to know they are as trustworthy as a Judas fart. It could not have been more obvious if the committee had all arrived by paraglider and spent the afternoon strapping each other to a table and firing lasers at their bollocks.

And so on to Johnson’s nemesis. Let me first sound the oxymoron klaxon before proclaiming, Julian Lewis is not a nice Tory. He was up to his neck in the infiltration of Newham Labour Council, where he stood as a Labour moderate in the 70’s. Yup a future Tory MP pretended to be a Labour moderate to expose the left wing. The man could not smell more like a spook if you sprayed him with Putin’s musk glands.

We can only assume that Johnson wanted Grayling as chair of the committee because Grayling would not rush to publish the Russia Report. And by assume I mean know. However, once this ploy was thwarted surely the last thing you would want to do is piss off the man who can now publish the Russia Report? With that in mind the Tories promptly withdraw the whip from Lewis, effectively he is no longer a Tory MP (oh wither Change UK). In return Lewis announces the publican of the Russia Report next week. This, however, is not the law of unintended consequences at work, it is not even the Streisand Effect, these is entirely predictable consequences.

Don’t get me wrong, I am delighted the report will finally be published and I only hope it will be published in full. But I am constantly shocked at just how unprepared Johnson and Cummins are for anything. Not only that but they seem not to care.

The Tory leadership is intoxicated by its own press releases, they have an absence of shame that can only really come with the perception of absolute power. They care not that Johnson’s performance at the dispatch box could not have been more embarrassing if he had dropped his trousers and answered PMQs in the style of Puppetry of the Penis.* They care not that Kent is now a really expensive car park, I mean it’s cheaper to park at a hospital.…and remember Grayling was no where near this one.I made that last bit up. A fiasco as big as NCCP Kent how could Grayling miss out on that! They care not one jot that the whirlwind of a Covid 19 recession is the last feasible jumping off point for Brexit.

*No offence to Puppetry of the Penis who I am sure are very skilled.