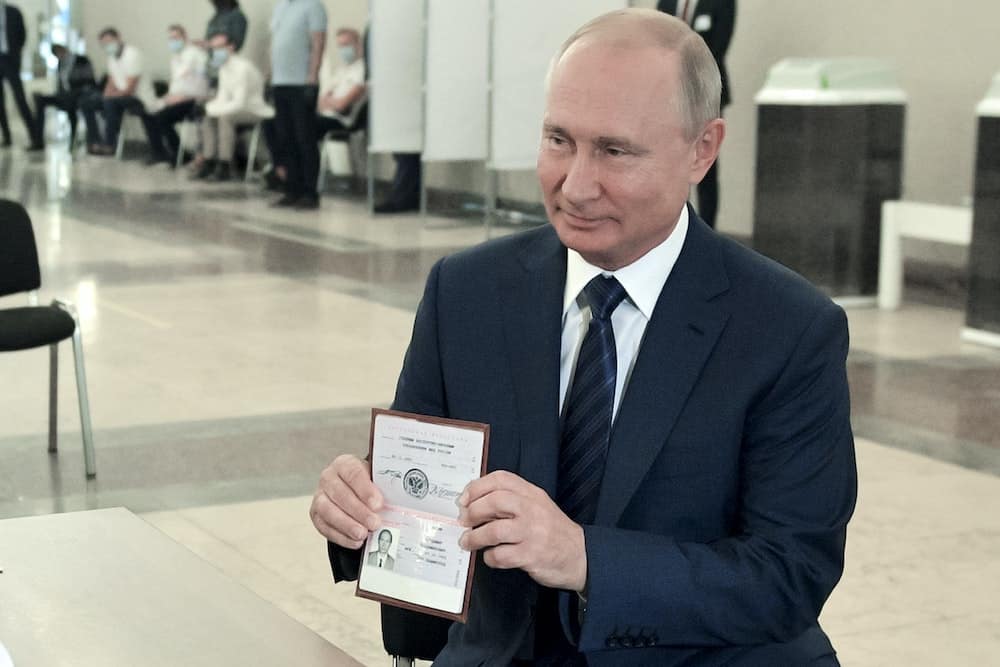 The most famous phrase attributed to that great British war hero Admiral Lord Nelson came during the Battle of Copenhagen in 1801. He put a telescope to his blind eye and is supposed to have said “I see no ships,” pretending that there was no serious threat to his fleet or his comrades. He went on to win a stunning victory. The most remarkable thing about the much trumpeted and much delayed Russia report produced by the British parliament’s Intelligence and Security Committee (ISC) is that the British government appears to have turned its own blind eye to Russian interference in the most significant democratic vote in recent history, the Brexit referendum, despite the obvious threat to British democracy, security and prosperity.

Some parts of the ISC report are very clear on Vladimir Putin’s aims. Here’s Paragraph 4: “The security threat posed by Russia is difficult for the West to manage as, in our view and that of many others, it appears fundamentally nihilistic. Russia seems to see foreign policy as a zero-sum game: any actions it can take which damage the West are fundamentally good for Russia. It is also seemingly fed by paranoia, believing that Western institutions such as NATO and the EU have a far more aggressive posture towards it than they do in reality.

Over the past year in making our podcast series The Big Steal about Putin’s Russia, the producers and I talked with numerous cyber warfare and security experts, Russian dissidents and exiles, politicians, NATO officers, finance and money laundering experts and Kremlin watchers. All of them told us broadly the same story. Putin sees disruption of western institutions, including the EU,  and the undermining of confidence in western democracy, as key Kremlin goals. The ISC report chimes with all these experts. But when it comes to the crucial question of the Brexit vote, the ISC members hit a brick wall. Here is Paragraph 40 of their report, with asterisks where information has been redacted before publication: “We have sought to establish whether there is secret intelligence which supported or built on these studies. In response to our request for written evidence at the outset of the Inquiry, MI5 initially provided just six lines of text. It stated that ***, before referring to academic studies.”

So, whatever the security service MI5 knows about Russia and Brexit – and it clearly knows something – it must remain a secret. But then comes the key question. Surely Her Majesty’s Government, (HMG) led by former Foreign Secretary and now Prime Minister Boris Johnson, would be curious to know whether the most significant plank of their policy, getting Brexit in some way “done,” has turned the United Kingdom into a nation acting as Putin’s puppets? Unfortunately, the Johnson government itself has decided to turn the blind eye, as outlined in Paragraph 44: “The written evidence provided to us appeared to suggest that HMG had not seen or sought evidence of successful interference in UK democratic processes or any activity that has had a material impact on an election, for example influencing results.”

This is astounding. It is so contemptible it is worth repeating. The British government did not even seek evidence of Russian “interference in UK democratic processes or any activity that has had a material impact on an election, for example influencing results.”

But why not? Ask yourself why would the British government be so incurious as not to wonder whether Russia helped steal the Brexit vote – unless they know the answer is “yes”? After all, we know Russia was clearly implicated in meddling in the US presidential election of 2016. So, why so lacking in curiosity about the Brexit result? Could it be – just guessing here – that the Johnson government knows that seeking the truth means finding evidence of such a degree of Russian meddling that it would invalidate the already very dodgy Brexit process?

Perhaps it will only be in our grandchildren’s time that the secret files are finally declassified. By then prime minister Johnson who loves to compare himself to Churchill may have gone into history as someone who more closely resembles Neville Chamberlain in his careless abandonment of British interests in ways which alienate Britain’s friends and cheer up our enemies. No doubt MI5 and MI6 insiders do not feel it is their function to tell British voters whether or not we have been duped by Russian propaganda. That responsibility falls to the British government, and they have very deliberately shirked the task. The clique in the Kremlin know the truth. British intelligence agencies assuredly know the truth. The British people do not know the truth but only because the Johnson government has been too cowardly to seek it.