A young Imam’s plea to Muslims following the terror attacks in France. 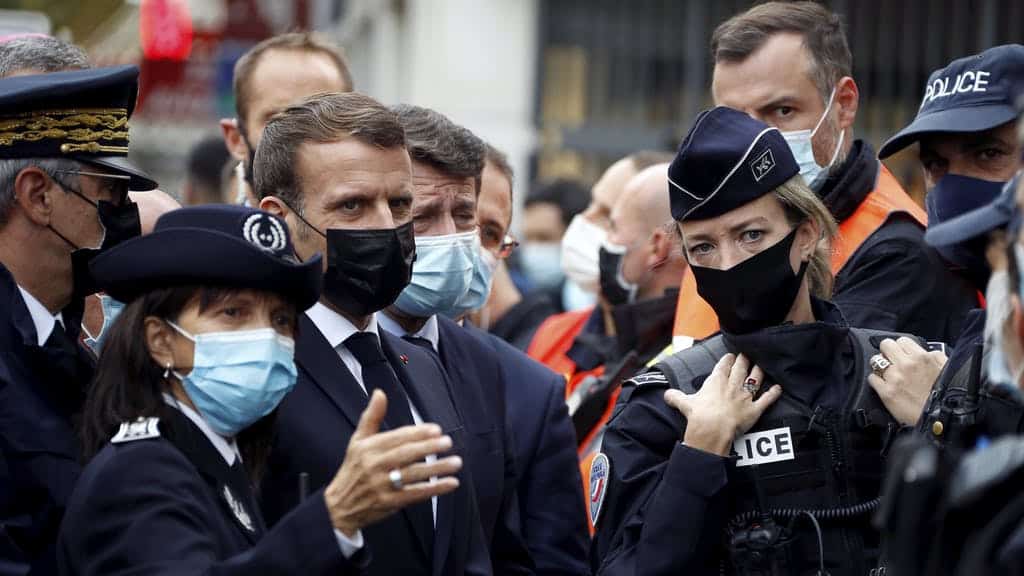 As an Imam, the spate of horrific attacks to hit France have been particularly painful because the perpetrators misused the name of my religion.

The attacks started with the brutal beheading of Samuel Paty on 16 October. When the details emerged of why Mr Paty was murdered, I was shocked because it reminded me of my RE lessons in school not too long ago. I had experienced something similar to what the students of Mr Samuel Paty had experienced when they were shown the images of the Prophet Muhammad (peace be upon him): My RE teacher read out an excerpt from the Satanic verses, the infamous book written to mock the Prophet Muhammad.

As a devout Muslim, even in my GCSEs, I found the excerpt to be grossly offensive. However, as much as I wished for my teacher not to have read out the passage that day – and we as Muslim students debated with him for doing so – if someone was to physically attack my teacher for teaching that lesson, Islam teaches that I should then be on the side of my teacher and defend the teacher, no matter how offended I may be.

We must not forget that Samuel Paty (and my teacher for that matter) was acting within the confines of the prescribed educational curriculum. In this regard, irrespective, of whether Muslims consider the caricatures to be offensive, Mr Paty was an entirely innocent and blameless victim.

This is a point many Muslims are failing to realise. Some Muslims are protesting outside French embassies, boycotting French products, while others are burning images of Emanuel Macron. But they do not realise that to advocate violence and a fanatical reaction serves only to benefit those who wish to portray Islam as a fundamentalist and extremist religion. It further entrenches the position of those who seek to justify the publication of the cartoons as a matter of freedom of expression.

Violence has never helped the Muslim Cause

The violent reaction that followed the initial publication of caricatures depicting the Holy Prophet Muhammad (peace be upon him) in 2005 did not deter others from doing the same. So Muslims must realise that emotional and irrational reactions amount to an admission of intellectual defeat.

I personally feel that we as Muslims have a strong case for calling for a change in society’s approach to the debate around freedom of speech, including how it is discussed within schools. In fact many people are on our side, willing to engage in a constructive discussion.

Justin Trudeau made very reasonable remarks on Friday when he said:

“Freedom of expression is not without limits…We owe it to ourselves to act with respect for others and to seek not to arbitrarily or unnecessarily injure those with whom we are sharing a society and a planet.”

These comments were commended by the World Head of the Ahmadiyya Muslim Community who called for other world leaders to have the same courage as Mr Trudeau and said:

“We need leaders who not only condemn the violent reaction but who also recognise that the exercise of our freedoms and rights should not be used to needlessly provoke or distress others. In this regard, I express my sincere gratitude to Mr Trudeau and I pray that other world leaders also come to recognise the paramount importance of building a cohesive society in which the sentiments of the people of all religions are protected.”

Clearly a large number of people are wrongly fearful of Islam; a third of Britons think Islam is a threat! This fear cannot be removed through rage.

Rather than showing anger at those who disagree – which prompts what some psychologists refer to as an amygdala hijack in others, whereby people fail to rationally listen to and respond to an argument – Muslims must turn towards kindness as our response. Muslims must follow the kind and generous character of the Prophet Muhammad (peace be upon him) whom they claim to defend. The Prophet said that, “The strongest among you is the one who controls his anger,” and “The one who does not show kindness, does not have faith.”

When I and other Muslims in my class debated with our teacher after he read out the excerpt in class, many of the students who were initially supportive of the text, began to see our perspective a lot more.

Muslims should explain who the Prophet (peace be upon him) was – that’s the only solution. Otherwise the cycle of violence will see no end.