Filmmaker, writer and activist Ukrainian Oleg Sentsov is 94 days into a hunger strike after being sentenced to 20 years of hard labour on charges of plotting terrorist attacks in Crimea after the Russian Federation annexed it in March 2015.  He has allegedly been beaten and threatened with rape in order to extract a confession. […]

by Verity Healey
in Opinion 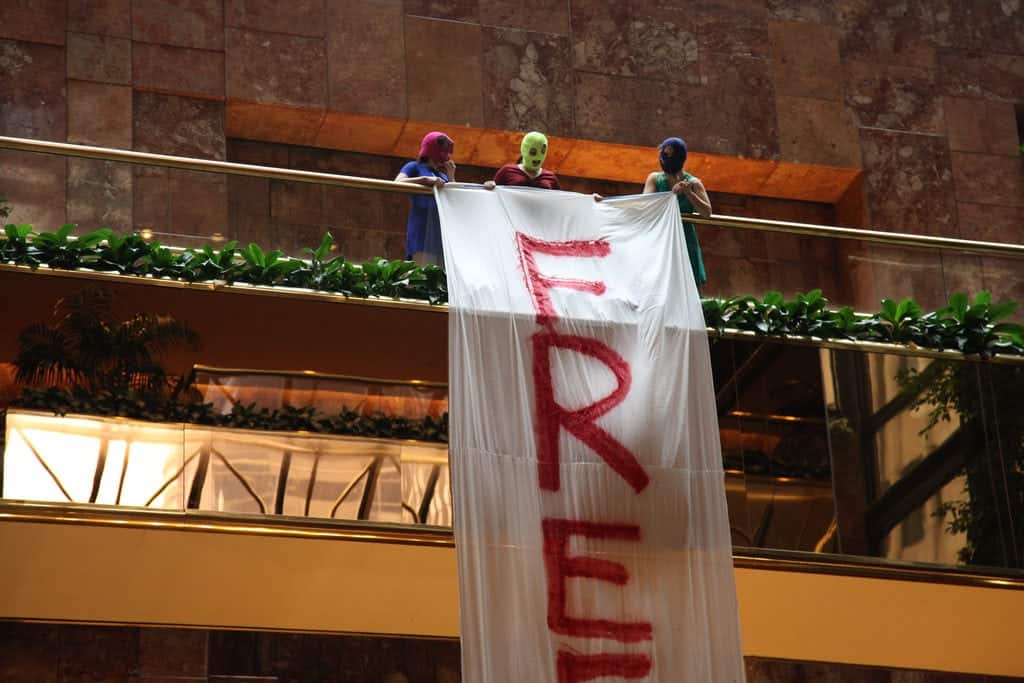 Filmmaker, writer and activist Ukrainian Oleg Sentsov is 94 days into a hunger strike after being sentenced to 20 years of hard labour on charges of plotting terrorist attacks in Crimea after the Russian Federation annexed it in March 2015.  He has allegedly been beaten and threatened with rape in order to extract a confession. He has been stripped of his Ukrainian citizenship and will be on trial as a Russian Citizen now Russia occupies Crimea.

After being initially in Yaktusk in Siberia he has been transferred to Labytnangi in Russia’s Arctic where he forbids his family to visit him, due to its depressive environment. Ukrainian director Sergei Loznitsa told DW that the injustice surrounding Sentsov’s case couldn’t be overstated: “Imagine that you’ve been caught in the street, sentenced without any reason, put in the harshest prison conditions and it’s quite possible that you won’t have the chance to ever get out of there. If you imagine this, it would become obvious to you, why Oleg decided to go on hunger strike.”

I’m not the only one to publish an open letter to Oleg Sentsov – there are many, including an impassioned one from Jonathan Littell in The Guardian and a telephone plea from President Macron to President Putin. But as Sentsov’s medical condition worsens to a critical point,  as fortune dictates that I cannot be there outside the Embassy this Tuesday for a planned vigil, this is my little bit to help as it seems more important than ever to draw attention to his cause and his plight so that his life might be saved and his incredible resolve and dedication honoured.

What ever happens next, you have won. I want you to know this.

I don’t know you,  but I wish I did as I am sure that I would find you a burning bright light of resilience against the increasing oppression of Vladimir Putin’s regime.  I want you to know that to mark your 100th day on hunger strike next Tuesday many of your supporters will gather with Pen and Pen International all over the world and at the Russian Embassy in London at 11am sharp for a vigil and to protest your imprisonment, demand that you are treated in a non abusive way and will, most of all, call for your release.

As you have two daughters and family in Ukraine and Crimea your gesture is even more self-sacrificing, even more courageous and it is not possible for me to imagine the emotional fluctuations and psychological pressures you are feeling right now, especially as the Russian Government refuse to allow you to have access to messages of support or knowledge of the many citizens around the world, including President Macron, who are concerned for your well-being.

We understand dear Oleg your decision to starve yourself in protest-your body is one of the few remaining weapons you have left and protest does not stop in prison, sometimes it even begins there. We understand the need to wrench control away from your persecutors even as it exacts a terrible price. We understand and we are willing strength to you.

You’ve not stopped protesting and you’ve not stopped working either. You’ve had two books published – “Buy this Book, it is Funny” and “Stories” and there is a film and stage production of “Numbers” in the works – what a show of inner strength and fortitude. What faith and belief.

So this is why you’ve won Oleg. What ever happens next. You’ve drawn more attention to your cause, to the abuses and crimes of Putin in Crimea and elsewhere – the more him and his mass of unthinking followers have tried to oppress you, the stronger and louder your voice has become.

Dear Oleg, I hope you can survive this very personal and life endangering protest. I’ve seen your feature film “Gaamer” and it’s a lovely lyrical and psychological work. There’s so much more in you. And you’ve inspired me and millions of others – me who has not even achieved a 1000th of what you have – am now resolved to go out and try harder every day and refuse – utterly refuse- to do anything which does not meet with my values – no matter the risk.

I do hope you and your fellow prisoners – there are so many of them locked away like you- will be released safe and well and I do hope that someday I might meet you. Until that day, stay strong and feel the support that is coming to you even if you can’t hear, see or read it. With love, from a fellow writer / film maker and citizen of the world.

If anyone wishes to show support they can meet at the Russian Embassy Tues 21st Aug at 11am. Please RSVP on the Pen UK website before hand.