By Mohammad Zaheer I had just begun my O levels when the first bombs dropped on Iraq- the opening salvo of a brutal and unnecessary military campaign that would forever change the world we live in, and not for the better. News coverage and water cooler conversation mainly focused on the chaos and carnage that […] 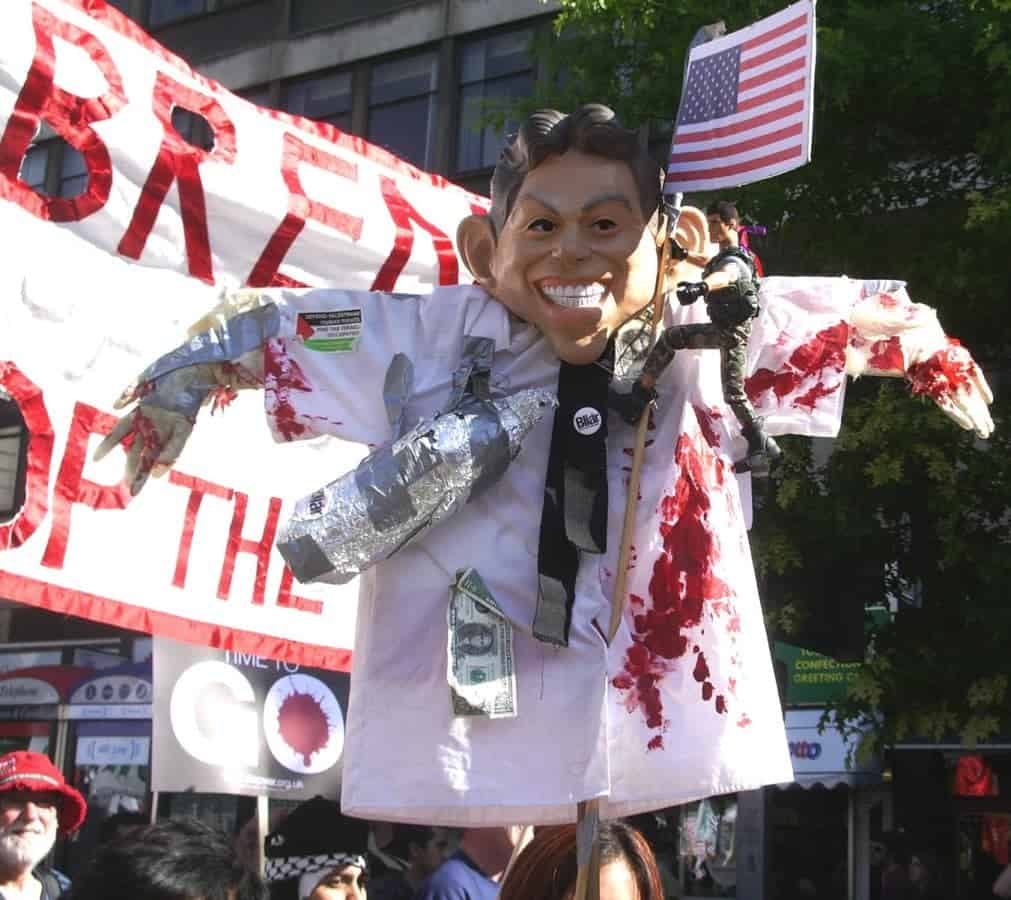 I had just begun my O levels when the first bombs dropped on Iraq- the opening salvo of a brutal and unnecessary military campaign that would forever change the world we live in, and not for the better.

News coverage and water cooler conversation mainly focused on the chaos and carnage that was being wrought at the time, as everyone slowly became desensitised to news of civilians losing their lives to one atrocity after another.

I was fortunate to be sheltered from it, despite living next door in Saudi Arabia at the time, but many of my friends and classmates had families there, and the toll the war took on them was there for all to see.

I remember the guilt that came with worrying about things like school results, scholarships and girls when children the same age as me were worrying about surviving the day or whether they were ever going to see their loved ones again. Every time the 14 year old me saw Tony Blair, there was a sense of deep betrayal that would never really go away. The naivety that comes with youth made it easier to see things in black and white. George Bush was a Republican. Those on the right have always had problematic attitudes towards foreigners and people from different religions, but Tony Blair was the leader of the Labour Party. They were supposed to be different. They were supposed to be the good guys.

Shockingly, even as the phony foundations for the Iraq war were laid bare, Tony Blair refused to accept any responsibility and the media refused to castigate him and the cheerleaders of the war for the charlatans that they were. This holds true, even today. While many in the media are rightly alarmed by John Bolton’s comeback over in the United States, there seems to be a double standard when it comes to the British individuals involved.

The United Kingdom lost a 179 brave service men and women whose families still grieve. With millions of lives lost and nations struggling with sectarian rife and tanked economies, how is it that the architects of this great deception have not yet been held to account?

Despite the best attempts of supporters of Blair and the centre right, we should not be shamed into forgetting about the Iraq war because we are all still living with its consequences. Almost every major crisis or disaster that is taking place in the world today can be traced back in some way or form to that ill-fated decision to take us to war.

The Iraq war spawned jihadist outfits like Isis, with a key role played by former members of the disbanded Baathist army lending their military expertise and skills. They poured into Syria, muddying the waters in the conflict and contributed to a major humanitarian and refugee crisis.

Many people, including Sir Jeremy Greenstock, believe that it was the fundamental loss of trust in politicians after the Iraq War that led to Brexit, with the prevalent belief that political leaders did not care about the views of their population.

But that does not stop media organisations from giving Tony Blair a spotlight to spout his views on the topic or to admonish Corbyn, whose principled opposition to the war sets him apart from many of his peers.

The sheer contempt with which Blair supporters and the so called ‘moderates’ mock those on the left whenever Iraq is brought up might make you think one was making mountains out of molehills instead of the single biggest foreign policy blunder in recent history.

They point to the fact that he won us three elections, as if this somehow absolves him of the blood on his hands.

Would the media give a similar platform to Harvey Weinstein or his enablers, and would his apologists dare point out that he produced some really good films? Yet it is mindboggling that this same standard is not applied to people whose decisions have led to over a million people dying.

The media was complicit in furthering false narratives in the build up to the Iraq war and played a pivotal role in the creation of the environment that made it possible. The least they can do is exercise some sort of restraint in providing platforms to people who have done so much harm ever again.