The truism ‘prevention is better than cure’ has become a lost relic in austerity-hit Britain. The cost of applying a plaster to crisis situations is more appealing in its simplicity than precluding societal ills, and thus we waste billions of pounds funding late institutional responses such as hospitals, prisons and care homes. As a social […] 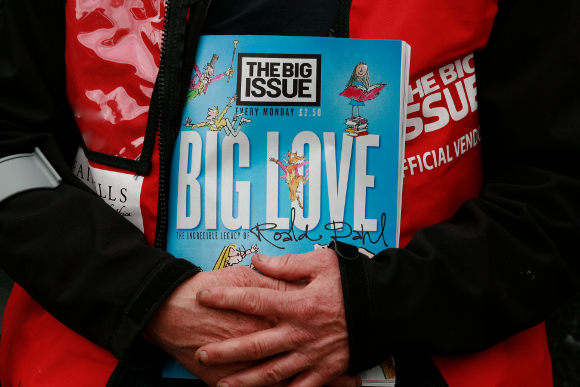 The truism ‘prevention is better than cure’ has become a lost relic in austerity-hit Britain. The cost of applying a plaster to crisis situations is more appealing in its simplicity than precluding societal ills, and thus we waste billions of pounds funding late institutional responses such as hospitals, prisons and care homes.

As a social business set up as a deterrence to homelessness The Big Issue has been in a prime position to observe the shift in mentality from prevention to cure. The homepage of the website splashes banners such as ‘We Believe in Trade, Not Aid’ and ‘We Believe in a Hand Up not a Hand Out’, referencing their long-established ethos; to give the most vulnerable people in our society a chance to earn a legitimate income to help them to reintegrate into mainstream society.

But it is a message that is not being heard. Co-founder John Bird explained in a recent issue that people often miss the point about what the paper is setting out to achieve. The Big Issue is a business solution to a social problem and vendors operate as micro enterprises with profit margins, cashflow and the rest. Vendors buy copies for £1.25 and sell for £2.50. They are working, not begging.

Bird explains:  “I suppose the biggest insult you can give me as Big Issue founder is to say to the vendor: “Here’s the money but keep the paper.” Which is a weird case of where we bring someone to the marketplace to work, yet people then turn them into a beggar.”

It also shows a degree of neglect for what is actually a very progressive publication. Some years ago Guardian cartoonist Steve Bell lampooned the publication with a skit entitled ‘The Bog Issue’, which featured a man who pops out to buy a copy of The Big Issue after running out of loo paper in a public toilet. A vendor of the magazine used to capitalise on this negative publicity by offering two staples for £2.50 with the magazine for free.

But for near 25 years the magazine has become synonymous with challenging, independent journalism. On the Ukraine crisis the paper has featured fascinating features from Ukrainian novelist Andrey Kurkov and viral videographer Yulia Marushevska, as well as an inside story on Transnistria, the nation you won’t find on any map, and what it tells us about the future of Europe. A recent dispatch summarised the sort of submissions that show up on the Letters pages week after week:

“I feel ashamed. I used to buy The Big Issue and give it straight back to the vendor. I felt clever and self-righteous. One day, a vendor politely refused and said: “Keep it. It is a good read.” I did and I was pleasantly surprised.”

Last year alone The Big Issue put more than £5million in the pockets of our vendors, releasing them from a dependence on hand-outs and providing an alternative to begging. The Big Issue Foundation offers backing and investment to social enterprises, charities and businesses which are seeking to prevent and tackle poverty and create opportunity, but don’t just buy a copy because you think you are doing good, buy a copy to be part of a solution to a problem. When it comes to the bleak reality of homelessness, prevention is the cure.