35,000 children in Leeds living on the breadline, but three of the city's MPs voted against extending free school meals. 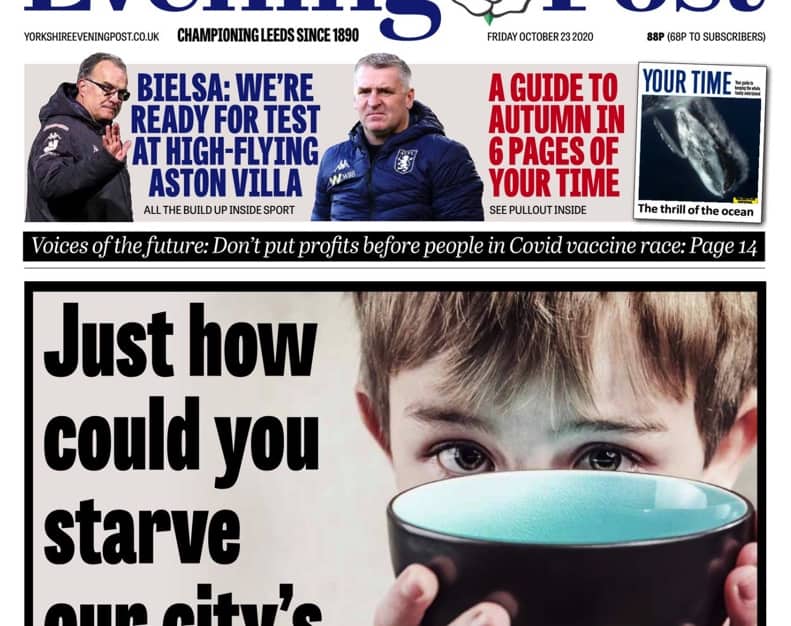 The Yorkshire Evening Post followed in The Mirror’s footsteps yesterday by calling out local MPs who voted against extending free school meals over the holidays until 2021.

Three MPs in Leeds – including the MP for Pudsey (Stuart Andrew), the MP for Elmet and Rothwell (Alec Shelbrooke) and the MP for Morley and Outwood (Andrea Jenkyns) – voted down a Labour motion which was defeated by 322 votes to 261, with Child Poverty Action Group saying ” We’ve reached a low point” with the Government ducking its “moral responsibility”.

It has sparked outrage since, with a campaign to end subsidised food and alcohol in Parliament reignited on the back of the free school meal snub.