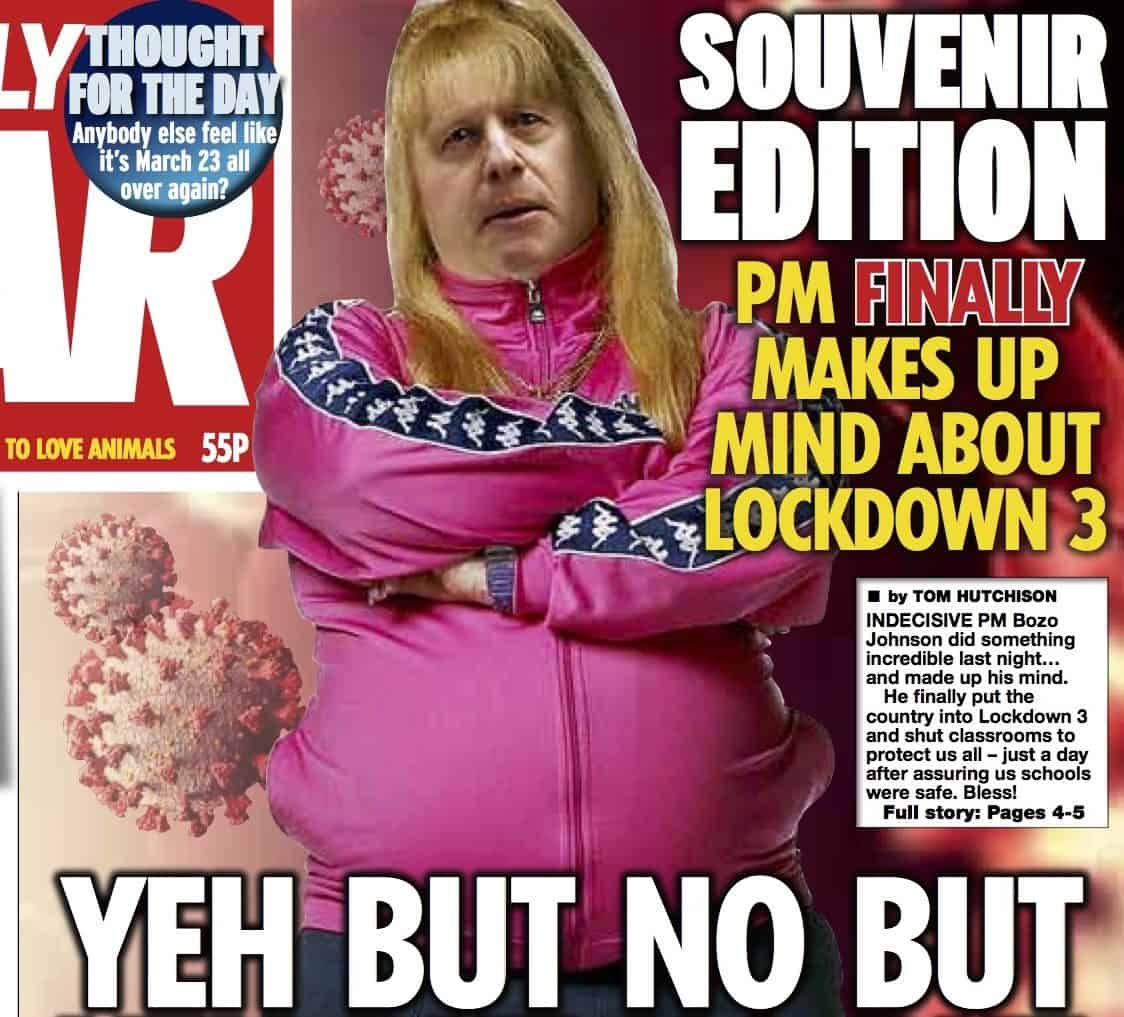 Boris Johnson has imposed the toughest national lockdown in England since March, shutting schools to most pupils to prevent the NHS being overwhelmed by surging coronavirus infections.

In a televised address to the nation on Monday evening, the Prime Minister pinned hopes on the rollout of vaccines to ease the restrictions, but warned that the measures being introduced immediately are expected to last until mid-February.

He told the country to stay indoors other than for limited exceptions and bowed to significant pressure to order primary schools, secondaries and colleges to move to remote teaching for the majority of students from Tuesday.

Enforcing the new national lockdown in England will put “a lot of pressure” on police officers whose numbers are already reduced by the coronavirus pandemic, a federation leader has warned.

Ken Marsh, chairman of the Metropolitan Police Federation – which represents front line officers in London, said some 1,300 were off sick or self-isolating in the capital.

His counterpart nationally, John Apter, wrote in the Daily Telegraph some forces were reporting 15% of their staff off sick or self-isolating.

Mr Marsh urged the Government to place police officers on a priority list to receive coronavirus vaccines, saying requests to the Government so far were “falling on deaf ears”.

With the new lockdown announcement in mind all of today’s national newspapers led with the irksome news. It comes as Boris Johnson warned the coming weeks will be “the hardest yet”.

The Times writes Mr Johnson’s plunging of the country into lockdown was a “desperate attempt … to prevent the NHS from becoming overwhelmed by the rising flood of Covid-19 cases”.

The Daily Telegraph leads with the “return to full lockdown”, but adds Mr Johnson has set out a timetable for 13 million vaccinations to be distributed by mid-February.

The Guardian writes new figures put the UK on course to surpass 100,000 Covid-19 deaths before the end of the month without urgent action.

And the Financial Times says the move is a U-turn, after Mr Johnson said colleges and schools should now be closed.

The Daily Mirror, Metro and the i call the latest move “Lockdown 3”.

And The Independent writes the measures will be in place until at least the middle of next month.

The Sun calls the latest lockdown “one last push”, while the Daily Mail writes that we’re “back to square one”.

The Daily Express leads on Mr Johnson’s call for the nation to “pull together”.

And the Daily Star mocks up an image of the Prime Minister as Vicky Pollard, calling him “indecisive”.