A Democrat candidate who has campaigned against lobbyists, especially oil lobbyists buying access to politicians in her area of West Virginia which has been heavily affected by fracking, was thrown out of a public hearing for attempting to detail some of the vast array of donations that lawmakers behind it had been given by the […] 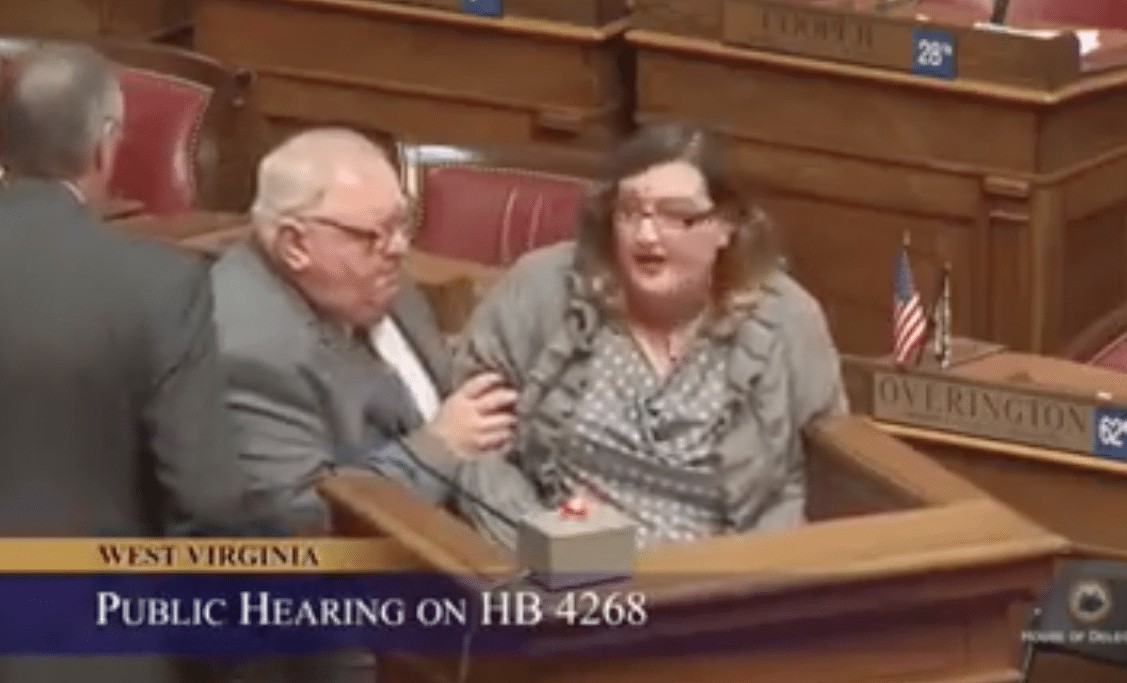 A Democrat candidate who has campaigned against lobbyists, especially oil lobbyists buying access to politicians in her area of West Virginia which has been heavily affected by fracking, was thrown out of a public hearing for attempting to detail some of the vast array of donations that lawmakers behind it had been given by the oil industry.

Lissa Lucas who is running for the West Virginia House of Delegates, District 7 (Ritchie and Pleasants) this year was attending a hearing into an oil and gas industry sponsored bill (HB 4268) allow such companies to drill on minority mineral owners’ land without their consent.

Lucas who has been campaigning against the corrosive effect that big donors have on US politicians, and against the trespassing onto land by fracking companies and dumping of fracking materials near the only public drinking water intake in Ritchie County, turned up at the hearing with a long list of donations to the politicians behind it.

Republican Delegate John Shott chairing the hearing, was first in the firing line.

But Shott immediately tried to cut her short when he realised what she was doing.

“Miss Lucas, we ask no personal comments be made,” he told her over his microphone.

“This is not personal comments,” she insisted.

“It is a personal comment and I’m gonna call you out of order if you talk about individuals on the committee. So if you would just address the bill. If not, I’ll ask you to please step down,” he said to her.

As Lucas continued to reel off donors, her microphone was cut off, and she was manhandled out of the West Virginia House Chamber.

“This is, of course, public information.” Lucas later posted on her website, adding:

“Allow me to point out that if Delegates genuinely think that my talking about who their campaign donors are—and how much they’re receiving from corporate lobbyists/corporate PACs—is an ad hominem attack… then they should be refusing those donations.

“Yeah, refuse any donation that, if someone mentions it, makes you feel personally attacked.

“Because that’s not an attack. That’s guilt. And you SHOULD be feeling that. Let that guilt about who you’re really working for inform your votes; don’t let the corporate money do it.” These are the full remarks that she also posted which she was prevented from fully reading out at the public hearing. The scale of donations from the energy industry is breath-taking:

I’m Lissa Lucas from beautiful Ritchie County, WV, right in the front lines of the Marcellus. I’m a mineral owner. And I’m here to tell you that ALL of us, no matter our party, want our property rights protected. The attack on property rights is an assault on rural people, and it goes against both party platforms.
While lobbyists have the money to buy your time at fancy gatherings like the Wine and Whisky gala at the Marriott on Wednesday—members of the public have been allotted just about 2 minutes each to make the case for our rights, so I’ll just have time to talk about four delegates.

Delegates you cannot, without the appearance of impropriety—and likely without actual impropriety—vote for this bill.

For those watching online or in the gallery, if your delegate votes to give away your rights to their corporate donors, you should get behind a candidate who’ll work for YOU, rather than someone who is getting paid to hand over your property rights to corporations. Save for Del Harshbarger, there are Republicans challenging them in the primary, and a Democrat who will challenge the winner, so in most cases there’s someone no matter your political persuasion.

Full disclosure: There is a Democratic challenger for Harshbarger—that would be me. But I’m here to talk about the sale of our constitutional rights, not to campaign. So let’s move on to Delegate Armstead.

Armstead is not a member of this committee, but he’s the guy who makes committee assignments for his party. His donors include the usual suspects—AEP, EQT, Dominion, FirstEnergy, etc. He got nearly $20K ($19,550) from energy donors, about 21% of his total. He seated on this committee everyone I’ve just talked about, and people I haven’t been allotted the time to talk about. Yeah, he’s working for those same donors, too.
Delegates, voting to help the corporations that bought you is moral turpitude. And if y’all vote to enable Big Government to tell tax paying citizens what we can do with our own durn property, you can bet there will be people like me coming out of the woodwork to challenge you… and to make sure you either represent the people, or you get the hell out.”