The New York Daily News reported that some of the mob which attacked the Capitol had defecated and trailed it through the building. 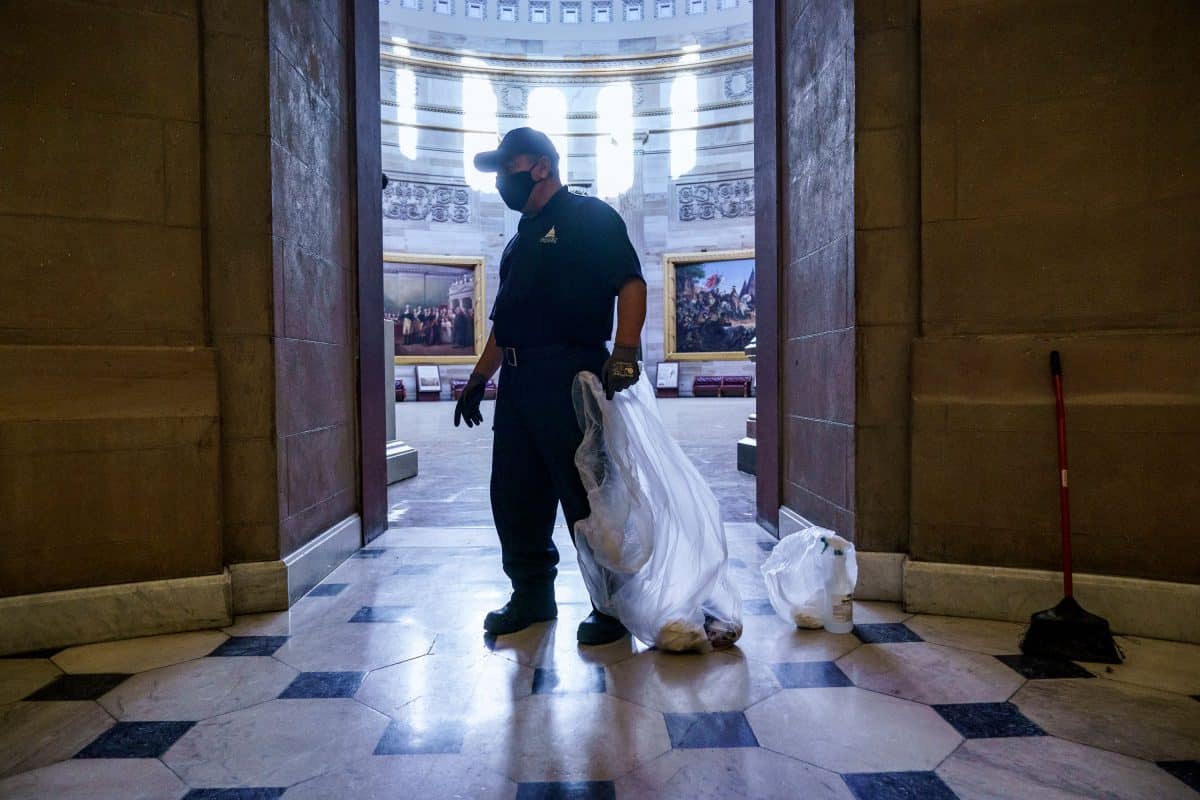 Pro-Trump rioters who stormed the US Capitol on Wednesday smeared their own faeces throughout the building, according to reports in the American press.

The New York Daily News said that the staff of Senator Chuck Schumer – the Democrat leader in the Senate – discovered that some of the mob which attacked the building had defecated, before “tracking” their excrement throughout the building’s hallways.

Brown footprints were found in some Capitol hallways, the paper said, quoting a source who said: “It looked like they tracked it around.”

Meanwhile, following the shocking events, President Donald Trump has announced that he will not attend the swearing-in of Joe Biden on 20 January.

In a tweet on Friday afternoon, Trump said: “To all of those who have asked, I will not be going to the Inauguration on January 20th.”

The statement, made hours after he begrudgingly acknowledged his defeat in November’s election and less than two weeks before he is due to leave office, is not a huge shock – but is yet another of the string of democratic norms shattered by Trump during his four years in the White House.

In a video shared on Twitter on Thursday night, Trump finally appeared to concede defeat, calling for a smooth transfer of power to Biden.

“The demonstrators who infiltrated the Capitol have defiled the seat of American democracy,” he said. “To those who engaged in the acts of violence and destruction, you do not represent our country. And to those who broke the law, you will pay.”

But, perhaps unsurprisingly, the more conciliatory tone did not last long. Taking to Twitter on Friday, Trump said: “The 75,000,000 great American Patriots who voted for me, AMERICA FIRST, and MAKE AMERICA GREAT AGAIN, will have a GIANT VOICE long into the future. They will not be disrespected or treated unfairly in any way, shape or form!!!”

Although there are just twelve days until Biden’s inauguration, whether Trump will still be the president when his successor is sworn in is far from certain.

Democrats, incensed by Wednesday’s shocking events, pressed forward with plans to impeach Trump on Friday. House Democrats said they could fast-track the process, enabling a vote on Trump’s removal to take place by the middle of next week.