Former president Barack Obama said: “Even as we’ve battled the pandemic, we’ve continued to neglect the longer-lasting epidemic of gun violence in America.” 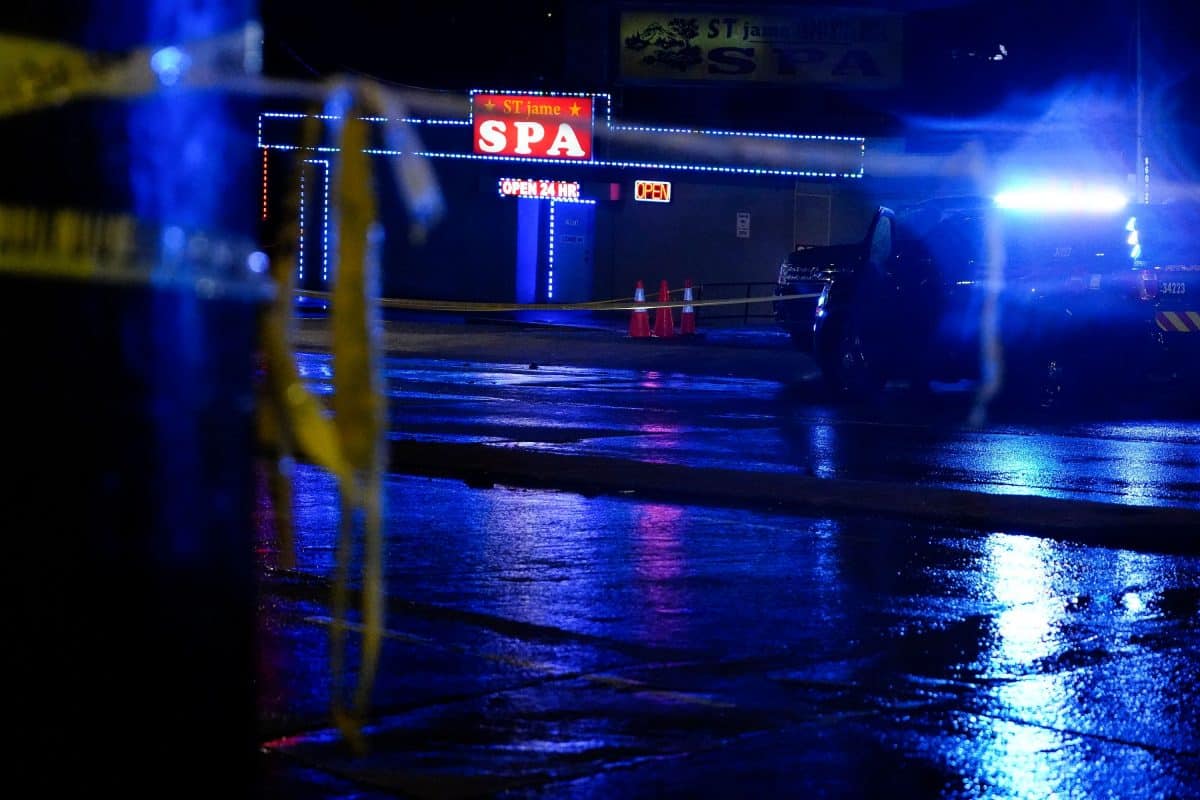 The suspect in a series of shootings that left eight people dead at massage parlours in the Atlanta area may have a “sexual addiction”, officials have said – but claimed it was too early to say if the attack was a hate crime.

Police arrested a white 21-year-old Georgia man who they say has taken responsibility for the shootings, while denying they were racially motivated, although many of the victims were women of Asian descent.

Officials told reporters that Robert Aaron Long, from Woodstock, said he was a frequent visitor to massage parlours and intended to eliminate the temptation he thought they posed. Officials would not say whether sex took place at the parlours where the shootings occurred.

“He made indicators that he has some issues, potentially sexual addiction, and may have frequented some of these places in the past,” said Sheriff Frank Reynolds of Cherokee County, where one of the targeted businesses was.

He said it was too early to tell if it was racially motivated, “but the indicators right now are it may not be. We believe that he frequented these places in the past and maybe have been lashing out”.

Atlanta Police Chief Rodney Bryant said it was too early to say if it was hate crime, but many members of the Asian American community said they felt they had been targeted.

“We’re in a place where we’ve seen an increase in hate crimes against Asian Americans since the pandemic started,” said Georgia state representative Bee Nguyen. “It’s hard to think it is not targeted specifically toward our community.”

Two people died at the scene and three were taken to hospital where two more died, he said.

About an hour later, police responding to a call about a robbery found three women dead from apparent gunshot wounds at Gold Spa near Atlanta’s Buckhead area.

Officers then learned of a call reporting shots fired across the street, at Aromatherapy Spa, and found another woman apparently shot dead. “It appears that they may be Asian,” Bryant said.

The attacks came after a recent wave of assaults on Asian Americans that coincided with the spread of coronavirus across the US. The virus was first identified in China, and then-president Donald Trump and others have used racially charged terms like “Chinese virus” to describe it.

Over the past year, thousands of incidents of abuse have been reported to an anti-hate group that tracks incidents against Asian Americans, and hate crimes in general are at the highest level in more than a decade.

Former president Barack Obama said: “Even as we’ve battled the pandemic, we’ve continued to neglect the longer-lasting epidemic of gun violence in America.”

While acknowledging that the gunman’s motive was not known, he said “the identity of the victims underscores an alarming rise in anti-Asian violence that must end”.

Surveillance video recorded a man pulling up to the Cherokee County business about 10 minutes before the attack there, and the same car was spotted outside the Atlanta businesses, authorities said.

A manhunt was launched, and Long was taken into custody in Crisp County, about 150 miles south of Atlanta, Mr Baker said.

Video evidence “suggests it is extremely likely our suspect is the same as Cherokee County’s, who is in custody”, Atlanta police said in a statement.

South Korea’s Foreign Ministry said its diplomats in Atlanta have confirmed with police that four of the victims who died were women of Korean descent. The ministry said its Consulate General in Atlanta is trying to confirm their nationalities.