Dog meat is neither legal nor explicitly banned in South Korea. 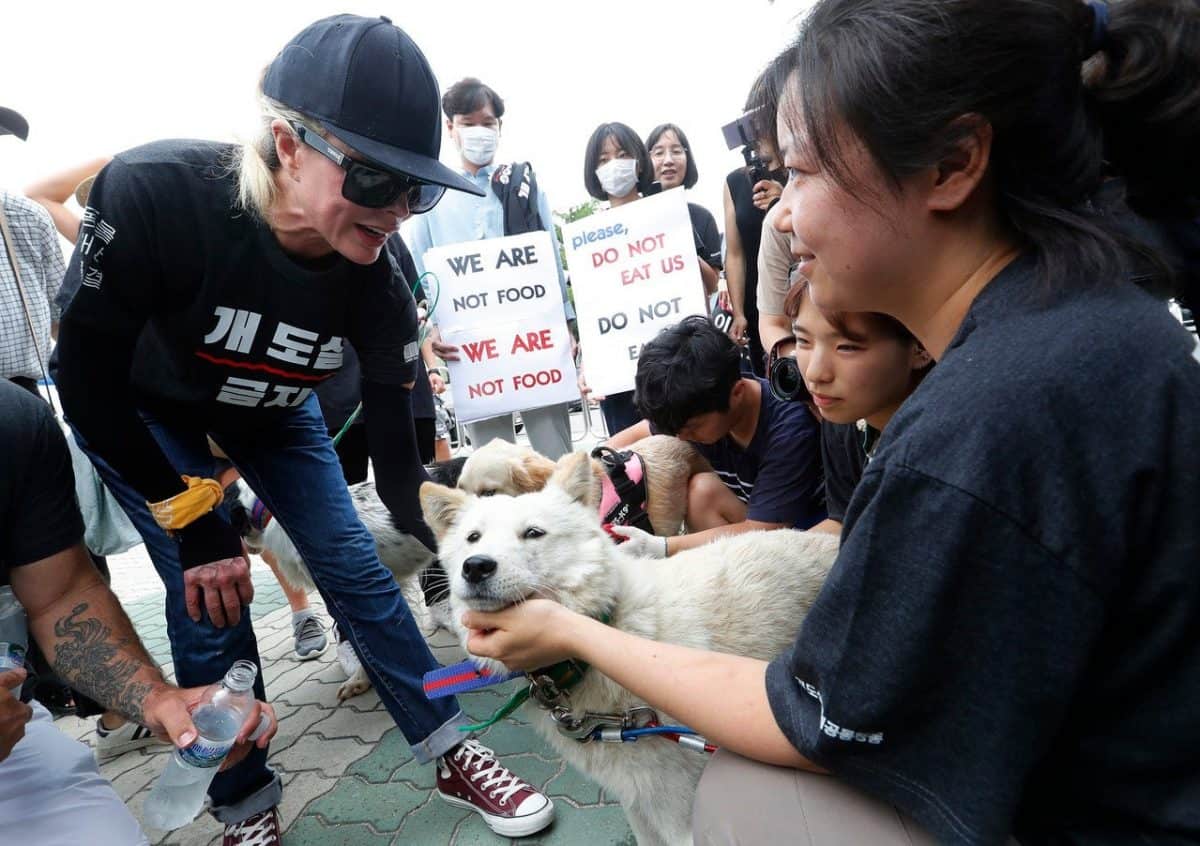 Kim Basinger, left, with a pet dog during a rally to oppose eating dog meat, in front of the National Assembly in Seoul (Ahn Young-joon/AP)

Dozens of people opposed to the consumption of dog meat, including US actress Kim Basinger, have protested in Seoul to mark a “dog meat day” in South Korea.

About 20 others stood on the opposite side of the road calling for the legalisation of dog meat. There were no reports of violence.

Under a traditional belief, Friday is the first of three hottest days in South Korea.

Many South Koreans believe eating dog meat or chicken soups on those three days gives them strength to beat the heat.

Basinger said: “We have to end this cruelty on this planet.”

Dog meat is neither legal nor explicitly banned in South Korea. Dog meat restaurants are a dwindling business in South Korea in recent years.