Jury selection is set to begin on Tuesday in the New York case. 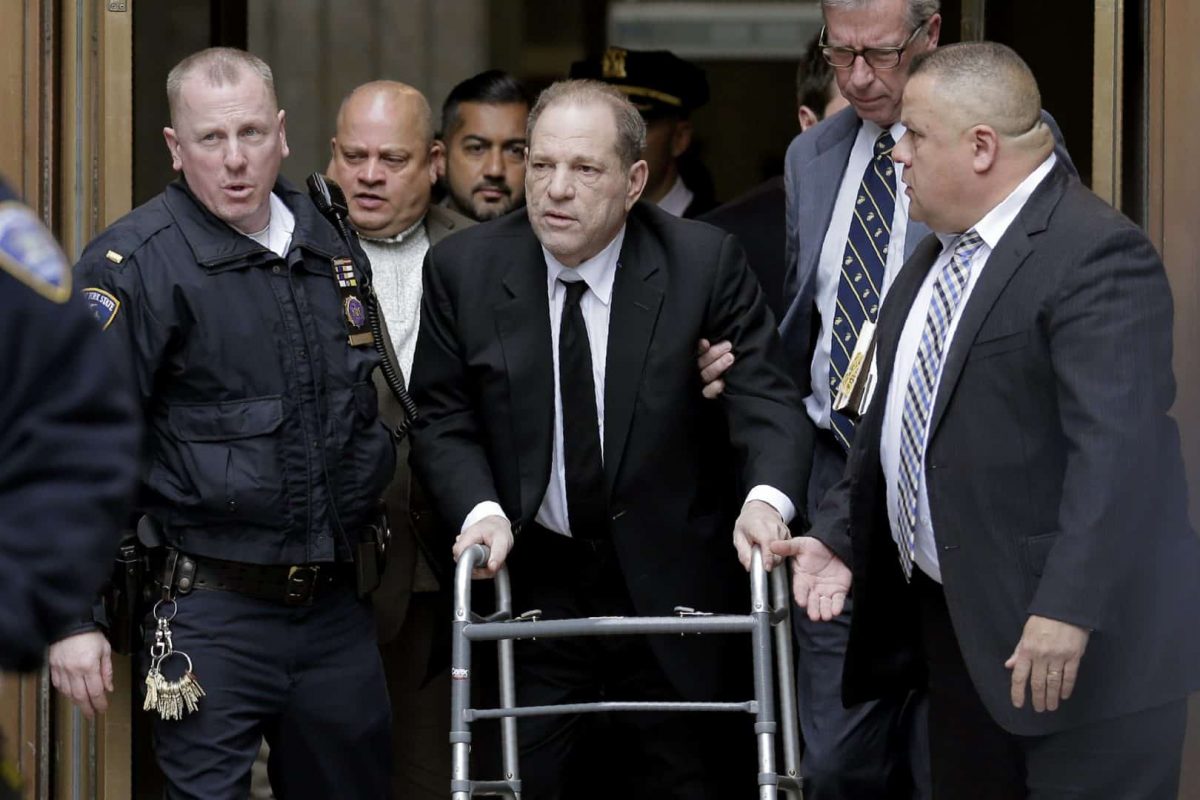 Los Angeles prosecutors have charged Harvey Weinstein with sexually assaulting two women on successive nights during Oscars week in 2013, bringing the new case against the disgraced Hollywood mogul on the eve of jury selection for his New York trial.

The case, brought by a taskforce set up by the Los Angeles County district attorney to handle sex crime allegations against major entertainment figures, puts Weinstein in deep legal peril on both coasts, where he built his career as the one of the most powerful figures in showbusiness before a barrage of allegations from more than 75 women led to his downfall and ignited the #MeToo movement.

Weinstein, 67, was charged with raping a woman at a Los Angeles hotel on February 18 2013, after pushing his way inside her room, then sexually assaulting a woman in a Beverly Hills hotel suite the next night.

He could get up to 28 years in prison on charges of forcible rape, forcible oral copulation, sexual penetration by use of force and sexual battery. 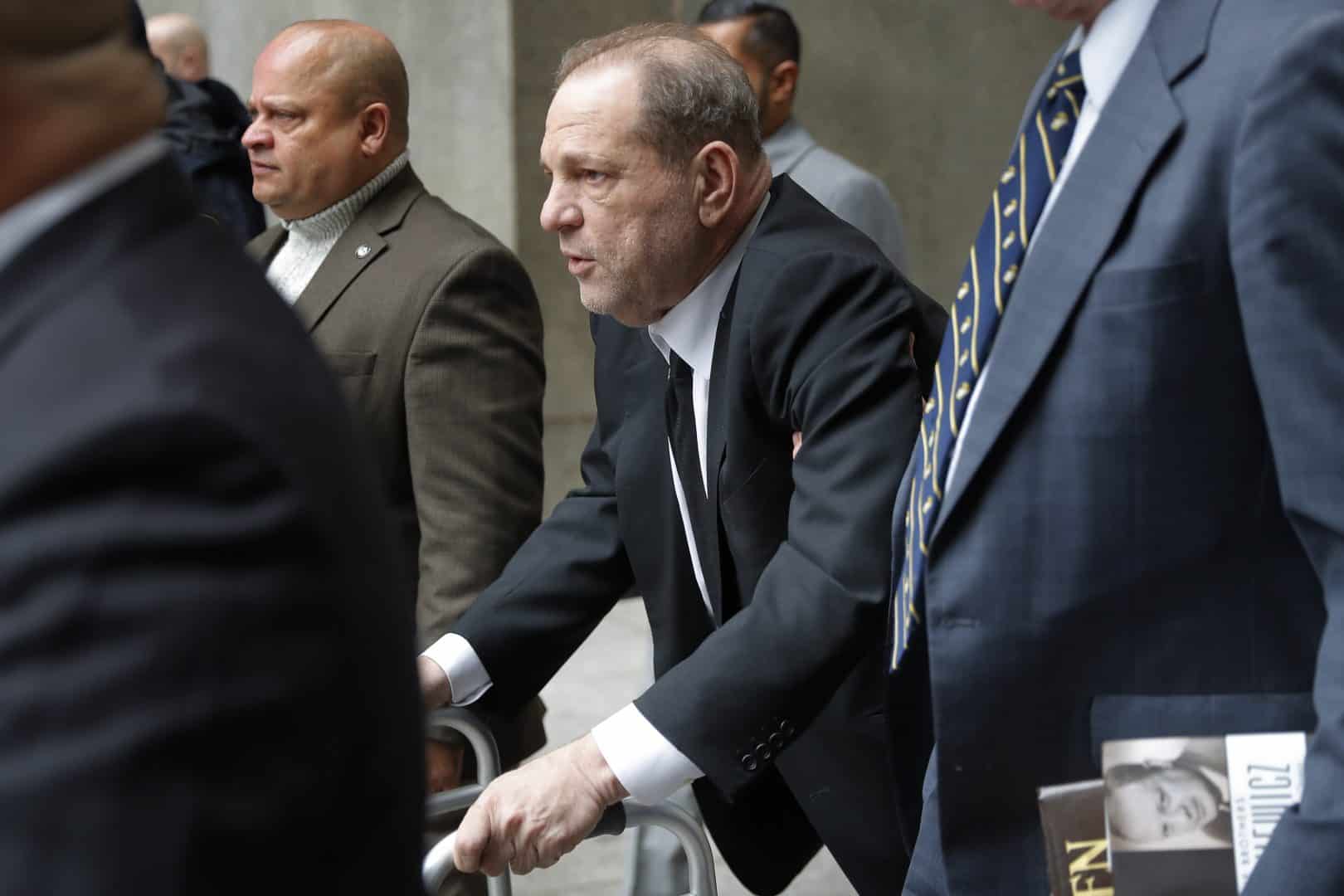 “We see you, we hear you and we believe you,” district attorney Jackie Lacey said in announcing the charges, addressing the movie producer’s accusers.

Los Angeles Police Chief Michel Moore said the charges open the “next chapter” for a man “who has gotten away with too much for too long”, while Beverly Hills Police Chief Sandra Spagnoli called the cases “horrendous crimes perpetrated by a sexual predator”.

Weinstein has repeatedly denied any wrongdoing.

Jury selection is set to begin on Tuesday in the New York case, in which Weinstein is charged with raping a woman in a New York City hotel room in 2013 and forcibly performing a sex act on another woman, Mimi Haleyi, in 2006.

He has said any sexual activity was consensual. If convicted of the most serious charges in New York, two counts of predatory sexual assault, he faces a mandatory life sentence.

The charges announced on Monday in LA took more than two years to file because the women were reluctant to provide all the information necessary, according to Ms Lacey. 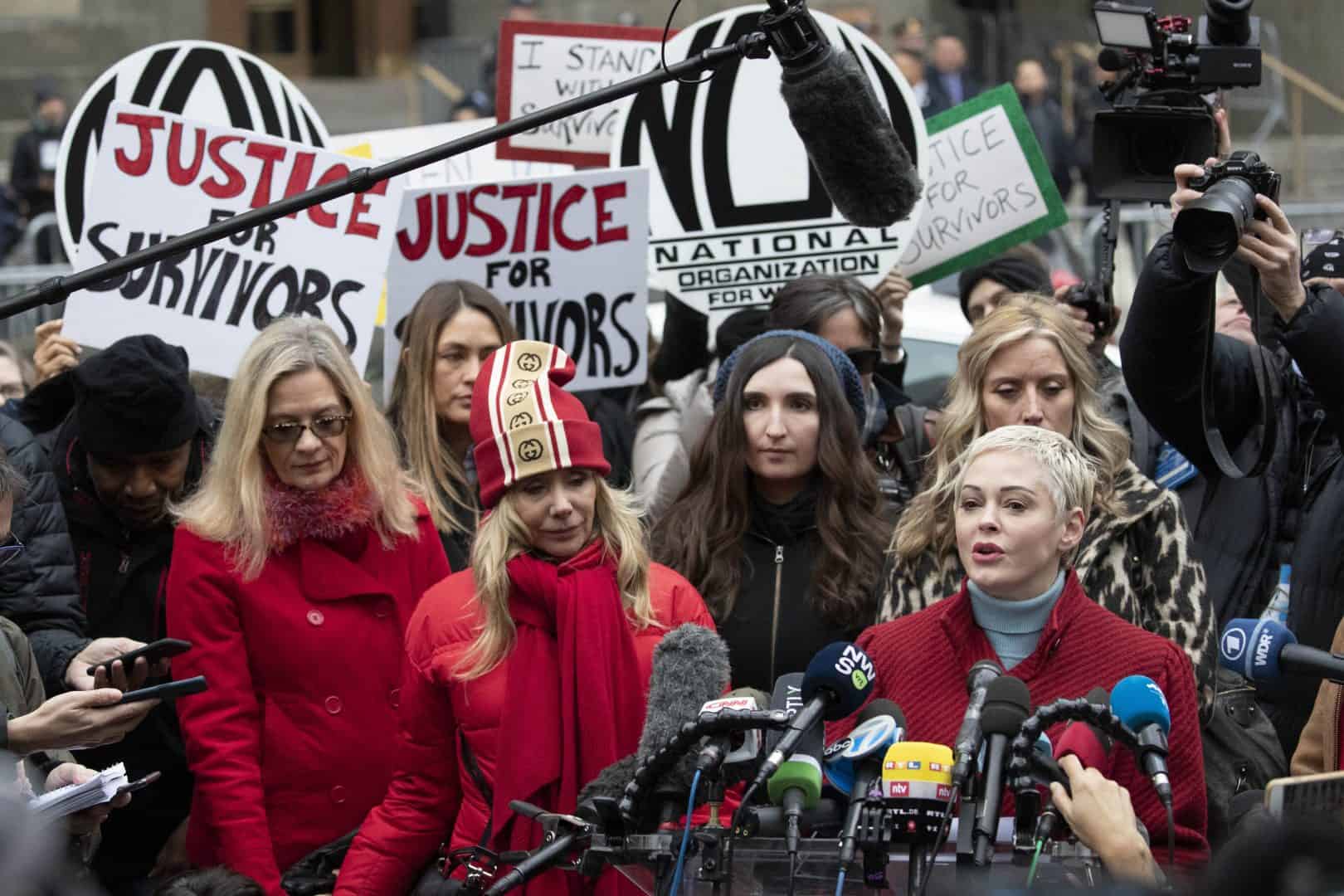 The taskforce is still investigating allegations against Weinstein from three women, the district attorney said.

Weinstein is expected to appear in court in LA after his trial in New York, Ms Lacey said, adding that prosecutors will recommend 5 million dollars (£3.8 million) bail.

Ms Lacey urged other victims to come forward: “We need the voices of all victims to help us remove sexual predators from our community and protect others from these violent crimes.”

She said the timing of the LA charges was unrelated to the New York trial, adding the filing and the announcement came on the first business day in which all the necessary people could be gathered.

Neither woman has stepped forward publicly, but one of them is expected to give evidence in the New York case as part of an effort by prosecutors to portray Weinstein as a sexual predator with a distinct pattern of conduct.

Celebrity lawyer Gloria Allred, who represents Haleyi and actress Annabella Sciorra, who is scheduled to give evidence against Weinstein in New York, welcomed the new charges.

“The walls of justice are closing in on Harvey Weinstein. He is now being prosecuted both in New York and Los Angeles,” Ms Allred said, adding: “Women are no longer willing to suffer in silence and are willing to testify under oath in a court of law.”

The alleged attacks in LA came days before the Hollywood studio boss was photographed on the Oscars red carpet with his fashion designer wife Georgina Chapman, who was pregnant at the time.

At the 2013 Academy Awards, Weinstein had several major contenders, including Silver Linings Playbook, Django Unchained and The Master. His movies took home an armful of Oscars, including Jennifer Lawrence’s first Academy Award and trophies for director Quentin Tarantino and actor Christoph Waltz.

Earlier on Monday, Weinstein and several of the women who have accused him converged at a New York City courthouse for final preparations for his trial.

His lawyers suggested they knew the additional charges might be coming, asking the judge to sequester the potential jurors because of that possibility. The judge denied the request.

Weinstein entered the courthouse using a walking frame following recent back surgery. Asked outside how his back felt, he responded with a thin smile and a so-so gesture with his hand.

Across the street, actresses and other women who say they were sexually harassed or assaulted by Weinstein branded him a villain undeserving of pity.

“He looked cowardly. He wouldn’t look at us. He wouldn’t make eye contact,” said Sarah Ann Masse, a performer and writer who said Weinstein once sexually harassed her in his underwear during a job interview. “This trial is a cultural reckoning regardless of its legal outcome.”