Germany - initially beset by issues over supply - has given a vaccine dose to less than six per cent of its population. 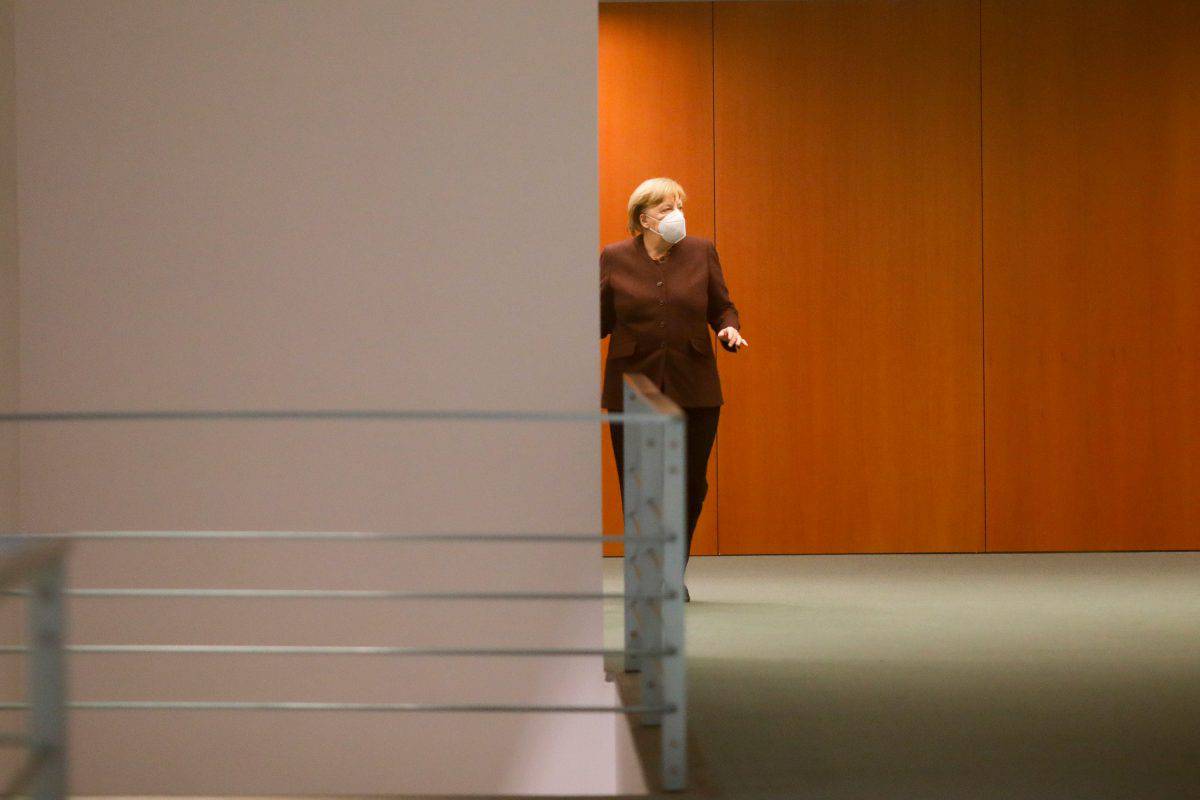 Germany’s vaccination effort is beset with problems – because people are failing to keep appointments if they are going to be given the Oxford/AstraZeneca vaccine.

Just 150,000 out of 1.5 million doses of the jab – which some European leaders have, often baselessly, poured scrutiny on – had been used on Friday, the Times reported, threatening to detail its already flailing vaccination programme.

Whereas the UK has given at least one dose to more than 26 per cent of its population, Germany – initially beset by issues over supply – has managed less than six per cent by comparison.

At the Tegel vaccination centres in Berlin, which are only distributing the Oxford vaccine, fewer than 200 people are turning up for the 3,800 daily appointments.

The reputation of the jab has been undermined by briefings against it by politicians across the continent – and a controversial decision in Germany not to use it for over-65s, despite the European Medicines Agency and the World Health Organisation recommending its use for all adults.

“The vaccination booths are ready, the vaccine is there and so are the vaccination teams,” Karl Lauterbach, a Social Democrat MP and epidemiologist, said yesterday. “But the vaccine remains unused because not enough people show up for the appointment. This is an absurd and unbearable situation.”

Real-world data, released on Monday, found that the AstraZeneca jab is having a “spectacular” impact on preventing serious illness in the UK.

Research led by Public Health Scotland found that, in the fourth week after a first dose, hospitalisations were reduced by 94 per cent for the Oxford vaccine – and 85 per cent for the Pfizer jab.

There are growing calls to let anyone who wants the AstraZeneca jab to receive it, even those outside priority groups like healthcare workers, to stop vaccine doses being wasted.

“Under no circumstances should a situation arise in which we leave vaccine doses unused or in which the progress of the vaccination campaign is clearly delayed because people do not take up their vaccination offer,” Leif-Erik Sander, from the Charité hospital in Berlin, said.

Politicians in the European Union criticised Britain for speeding up the approvals process for vaccines – which has typically been a month quicker than Brussels.

“When I look at the public discussion in Germany, a lot has been misunderstood,” Christian Drosten, the country’s most prominent virologist, claimed.

The mayor of Berlin, Michael Müller, has threatened to send people who refuse the jab and ask for the Pfizer vaccine to the back of the vaccination queue.

“I won’t allow tens of thousands of doses to lie around on our shelves while millions of people across the country are waiting to be immunised,” he told the city’s Tagesspiegel newspaper this weekend. “Those who don’t want the vaccine have missed their chance.”

Similar problems are arising elsewhere in Europe, too. In Belgium, where the Oxford jab will not be given to anyone over 55, healthcare workers are objecting to receiving it.

“If it turns out that we will be vaccinated with the AstraZeneca vaccine, we will go on strike,” a nurse in a Flemish hospital told the Het Laatste Nieuws newspaper yesterday.