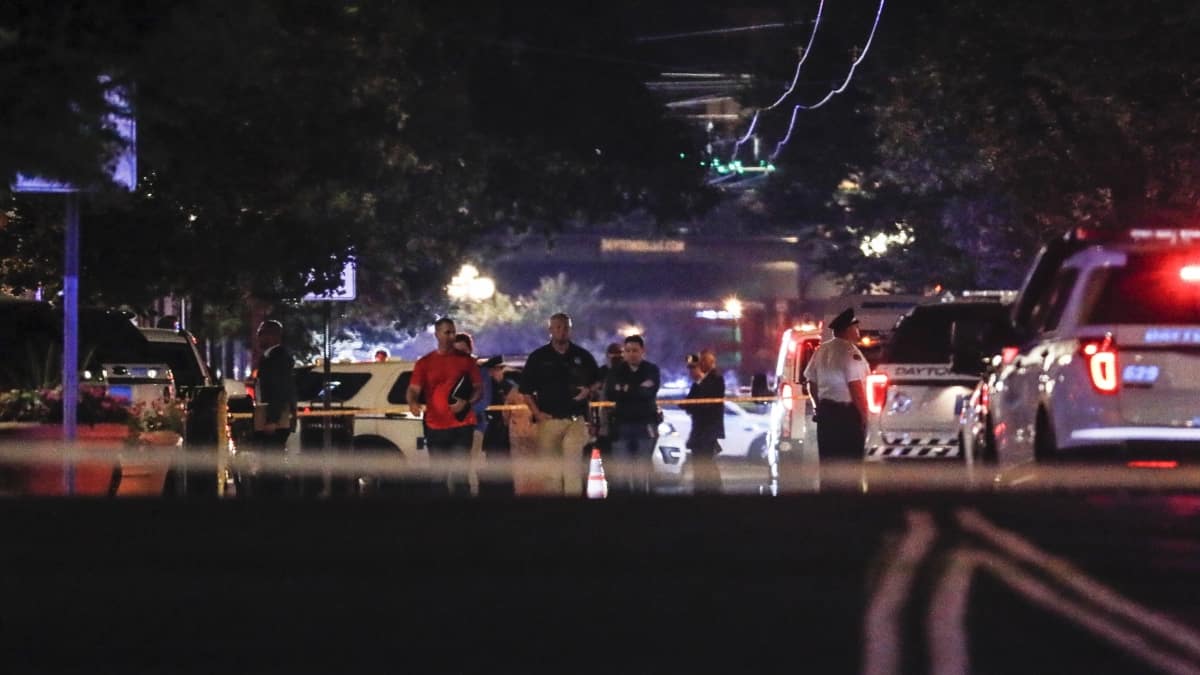 President Donald Trump has denounced two mass shootings in Ohio and Texas, saying “hate has no place in our country”.

He said he has been speaking to the attorney general, FBI director and members of Congress and will be making an additional statement on Monday.

Mr Trump pointed to a mental illness problem in the US, calling the gunmen “really very seriously mentally ill”.

He said the problem of shootings has been going on “for years and years” and “we have to get it stopped”.

The shootings in El Paso, Texas, and Dayton, Ohio, over the weekend left at least 29 people dead.

Democratic politicians were keen not to let killings that appear to be linked with white nationalism to be dismissed as a mental illness problem alone.

Police said they believe the accused in the mass shooting in Texas posted a diatribe on 8chan where many such racist views are found, which described a xenophobic fear of Texas having too many Mexicans. A Twitter account in the alleged terrorist’s name appears to have praised Donald Trump and his wall along the Mexican border.

The President in his last election campaign described Mexicans as drug dealers and rapists and recently tweeted that ethnic opponents should “go home” to their countries.

“There is complicity in the president’s hatred that undermines the goodness and the decency of Americans regardless of what party,” New Jersey Senator Cory Booker said.

“To say nothing in a time of rising hatred, it’s not enough to say that ‘I’m not a hate monger myself.’ If you are not actively working against hate, calling it out, you are complicit in what is going on.”

South Bend Mayor Pete Buttigieg said confronting white nationalist terrorism would be embarrassing for a president who “helped stoke many of these feelings in this country to begin with”.

Senator Kamala Harris of California also found blame in Mr Trump’s use of language, which she said has “incredible consequence”.

“We have a president of the United States who has chosen to use his words in a way that have been about selling hate and division among us,” she told reporters before attending services at a black church in Las Vegas.

Senator Bernie Sanders opened a town hall meeting with a moment of silence and by calling for universal background checks for firearms purchases and more restrictions on assault weapons.

“Assault weapons are designed for one reason. They are military weapons. And I don’t have to explain that to the people in Las Vegas who experienced the worst gun tragedy in the history of this country,” Mr Sanders said.

He urged Senate Majority Leader Mitch McConnell to call senators back to Washington, saying the Senate should “have a special session to address gun violence in America and let us finally have the courage to take on the NRA”.

He also criticised the president.

“I say to President Trump, please stop the racist anti-immigrant rhetoric,” he said. “Stop the hatred in this country which is creating the kind of violence that we see.”

On Sunday, Mr Trump tweeted praise of law enforcement and said that “information is rapidly being accumulated in Dayton” and that “much has already be learned in El Paso”.