Italy is struggling to contain the killer virus 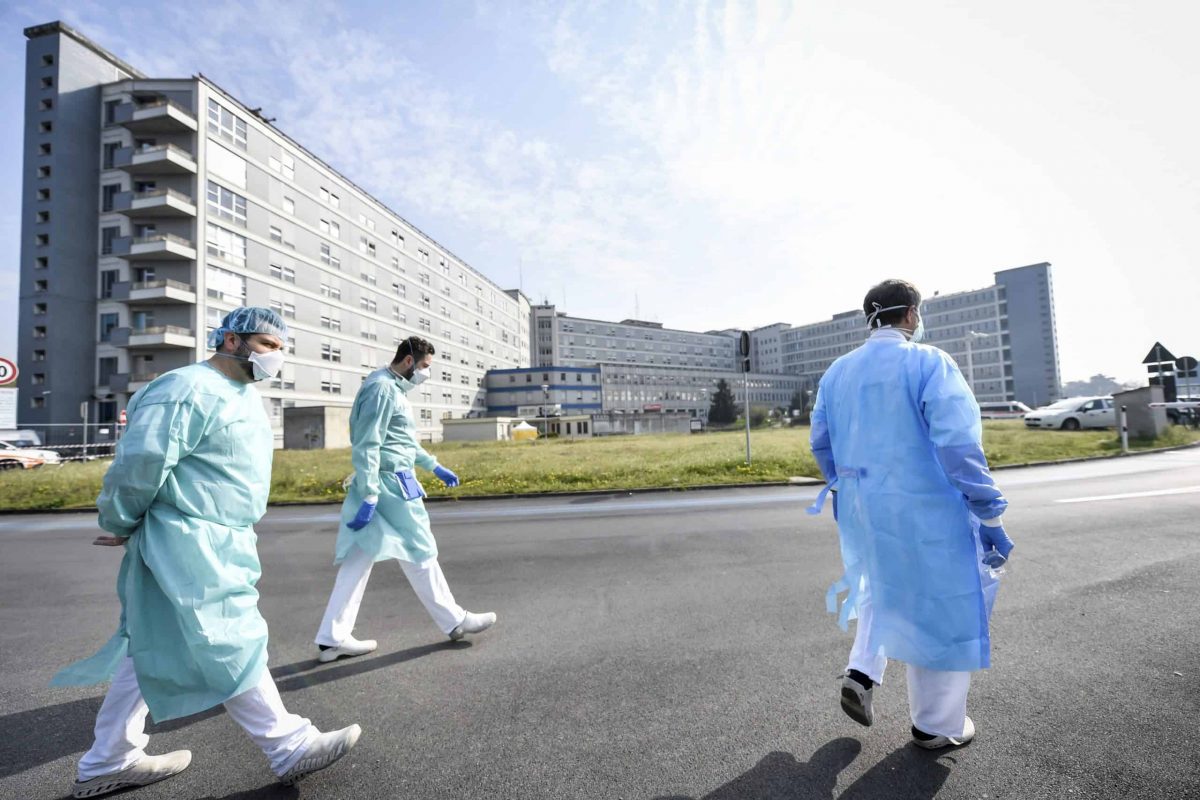 Medical staff walk at the Samaritan’s Purse field hospital that is being set up in Cremona, northern Italy, Friday, March 20, 2020. A Christian evangelical group headed by the son of the late televangelist Billy Graham has sent a field hospital to northern Italy to tend to coronavirus patients, joining China in offering aid to Italy’s overwhelmed health care system. For most people, the new coronavirus causes only mild or moderate symptoms. For some it can cause more severe illness. (Claudio Furlan/LaPresse via AP)

The death toll from the outbreak of coronavirus in Italy has leapt by 627 to 4,032 – the largest daily rise since the disease emerged a month ago.

Until today, the country had not recorded more than 475 deaths in a single day. Officials confirmed that record had now been surpassed with the death toll rising by 18.4% on Friday.

More than a quarter of a million cases have been detected in 161 countries and territories around the world.

Wuhan, the city in China where the outbreak began, offered a ray of hope with no new infections reported for a second day in a row and only 39 cases reported nationwide — all of them brought from the outside, the government said.

The effects of a global economy grinding to a halt were also taking a toll, and the UN chief warned of a looming global recession “perhaps of record dimensions”.

In a measure of how the fortunes of East and West have shifted, a Chinese Red Cross official heading an aid delegation to Milan castigated Italians for failing to take their national lockdown seriously.

Sun Shuopeng said he was shocked to see so many people walking around, using public transport and eating out in hotels, adding: “All people should be staying at home in quarantine.”