The witness, now 61, claimed the performer grabbed her and kissed her when she was 14 in 1975. 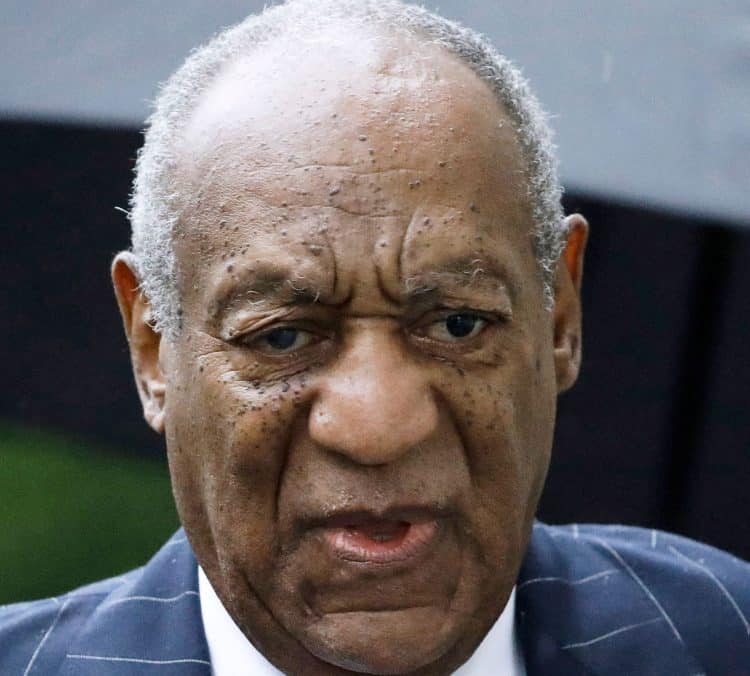 A woman gave evidence that she was 14 when Bill Cosby took her into a trailer on a movie set in 1975, grabbed her so she could not move her arms, and kissed her.

“I was struggling to get away,” she said.

“It was very shocking.”

The woman, now 61, told her story in a public venue for the first time during a Los Angeles County civil trial over the lawsuit of Judy Huth, who alleges Cosby sexually assaulted her at the Playboy Mansion when she was 16 at around the same time, in the spring of 1975.

The woman gave evidence that she, her mother, and other family and friends were on the Los Angeles set of the film Let’s Do It Again, starring Cosby and Sidney Poitier, where Cosby had invited them to act as extras after meeting them at a tennis tournament a few months earlier.

She said Cosby invited her alone into his trailer to help him straighten the bow tie he was wearing for a scene.

“He immediately grabbed me,” she said.

“He started kissing me, all over my face, tongue down my throat.”

Asked by Ms Huth’s lawyer Nathan Goldberg how tightly Cosby was holding her, she replied, “enough that I couldn’t get away”.

After about 30 seconds she pulled free and left.

Pictures were shown in court of Cosby and the 14-year-old together at the tennis tournament, with him smiling and his arms around her.

Other photos were shown of Cosby and the girl with her family on the set of the film.

Ms Huth would later meet Cosby on a different set of the same film.

Old photos from the mid-1970s have loomed large at the trial, one of the last remaining legal claims against Cosby after his Pennsylvania criminal conviction was thrown out and other lawsuits were settled by his insurer.

Two photos of Cosby and Ms Huth at the Playboy Mansion were shown during earlier evidence.

Cosby has denied sexually assaulting Ms Huth, and his lawyer says the case is about her attempt to cash in on the pictures.

The woman who gave evidence said after leaving the trailer, she did not tell anyone she was with what happened with Cosby, who is not attending the trial.

“It was a once-in-a-lifetime opportunity,” she said. “I didn’t want to ruin everything for everyone.”

They went about the rest of their day, appearing in a boxing scene for the film shot at the Grand Olympic Auditorium.

In her cross-examination of the woman, Cosby lawyer Jennifer Bonjean showed a still from the film of the girl and her brother cheering in the front row next to the boxing ring.

Bonjean asked whether she had been distraught at the time.

“I probably was,” the woman said.

“I was distraught when I was in there,” she said.

The woman said she did not speak of the incident until telling her husband years later, and telling her teenage daughter years after that.

Ms Bonjean asked whether multiple media reports with allegations in 2015 about Cosby caused her to come forward and tell her story to Gloria Allred, who along with Mr Goldberg represents both her and Ms Huth.

The woman said one brief Allred clip prompted her to do this after she heard Cosby’s denial, but said she had no intention of filing a lawsuit when she sought out Ms Allred.

The woman is not a party to the lawsuit, but is being allowed to give evidence along with one other woman about her experiences for Ms Huth’s case.

Ms Bonjean gave serious challenges to the other witness, Margie Shapiro, who has told her story several times before to media outlets and in a news conference with Ms Allred.

Ms Shapiro testified that when she was 19 in November of 1975, she was at the Playboy Mansion with Cosby when he gave her a pill, which she took voluntarily. She said she later woke from unconsciousness to find him raping her.

Ms Bonjean produced a document that showed Ms Shapiro was supposed to be in court as a defendant on the day she said she met Cosby when she was working at a donut shop near the set of another film he was making.

“If I needed to I would have taken a short break.”

Ms Bonjean also grilled Ms Shapiro over a matchbook that was produced in court that Ms Shapiro said she got at Cosby’s house when they stopped there briefly before going to the mansion.

“After this drugging and raping you kept a memento?” Ms Bonjean asked.

“It was important, whether it was good or bad,” Ms Shapiro answered.

Ms Bonjean also challenged Ms Shapiro over her evidence that she knew the pill Cosby gave her was not a Quaalude, a depressant popular in the 1970s, because of the coding etched on it.

She pointed out that in a 2016 interview with police she had said the pill had looked like a Quaalude and that Cosby told her it was one.

One of the jurors, many of whom were not born in the 1970s, raised a hand and asked the judge for clarification on what a Quaalude was.

Ms Shapiro compared it to Valium.

Ms Shapiro said she angrily went looking for Cosby’s house days later but could not find it.

Ms Bonjean asked whether it was true that she was upset because Cosby had declined to take her to the Playboy Mansion, and that she and Cosby had consensual sex at his house and she did not like the way he treated her afterward.

“I was upset because he raped me,” she said.

Ms Huth and Ms Shapiro have publicly allowed themselves to be identified several times.