Witnesses infected with hepatitis and the widow of a man given Aids by contaminated blood have given evidence to the Infected Blood Inquiry. 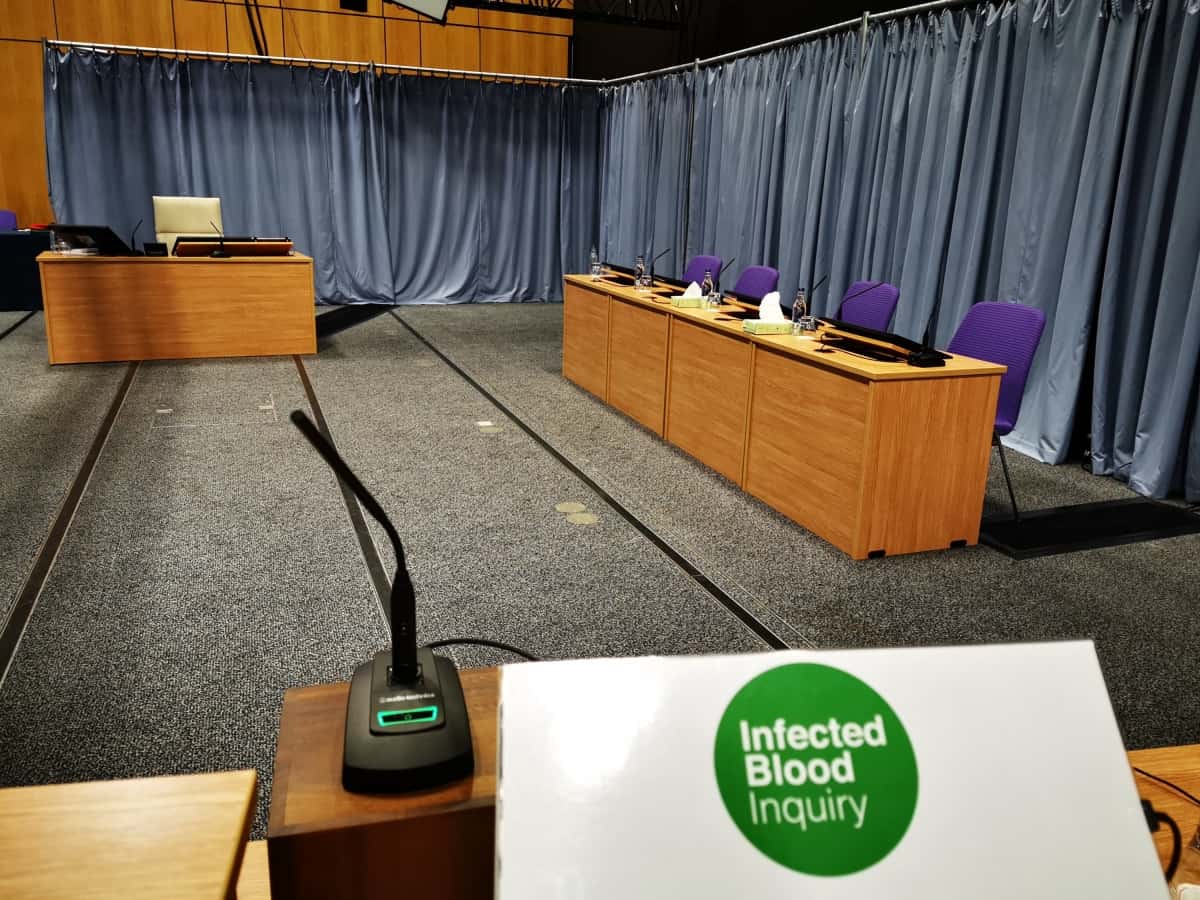 A former police officer, a care worker who almost took her own life and the widow of a man whose HIV was kept secret from them both have told an inquiry of the devastating impact of infected blood transfusions.

The Infected Blood Inquiry in Edinburgh heard from four witnesses who have suffered as a result of receiving contaminated blood in the 1970s and 1980s – a scandal believed to have cost an estimated 2,400 lives.

One of the witnesses, Maria Armour, received contaminated blood from a Glasgow hospital after suffering a miscarriage in 1981, but was not diagnosed with hepatitis C for another 16 years despite years of tests leaving her fearing for her life.

The mum of two told the hearing how she woke up in hospital after being taken to the Royal Samaritan Hospital for Women by ambulance to find she was being given a blood transfusion.

Ms Armour dealt with illnesses caused by the virus, which affects the liver, and said she was made to fear having cancer or Aids because she was kept in the dark by doctors, who kept her waiting three months to be told she had tested positive for hepatitis C.

Ms Armour explained how the diagnosis finally came during a time when there was a lot of publicity and focus on HIV and Aids, and said: “My symptoms were the same as the end stages of Aids, with the sores appearing on the body, diarrhoea, et cetera, so that’s what I was worried about – I thought I was at the end stages of that and maybe they weren’t telling me.”

Asked how she felt to get the diagnosis, the former care worker said: “Devastated. I knew it was the end of my career.”

“Jade and Laura – my daughters – were struggling, I was struggling, and within those few days I was thinking about people I could have infected through the years,” she added.

“The guilt that I felt was terrible.”

A few days after Ms Armour’s doctor told her that the infection had come from her blood transfusion, she tried to kill herself but was found by one of her daughters who called an ambulance.

Describing how the scandal has affected their family, Ms Armour’s daughter Laura Brown said: “Both my mum and my sister have attempted to take their own lives because of this.

“It’s robbed her of everything.

“She has a death sentence every day and we’ve waited 14 years to get the truth and answers she deserves.”

The inquiry also heard from the widow of a man who contracted Aids from infected blood during his treatment for leukaemia, although it was only revealed to her 10 years after his death.

It was only a chance encounter with the doctor who treated her late husband which she believes resulted in him telling her, and sending her for tests to check she had not contracted Aids.

“It’s like the bottom falling out of your world because all I could think of was ‘Oh my God, what if I had given it to our girls?’,” she said.

The widow, referred to as Mrs U, said she felt betrayed by the doctors who she believes had known for a long time about her late husband having Aids, but had kept it from them, adding that virtually all medical records about him have been lost by the NHS.

“The fact that you were betrayed and you’re shocked devalues you as a human being, you just lose your self worth.

“What are you worth if you can be treated like that, and I believe that he should have told us.”

She added: “I don’t think I have ever trusted anyone since.”

A police officer who served for 30 years, and spoke under the condition of anonymity, received several blood transfusions following a car crash, which left him infected with hepatitis C – an illness he kept secret from almost everyone he knew.

Having suffered with flu-like symptoms, the man referred to as Mr T went to his GP and his eventual diagnosis left him feeling “just numbness”. He broke down in tears before he went to work later that night.

“I asked her how much time I had left,” he said, admitting being “quite ignorant” about the condition.

He said: “It’s going through your mind ‘how did I become infected and then who could I have possibly infected?’. You never get that out your mind.”

Another witness told how he had become infected by contaminated blood during treatment as a child, but only discovered that he had hepatitis C when he was 20 years old – years after doctors had recorded it in his medical notes.

“I was 20 years old and my future was wiped out,” he said in a statement, adding: “I thought I was going to die.

“Going back to when I was 20, that was my life wiped out as far I was concerned. I didn’t tell any of my colleagues in work and kept it quiet for 10 years. Only my close friends and family knew. It was like living on Death Row.”

The civil servant, who was also granted anonymity, also later discovered that his employer had been told about his hepatitis – by his doctor – before he had been told himself.