The brothers spoke out over the ‘false story’ on the day the Queen called a summit to discuss the Duke and Duchess of Sussex’s future plans. 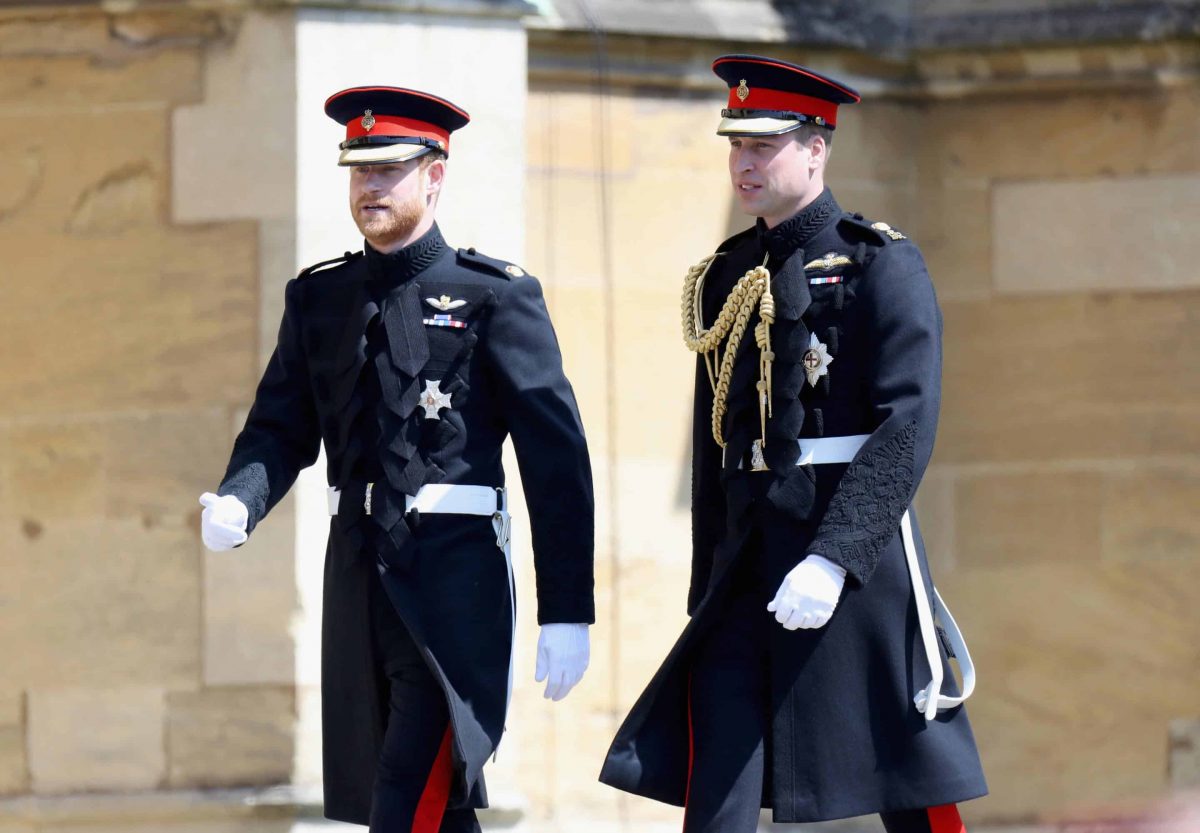 The Duke of Cambridge has issued a joint statement with the Duke of Sussex, denying a newspaper claim about the brothers’ relationship which they branded “offensive and potentially harmful”.

William and Harry spoke out on the day the Queen called a summit at Sandringham for senior royals to discuss face to face for the first time the Sussexes’ bombshell plans to forge a new role for themselves.

The statement did not name the newspaper but the Times has a front page story about the crisis, and says a source told the publication that Harry and Meghan “regarded themselves as having been pushed away by what they saw as a bullying attitude from the Duke of Cambridge”.

The report goes on to say that these allegations have been contested by other sources close to the Cambridges and Harry.

A joint statement issued on behalf of the princes said: “Despite clear denials, a false story ran in a UK newspaper today speculating about the relationship between the Duke of Sussex and the Duke of Cambridge.

“For brothers who care so deeply about the issues surrounding mental health, the use of inflammatory language in this way is offensive and potentially harmful.”

There has been much speculation about the relationship of the brothers who, a few years ago, were working closely together on charitable projects and lived yards from each other at Kensington Palace.

But Harry has conceded that the siblings are moving in different directions and their relationship, although close, has come under real strain.

Harry and Meghan made clear in their statement last week that they want to step back from being senior royals, become financially independent and split their time between North America and the UK.

In a documentary, filmed during the Sussexes’ tour of southern Africa last autumn, the duke said he and William were now “on different paths” and have “good days” and “bad days” in their relationship.

The decision to quickly deny the allegation of bullying reveals that the brothers want to let the public know they may have their differences but behind the scenes things are amicable.

Meghan, who is in Canada, is likely to join the discussions between the Queen, Charles, William and Harry via telephone as the foursome talk through a range of options that have been prepared.

Ahead of the meeting, the royals will have been given written proposals produced by their offices and others, including relevant government departments from the UK and Canada, where it is thought the Sussexes will establish a second home.

Harry and Meghan are said to have left the Queen and senior royals feeling “hurt” by their shock announcement.

Last Thursday, the Queen, the Prince of Wales and William gave orders for their households to work with the Sussexes’ team to quickly find a “workable solution” to their desire to change the direction of their royal lives, but still support the Queen.

Key issues will be money – how the couple will make a living without compromising their position in the royal family – and security, as Canada may be asked to pay to keep the couple safe while they live abroad.

It is understood that all aspects are up for discussion, including their titles of His and Her Royal Highness.

A royal source said: “As we have said previously, making a change to the working life and role in the monarchy for the Duke and Duchess of Sussex requires complex and thoughtful discussions.”

Timings for the meeting have not been released by Buckingham Palace but a large media presence that had gathered outside the gates of the Queen’s private Norfolk home in anticipation of developments were later moved on to a nearby visitors’ centre.

The Duke of Edinburgh, who is not thought to be part of the discussions, was seen being driven in the area, but it is likely the private secretaries of the four senior royals will join the meeting at some point.

Related – As a non-Royalist, why do I find myself increasingly defending its family members against so-called patriots?