No confidence votes, by-elections, and more Partygate fines. Life is set to get very tough for Boris Johnson - but has he found a way out? 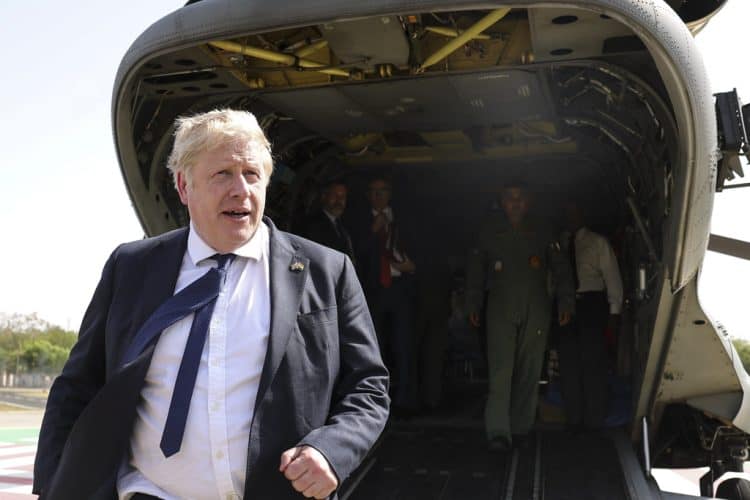 If anyone is brazen enough to give this a go, it’s the man currently occupying party central… sorry, 10 Downing Street. Political insiders and serving MPs now believe that Boris Johnson is planning out a route towards an early General Election for the UK in 2023.

BoJo’s stock has hit an all-time low. Partygate has smeared his once-invincible public image, and the Conservative leader now faces the biggest crisis of his entire career. So why would calling an early election even cross his mind?

Karl Turner is a senior MP for the Labour Party. He believes that Johnson is going to call for a national vote, in order to save his own skin. With turbulent months ahead for Boris, he needs to do something to ensure that his colleagues all rally around him.

And, as reported by the Mail on Sunday, Boris might already be cooking-up his latest ‘get out of jail free’ scheme.

BoJo may take ‘his biggest gamble yet

Dozens of Tories have expressed they no longer have confidence in Johnson. And, with the upcoming local elections and Wakefield by-election taking place within the next six weeks, the results will serve as a clear public mandate on the PM’s vulnerable reputation.

Should the electorate reject the Conservatives in these votes, it’ll put the party on a collision course with its own leader – and Boris the gambler may have to take the shock step of calling for an early election, simply so he can see off a no-confidence vote.

As Turner said earlier – Boris Johnson is certainly ‘ruthless enough’ to go ahead with it.

“Liar Johnson will threaten his backbenchers with an early general election in an attempt to see off a confidence vote and leadership challenge. The whips will be doing a ring round this weekend. Trouble is, Johnson is ruthless enough to do it.”

“I don’t think we will actually get an early election. Tories don’t like losing, and they will lose this, guaranteed. But he will [still threaten them with a General Election] anyway. It’s a good time for an election… country has had enough.”

William Bracken is the Commissioning Editor of Politics.co.uk. He believes that Boris Johnson could do something EVEN RISKIER than calling for an early election – by submitting his own request for a vote of no confidence in himself.

“Don’t be surprised if this most brazen of political leaders, is about to cue another high-risk plan. After the May elections, expect Boris Johnson to go on the attack. It will start with a far more active defence of both his actions and his premiership.”

“Soon after, Boris may announce that he himself has written to Sir Graham Brady requesting a ‘vote of confidence’ from his parliamentary colleagues. Here he will declare, that the uncertainty over his premiership can continue no more.”