By Jack Peat, TLE Editor  Nasal, uncharismatic and incapable of eating a bacon sandwich in public, Ed Miliband has been the target of vitriol personality attacks since winning the Labour party leadership contest against his brother in 2010. One of the lines that has become synonymous with the election is, “I could vote Labour, but not […] 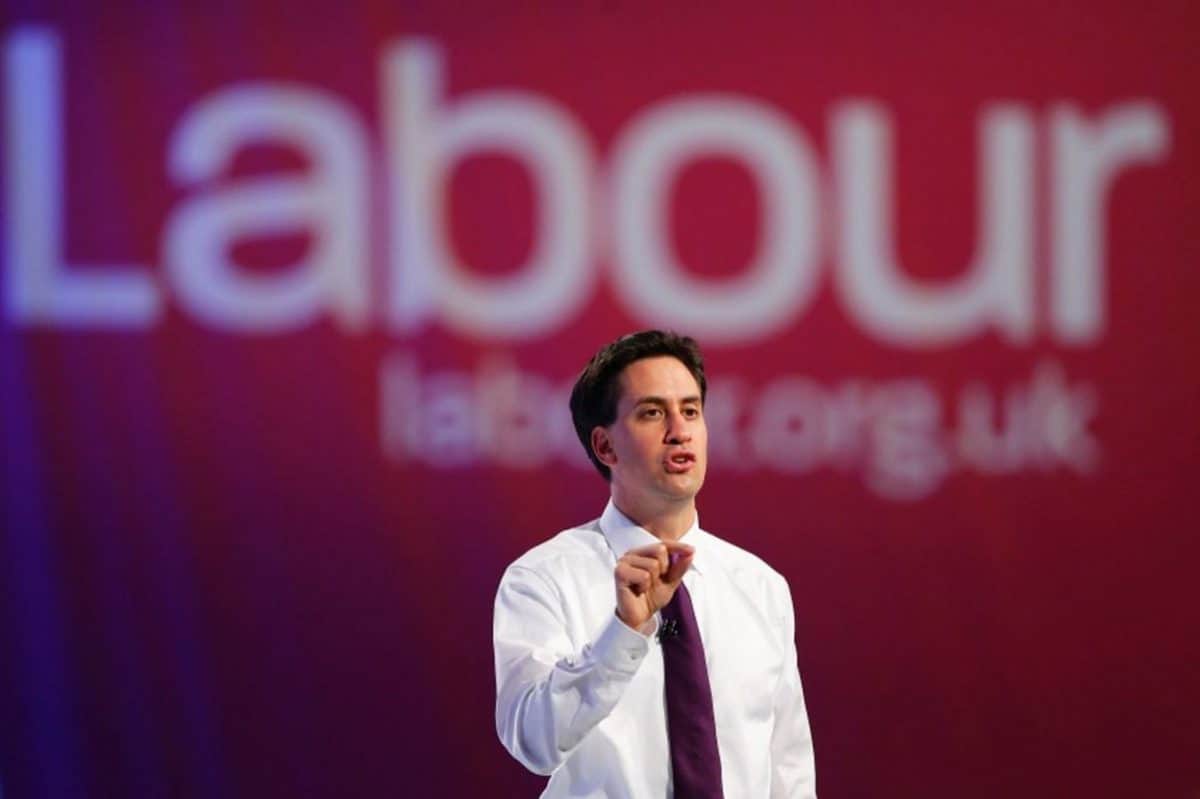 Nasal, uncharismatic and incapable of eating a bacon sandwich in public, Ed Miliband has been the target of vitriol personality attacks since winning the Labour party leadership contest against his brother in 2010.

One of the lines that has become synonymous with the election is, “I could vote Labour, but not Ed Miliband”. Curious logic given the nature of party politics and, well, democracy, but perhaps not surprising given that political engagement has become about switching on the TV for a debate rather than fighting for issues (argh cringe) that really matter.

Miliband is well aware that the biggest obstacle to winning the election is getting people to like him rather than what he believes in. He kicked off the Labour campaign outlining that he is a man of principle and not part of a personality cult, but that doesn’t cut it with the electorate. John Humphrys inferred to Miliband that he might be “too ugly” to be British Prime Minister, even the Washington Post supposed he might be too ‘weird’ to take the job.

But here’s the thing. This is politics, not personality. The General Election, not Britain’s Got Talent. And it is a telling sign that the Labour leading is being mauled for his character, and not his intellect or morals.

In an age when the plight that is inequality cripples the country, the bank balances of the wealthy outstrip the poor ten to one but their interests are protected regardless of this injustice, the left needs a talisman. Miliband doesn’t fit the political personality cult, but it is his politics we are voting for.

As Owen Jones notes in his latest publication, ‘The Establishment, and how they get away with it’, when Ed Miliband was elected leader, he was regarded as an unacceptable break from Establishment thinking. Red Ed was seen to have been elected on the back of Trade Union leaders, but in truth it was their members that voted him in, not leaders. His overall margin of victory against his brother, David, was 28,299 votes, although that wasn’t widely publicised in the media.

Many people believe that if David Miliband was in charge Labour would win the next election. I disagree. David is a continuum of Thatcherism, old New Labour. He argued in the leadership contest that Labour should learn from the Tory politician of the 1950s, Rab Butler, and should avoid the ‘comfort zone’ of just opposing the Conservative-led government’s policies. This would have served to alienate core Labour voters as well as pushing swing seats towards the ruling party.

Jones, writing in his Guardian column, offers a rather amusing parallel universe where David Miliband did indeed defeat his brother in the leadership contest. David, elected leader because of an elusive “prime ministerial” quality, soon saw divisions emerge within his party and the electorate. He is seen as a weak touch, slow to criticise the government and unable to capitalise on opportunities. “Polls suggested he was seen as more “out of touch with everyday concerns” than David Cameron” and “Labour’s support for the disastrous US-British bombing of Syria brought back bad memories of Blair and Iraq”.

Jones hypothetically concludes: “Commentators began to look back to Ed Miliband’s leadership campaign. He may have the similar wonky, geeky traits to his brother, they said, but perhaps he would have at least kept the party together and taken the fight to the Tories. As a divided, nearly-bankrupt party lurched towards electoral defeat, it became almost a cliche to speculate that maybe, just maybe, Labour had picked the wrong brother.”

Instead of re-hashed Blairism, Ed Miliband offers a real alternative to the Conservatives. As the economy improves and people get back in to work, Labour has to point out where the faultlines in society exist to be in with a chance of winning the election.

Ed is working hard to unveil precisely what these cracks are. In a Today interview on Monday, Miliband said: “I am fighting because there is a huge choice between whether the country is run for the most rich and most powerful or a Labour government that puts working people first.”

Inequality is rightly at the top of his agenda. Poverty in one of the richest countries in the world is wrong, and it is a political failing, not a personal one. The Sports Direct economy in which the owner appears at the top of the country’s rich list but his staff are on zero hour contracts must be dealt with in a hands-on way, and Ed is one of few leaders who is committed to restoring balance to a country that is worryingly out of kilter.

Under the Tories, the NHS has been slowly dismantled. In order to stop the privatisation of our public health service we need Ed, not David E, or David C. A letter published in the Guardian from US doctors warned that, on the current course, the NHS is on a “slippery slope” to pay-as-you-go healthcare. It has also been revealed that a report by former Marks & Spencer boss Stuart Rose has not been published despite being in Tory hands since December. It is thought to look at controversial issues such as the contracting out of health services, but on the excessively complex NHS bureaucracy.

Andy Burnham, the shadow health secretary, told voters in Brighton on Monday: “David Cameron should come clean with the British people about his plans for the NHS after the election. He commissioned a major report on how to change the way the health service is run but has buried the findings.

“Lord Rose may be good at running supermarkets. But I say to David Cameron: you can’t run the NHS like a supermarket, we don’t want a supermarket health service, so publish this report and show us what is in your secret plan.”

On inequality, the NHS, education, childcare and several other key issues, Red Ed offers the only real alternative to Cameron and the Conservatives. He offers a distinction on these matters, one his brother David would have struggled to deliver, and he has rediscovered Labour’s personality as a result.

In a confessional speech last year about the general election, Miliband said: “If you want the politician from central casting, it’s not me, it’s the other guy. If you want a politician who thinks that a good photo is the most important thing, then don’t vote for me.”

Polling opens in less than 48 hours in what is set to be one of the most closely contested elections in history. Regardless of which way you sway, vote politics, not personality.