Countries are falling foul to the “dangerous assumption” that “everyone is protected” as cases spike, he said. 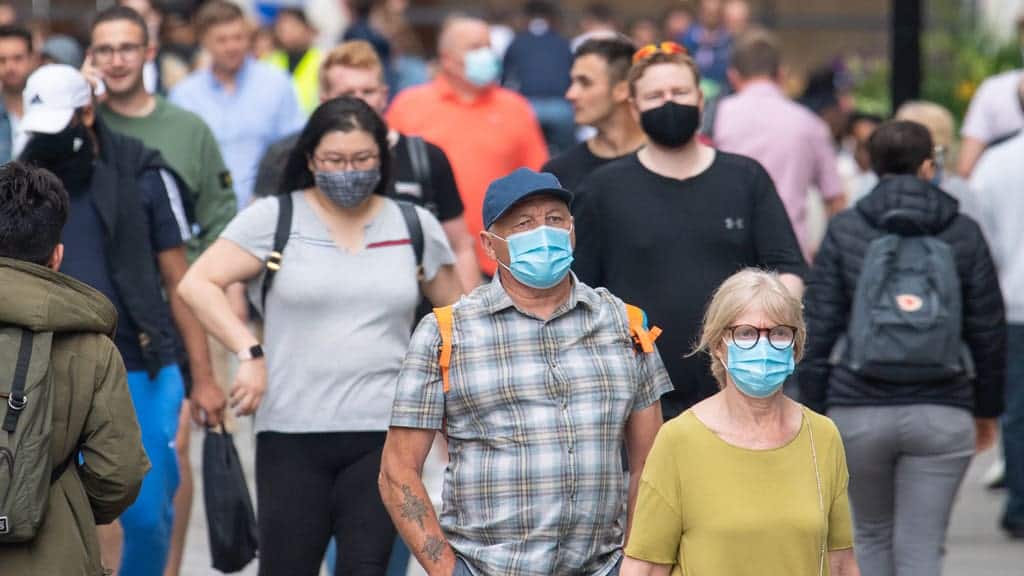 A World Health Organisation official has warned of “epidemiological stupidity” over the premature relaxation of social distancing measures as cases rise by eight-fold in London, according to a new report.

The address made by Mike Ryan, executive director of the WHO Health Emergencies Programme, forewarned that the gains made in Europe are at risk of being undone as restrictions are swept aside amid swelling mutations of the virus.

Ryan’s comments come alongside news that coronavirus infections are continuing to grow exponentially in the UK as cases rise by eight-fold in London and four-fold nationwide over the past month, according to a REACT study published this morning.

He spoke of European countries falling foul to the “dangerous assumption” that “everyone is protected” as cases spike despite high vaccination coverage and threaten to again overwhelm our health systems.

“We ask governments to be really careful at the moment to not lose the gains you have made, to open up very carefully,” he said.

“We have seen over the last six months, case after case, country after country in which there was a lot of increase in social mixing without adequate vaccine coverage and wave after wave of cases. I would hope in the European environment we won’t see a return to the overwhelmed hospitals and exhausted health workers.

“This virus is evolving, this virus is changing and we need to be very careful at this moment so that the gains that have been hard-won by the behaviours and actions of our population are sustained.

A return to the overwhelmed hospitals and exhausted health workers?

As we teeter on the precipice of a third wave, hospitals are again having to cancel vital operations amid spiralling covid-related hospitalisation and staff shortages due to increased self-isolation.

Currently, 5.3 million people are waiting for hospital treatment in England, including cancer surgeries, set to worsen over the coming weeks as the WHO’s fears begin to crystallise in the UK.

Pretty worrying stats (compared with a week ago)

If it continues at these rates for the next 2 weeks, are we really going to scrap the rules on 19th? https://t.co/E3sugwk6dl

With the carpet pulled from under the NHS and rolled out for so-called ‘Freedom Day’, the dropping of all restrictions on 19 July is drawing growing criticism on the world stage.

“The world is at a perilous point in this pandemic. We have just passed the tragic milestone of four million Covid-19 deaths, which likely underestimates the overall toll,” said Dr Tedros Adhanom Ghebreyesus, WHO director-general.

“Some countries with high vaccination coverage are now planning to roll out booster shots in the coming months and are now dropping public health social measures, relaxing as though the pandemic is already over.”

Despite encouraging data showing lower infection prevalence in people who have had both doses of the vaccine, there is rapid growth in infections, especially among younger people.

According to most recent data from Imperial College London, the highest prevalence was found in 13–17-year-olds, in which the rate of infection has increased from 0.16 per cent to 1.33 per cent since 7 June.

There is now “real nervousness” surrounding the number of unvaccinated young people who have mild Covid symptoms developing long-covid symptoms, according to Chris Hopson, head of NHS Providers.

He said: “It’s not just about hospitalisations, it’s actually potentially people having really serious long-term conditions once they have caught Covid.

“There’s a real nervousness here that still don’t fully understand what the long-term health consequences are if you catch Covid. We all need to be careful and aware of the risks here.”

With the rates of infection being three times lower in fully vaccinated people under the age of 65 compared to unvaccinated people, government messaging is focussing on encouraging people to get their second dose.

“It is more important than ever to get that life-saving second jab so we can continue to weaken the link between cases, hospitalisations and deaths,” said Sajid Javid, Health and Social Care Secretary.

“As we move from regulations to guidance and get back to our everyday lives, see our loved ones and return to work, it is vital people practice good sense and take personal responsibility for their own health and those around them.”

Related: New Zealand will not just ‘learn to live with Covid’