A wealthy aristocrat lambasted the NHS over a £40 charge for a medical reference for a gun license months after doctors saved her husbands life. Multi-millionaire Lady Sara Bathurst, the High Sheriff of Gloucestershire, called the NHS a “disgrace” for making the charge, posting a photo of a letter received from her GP and accusing them of  “blackmail”. But […] 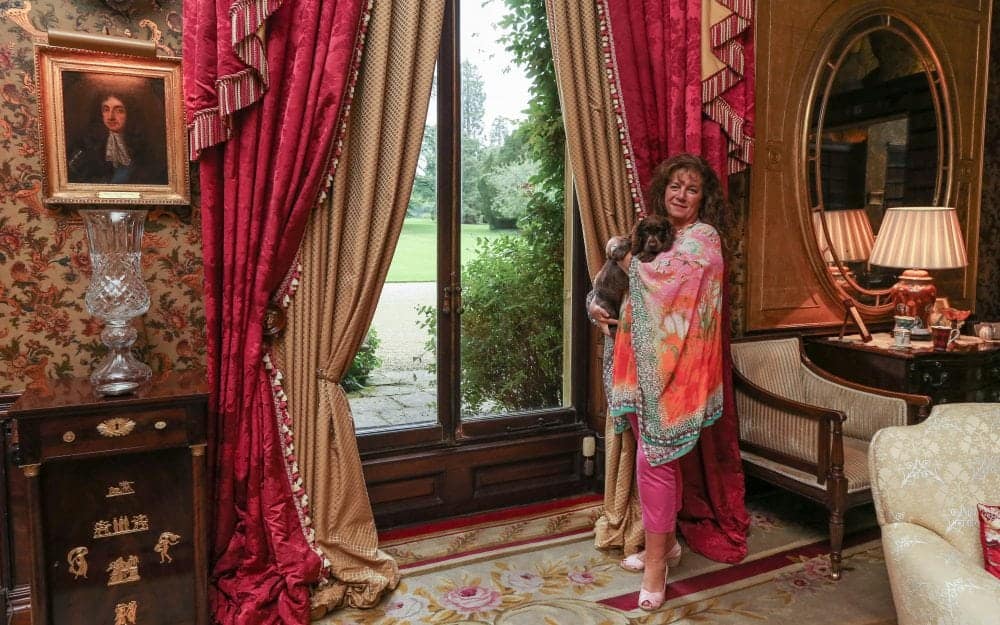 Lady Bathurst at her home in the Cotswolds. See SWNS story SWGUN; One of Gloucestershire's most prominent civic figures has said 'no offence was meant' as she faces calls to step down over a tweet labelling the NHS a 'disgrace'. Lady Sara Bathurst, who is High Sheriff of Gloucestershire this year, lambasted the health service for informing her a £40 fee would apply for a medical reference she needs in order to obtain a firearms licence. She posted a picture of a letter received from her doctor's surgery on the social network, and wrote: "My doctors surgery have just demanded £40 - blackmailing me into paying them to give police a medical reference for gun licence. #disgrace"

A wealthy aristocrat lambasted the NHS over a £40 charge for a medical reference for a gun license months after doctors saved her husbands life.

Multi-millionaire Lady Sara Bathurst, the High Sheriff of Gloucestershire, called the NHS a “disgrace” for making the charge, posting a photo of a letter received from her GP and accusing them of  “blackmail”.

But the privately-educated farmer’s wife has since deleted the tweets, blaming her reaction on being “overtired” because her husband is currently in an NHS hospital. Labour county councillor Barry Kirby led calls for Lady Bathurst to “consider her position”, saying it “goes to show how out of touch Lady Bathurst is about real life.

“It is unfortunately quite common that NHS services now have to charge for things like this, but I think in this case it is acceptable that the NHS charge her– a gun licence is not exactly commonplace.

“As the Queen’s representative for Gloucester I hope that she seriously considers her position, it is not acceptable to blatantly attack our fantastic local NHS services for doing their jobs. If she was really concerned about NHS charges then perhaps speaking to her high profile friends would be a better a course of action instead of falling out with local doctors on Twitter.” In August Lady Burthurst paid tribute to the “extraordinary” medical staff who treated her husband Allen when he fell seriously ill. He was admitted to Cheltenham General Hospital in late July suffering severe septic arthritis. He was placed in an induced coma and on a ventilator machine for more than a week in order to that life saving treatment could be carried out.

But she took to Twitter to criticise the NHS with a message on Tuesday that said: “My doctors surgery have just demanded £40 – blackmailing me into paying them to give police a medical reference for gun licence. #disgrace”

The letter from her GP – which she also posted – said the work was “not covered by the NHS contract”.

Lady Burthurst has since removed the tweets and said she now plans to fund-raise for the wards her husband has been in once her term in office ends in April.