By Natasha Benjamin – Founder & Managing Director www.freeyourmindcic.com Domestic Violence in Childhood is a major problem of our times, effecting 1.8 million children across the UK and even more alarmingly 1 in 3 will have a mental illness as a result. Since launching Free Your Mind in 2013, I have worked to create better awareness […] 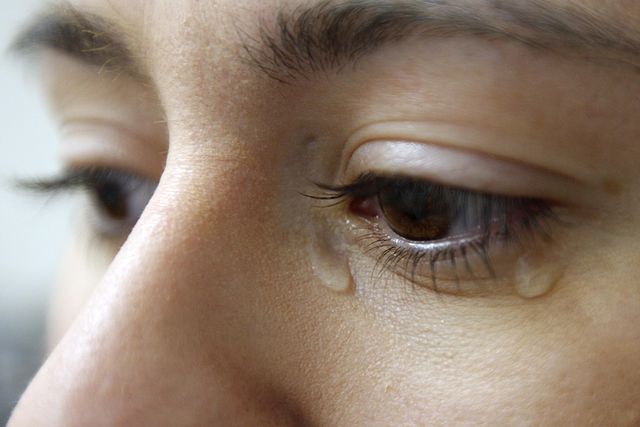 Domestic Violence in Childhood is a major problem of our times, effecting 1.8 million children across the UK and even more alarmingly 1 in 3 will have a mental illness as a result.

Since launching Free Your Mind in 2013, I have worked to create better awareness of this issue and to create a support system for children affected after realising that there was no specific service for them, only finding that their care was slotted in as part of the support given to their parent, meaning that the child would often be put into family counselling or support sessions with their parent and have their needs merged together, this is ineffective for many reasons:

There’s also the developmental and behavioural effects that the violence can have on children, which means that they will have very different needs to their parents.

Domestic Violence has a massive effect on a child’s brain development due to them trying to handle being constantly stressed and anxious and not having the mental capacity to cope with such intensity and violence at such a young age.

During my years of working with children and young people with lived experience of Domestic Violence I found that they had many needs, but there was one thing that arose often: They wanted to have their voices heard and someone to listen to them, particularly for children living in domestic violence refuges, they are often surprised when I go in to have sessions with them, that suddenly all the attention is on them, not their mum, not their dad not the violence but them. Through play, 121 workshops and sometimes just chatty sessions, we create a space for children affected to speak out about their experience whilst working through the complex needs and worries that they may have.

What makes our service unique is that we are ‘peer led’, meaning that all of us working directly with the children have also been victims of childhood domestic violence ourselves. This automatically creates a bond and a space for the children to feel safe that they are in the company of not only someone who is professional but who completely understands their experience from a personal perspective.

In the very early stages of sessions, in particular many young adults affected understandably have a defence up, often wondering what can we do for them and how can we relate to them? That is until they realise we have once been in the same place as them and the only difference is that we have healed, recovered and now help others to do the same.

This creates realistic role models for these children and young people to see that they can change their lives and that violence isn’t the only way. Our aim is to stop the victim perpetrator cycle, assist them to make better decisions and view their future differently.

The victim perpetrator cycle indicates that it can either affect you in two ways; You either become the anxious, quiet fearful child, or the angry but still fearful child who can go on to repeat the cycle they have grown up with.

We provide a range of support from an online blogging community, support groups online and offline, one to one support sessions and workshops, ensuring that children have a variety of accessible support that they can choose from. We also provide training for those who work with children and young people affected.

There are many high profile Child Victims of Domestic Violence such as, Tony Robbins, Oprah Winfrey, Patrick Stewart, Bill Clinton and Alesha Dixon. All great examples of how childhood adversity can be overcome.

I was a child of Domestic Violence myself, a child who spent my most formative years aged 6 to 12 living on the edge terrified of not knowing when the next violent episode would happen next. Not quite understanding why, but hating the perpetrator (an at the time stepfather) every moment I heard his breath in my presence.

I had such a vengeful feeling towards him that my young mind couldn’t properly comprehend that still remains now, I didn’t understand why he would just get angry over nothing or walk into the house already angry and start to beat up my mom sometimes id even get caught in the middle of it because I couldn’t bear to see him hurt my mom. One of my worst memories of the violence was at Christmas where ended up fleeing with just the clothes on our backs.

I can’t quite put it into words how alarming this was for me, my love, my protector, my everything in one person being beaten up suddenly becoming a helpless pulp, if he could do that to the only person responsible for me then there was no way that we could ever feel safe.

It would frighten the living daylights out of me, but at the same time built an inner strength in me that I never would realise I had for many years later.

I often spent his violent moments getting involved because I couldn’t bear to see him hurting my mom the way he did, something a child should never have to endure or participate in.

Domestic Violence traumatises children; it shapes the way that they look at the world and wires their brain to expect danger, all the time. I became a very fearful and anxious child and it set me up for a lot of what transpired as I grew older.

Feeling both guilty and innocent tears you apart – guilty because I was told it was my fault or at least that I could or should have done something to stop it. Trying to make sense of these issues when you’re young, especially when you feel you have nobody to turn to or confide in, is horrible.

I developed a mental illness of PTSD, depression, selective mutisim, anxiety and panic attacks. I self harmed by over eating so I was bullied at school for being overweight.

As I grew older into my teens and into adulthood my mental health problems, and the reluctance to speak up for myself created problems in every area of my life from friendships, relationships and employment.

Changing this begins and ends with the children and how we help them to recover and heal from these experiences. That is why we need more awareness and focus on how domestic violence affects them.

We can keep talking about domestic violence with the focus solely on the adults, but it begins and ends with a child who witnesses the violence in their homes and that is my aim through the work we do with free your mind, campaigning, working with children in refuges and in schools to create change by those affected.

Every day I work towards shedding the effect that the trauma had on me, I am quite self aware now and what I would say to anyone working through something like this, is to keep going, talk to about it to someone about it and rather than just looking at the trauma of what happened also look at what its taught you about life and what you won’t accept.

Think about this; as much as it may still hurt, you have survived intense adversity and trauma at a young age but never forget that you are still here. If you can overcome this you really can overcome anything. We are not victims we are survivors and we are here for you.

To Find out more, volunteer, donate here: www.freeyourmindcic.com or follow me @tashakbenjamin