"Wow what a fantastic call! takes great courage to admit you have been fooled by.... well fools," wrote one person after listening to it. 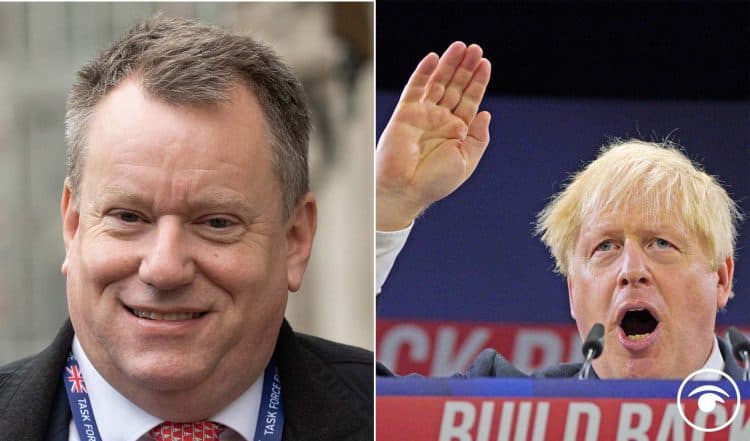 A caller into James O’Brien’s LBC radio show who said he was a Conservative voter brought listeners to tears with his comments about Brexit.

The caller Daryl spoke of his admiration for presenter O’Brien, who has been one of the loudest vocies in the media against Brexit and the Tories handling of the nation since the UK left the EU.

The caller felt that he and other marginal Tories are now being left out by the party for being supporters of Europe.

He believes that the integrity of the party was ruined when the party stopped the report into Russian interference in British politics before that election that year.

He told the show: “If Dominic Grieve were to have leaked that report, then we wouldn’t be in the state we are now,” said Daryl.

He referenced Delia Smith’s famous moment at Norwich city’s football stadium when she called on fans at half time: “Where are you?”

“Where are all these people? Where are the likes of me that are sickened to death of this because this is a dangerous government?

“This is a divisive government. This is a Brexit government and Brexit has broken the back of our society. It’s not Conservative, Liberal Democrat or Labour anymore. It’s Brexit that’s destroyed this country. It’s turned family against family. You talk about it in the street. You talk about it in the pub but the only problem is I take a huge interest in politics but I dare tell you that 70 per cent of those people that voted in the referendum knew nothing about politics and when you ask them about voting for Brexit [they say] ‘I don’t know. I don’t want to talk about it.’”

James O’Brien was clearly moved by the caller’s words.