"You hear of these things happening of late. My flying pals have been spotting fancy crop circles, but I don’t think this one was to do with aliens!" 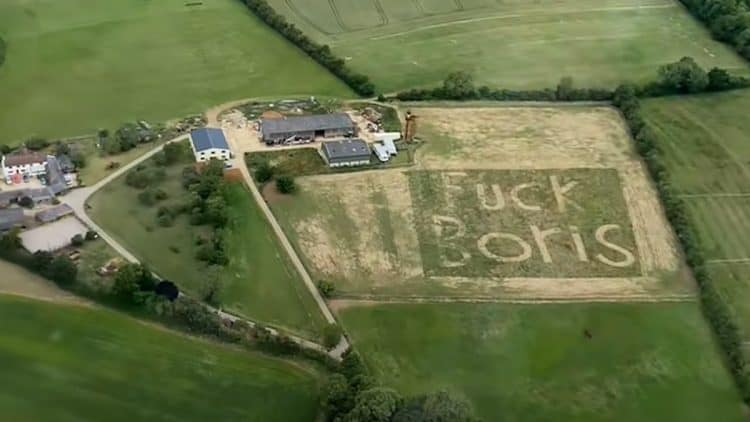 Pilot Ben Davis , 42, captured the expletive message from the side window of his microlight aircraft as he flew between Buckingham and Gawcott.

Aircraft technician Ben believes the message was mowed into the field ahead of the British Grand Prix so it could be seen by helicopter traffic going to nearby Silverstone race track.

The message comes as Prime Minister Boris Johnson was forced to resign.

Ben, from Buckingham, said: “Something caught my eye as I was lining up with the runway to land back at base after a day out to France. Someone has been creative with their mower in a field.

“I didn’t know it was there beforehand. A friend, who I was flying back with, had just landed ahead of me. I was lining up with the runway and it just caught my eye.

“So I cancelled my approach and circled around the field.

“One theory was it was put there for the helicopter traffic, coming up from London for the British F1 at Silverstone. They would see it as we are very close to the circuit here.

“You hear of these things happening of late. My flying pals have been spotting fancy crop circles, but I don’t think this one was to do with aliens!”

Related:Brexiter believes Tories ‘only party capable of giving us good govt’ and is ruined in viral video