She also blamed ardent anti-Brexit campaigners on the January 6th insurrection in the United States. 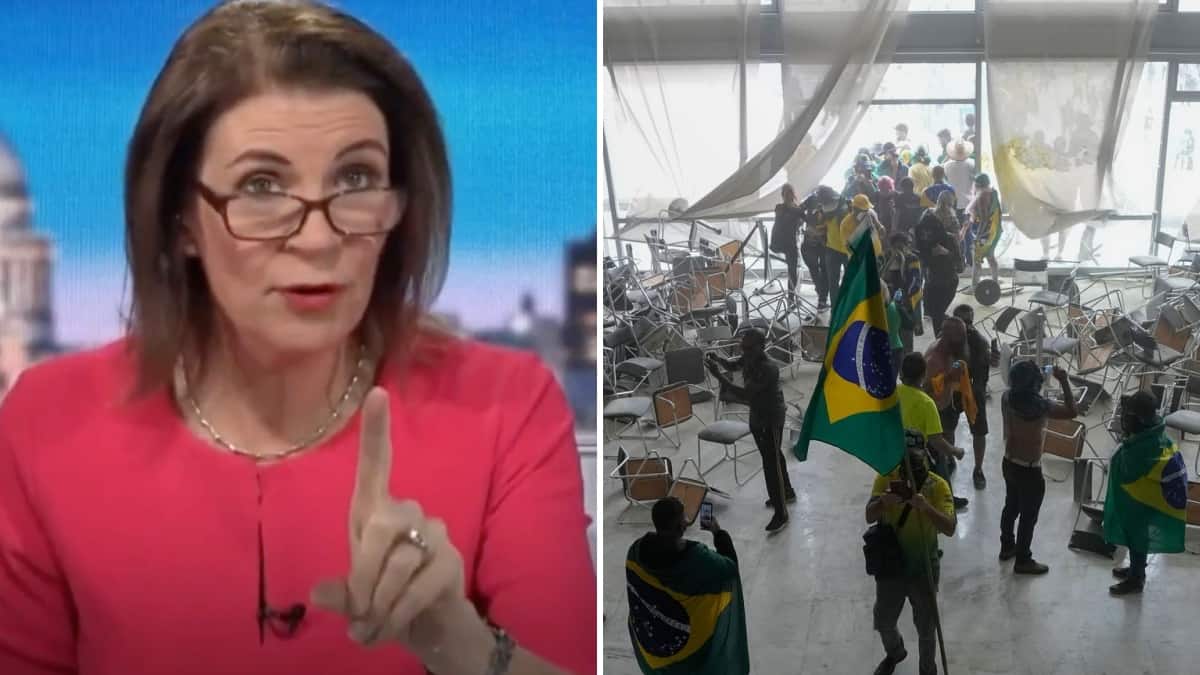 Julia Hartley-Brewer has condemned ‘Remoaners’ for the recent storming of Brazil’s capital.

The TalkTV presenter hit out at those who questioned the Brexit referendum result after Jair Bolsonaro’ supporters stormed Congress, the Supreme Court and presidential palace then trashed the nation’s highest seats of power.

The protesters were seeking military intervention to either restore the far-right Bolsonaro to power or oust the newly inaugurated leftist Luiz Inacio Lula da Silva.

Rioters donning the green and yellow of the national flag on Sunday broke windows, toppled furniture, hurled computers and printers to the ground.

They punctured a massive Emiliano Di Cavalcanti painting in five places, overturned the U-shaped table at which Supreme Court justices convene, ripped a door off one justice’s office and vandalised an iconic statue outside the court.

The monumental buildings’ interiors were left in states of ruin.

Speaking on TalkTV, Hartley-Brewer said the Brexit referendum and Hillary Clinton paved the way for the insurrection.

Watch the comments below: