"Keir Starmer has completely misread the mood of the nation," the former shadow chancellor John McDonnell has said. 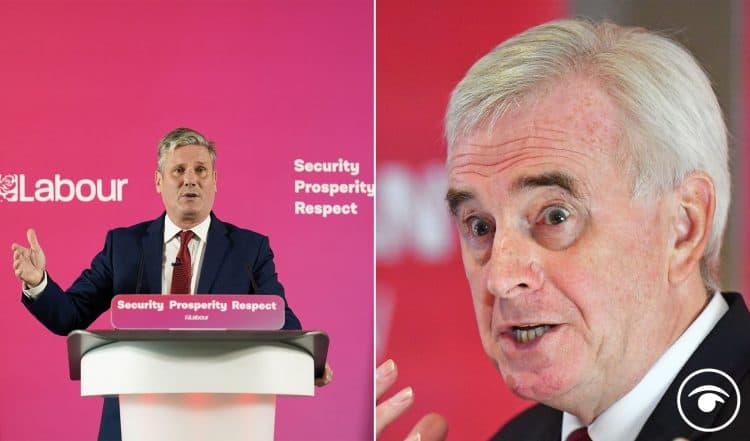 The Labour leader recently said he changed his mind on nationalisation because of ballooning post-pandemic debt, indicating that a Labour Government would fix “broken” water and energy markets through regulation first.

Starmer distanced himself from his own pledge when he was running for the party’s leadership in 2019 to support “common ownership of rail, mail, energy and water”.

He told BBC Breakfast: “We’ve got to recognise that after the pandemic we’re in a different situation financially to the situation that we were in before, and we want a responsible Government that says if we’re going to do something we will tell you how we’re going to pay for it.

“The single most important thing is how we grow the economy, re-energise the economy, and that can’t be reduced to a discussion about nationalisation.”

Yesterday he made a speech in Liverpool but it was another incident that happened involving Stamer that people are talking about.

A pensioner, Audrey White, slammed him as he sat in a cafe and it has been seen over 1.2 million times.

In response to the Labour leader’s recent comments John McDonnel has spoken to Double Down News and he doesn’t hold back.

In the clip, he says “Keir Starmer has completely misread the mood of the nation.”