Normally thought of as a lumbering plankton-eater it sheds a new light on this peaceful fish. 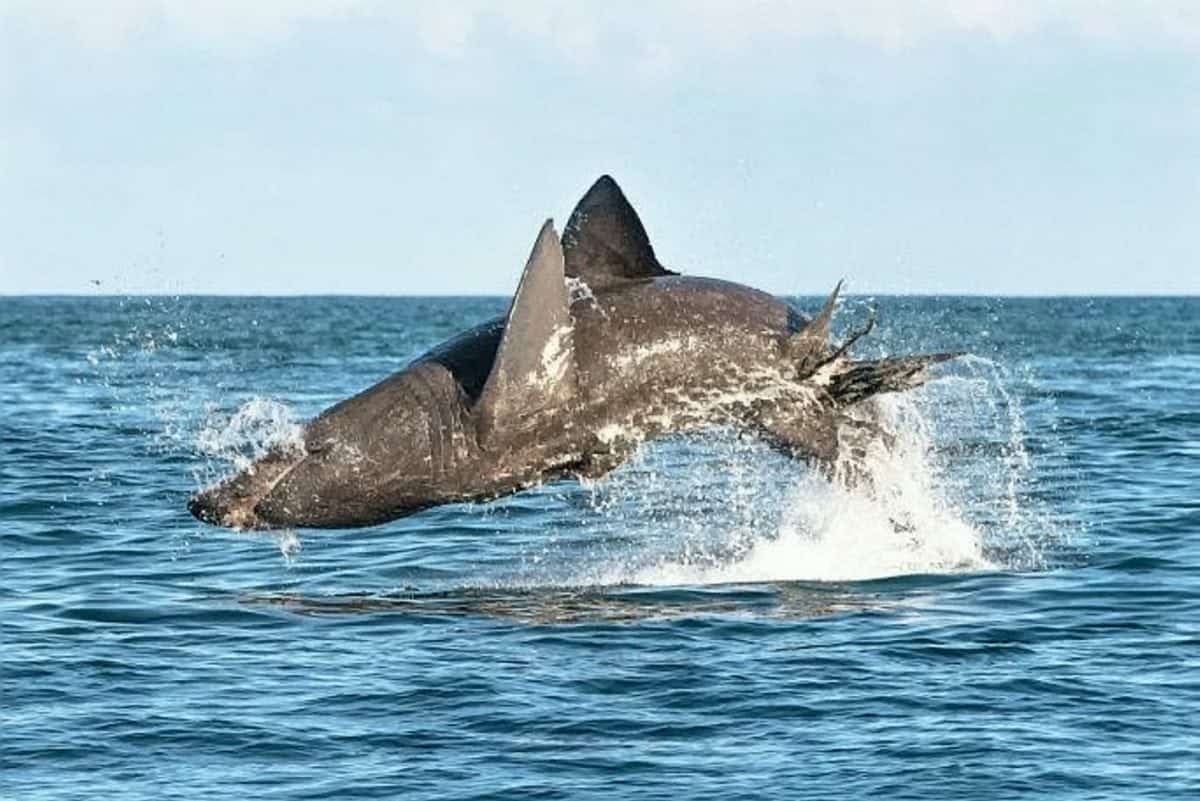 Basking sharks can swim as fast and leap as high as the terrifying Great White, it has been revealed.

The languid creature, known as the gentle giant of the sea, has been filmed for the first time achieving the same athletic feats as its famous man-eating cousin.

Gliding through the ocean and feeding on tiny animals, the world’s second biggest fish appears far more peaceful than its ferocious relative.

But remarkable new footage shows despite their bulk they can hit speeds more than twice as fast as an Olympic swimmer – and leap four feet above the surface. 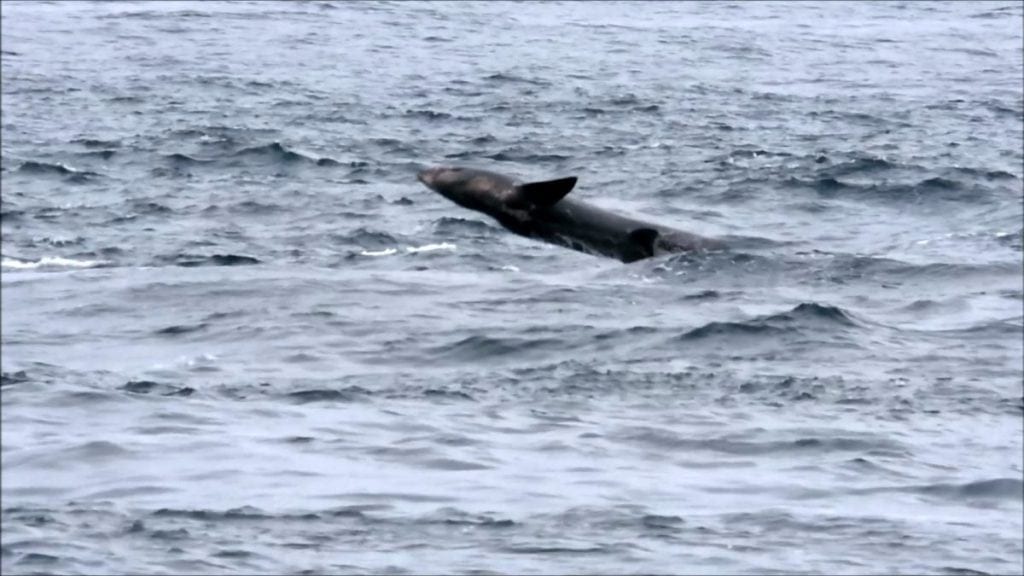 But the reason is a mystery. The powerful and predatory Great Whites soars out of the water, or breaches, to catch agile seals and otters.

By comparison, basking sharks eat mostly plankton that drift into their three foot wide megamouths. They are also much larger, so breaching takes more effort.

Dr Jonathan Houghton, senior lecturer in marine biology at Queen’s University Belfast, said: “It is a bit like discovering cows are as fast as wolves – when you are not looking.”

Hundreds of basking sharks are found off the shores of Ireland, Cornwall, the Isle of Man and Scotland.

Co author Professor Nick Payne, a zoologist at Trinity College Dublin, said: “The impressive turn of speed that we found basking sharks exhibit shows how much we are yet to learn about marine animals.

“Even the largest, most conspicuous species have surprises in store, if we are willing to look.”

Working with colleagues at the University of Roehampton, England, and in South Africa, the researchers captured the incredible phenomenon off the coast of Malin Head, Ireland.

They placed a monitoring device on a 26 ft (8m) long, 2.7-tonne basking shark and videoed it breaching after three hours. The same behaviour was captured among 20 others filmed from the shore.

The footage showed the massive fish leaping near vertically to about 1.2 metres (3.94ft) above the water surface – at an angle of almost 90 degrees.

This enabled Dr Houghton to estimate the sharks must have accelerated to a speed of 11mph (18km) at the moment they left the water – the same reached by Great Whites.

In one breach event, the shark accelerated from a depth of 92ft (28ms) to the surface in just nine seconds, and with just 10 beats of its tail.

The shark hit a top speed of about 17ft (5.1ms) per second in the whole process, achieving a six-fold increase in tail-beat frequency. 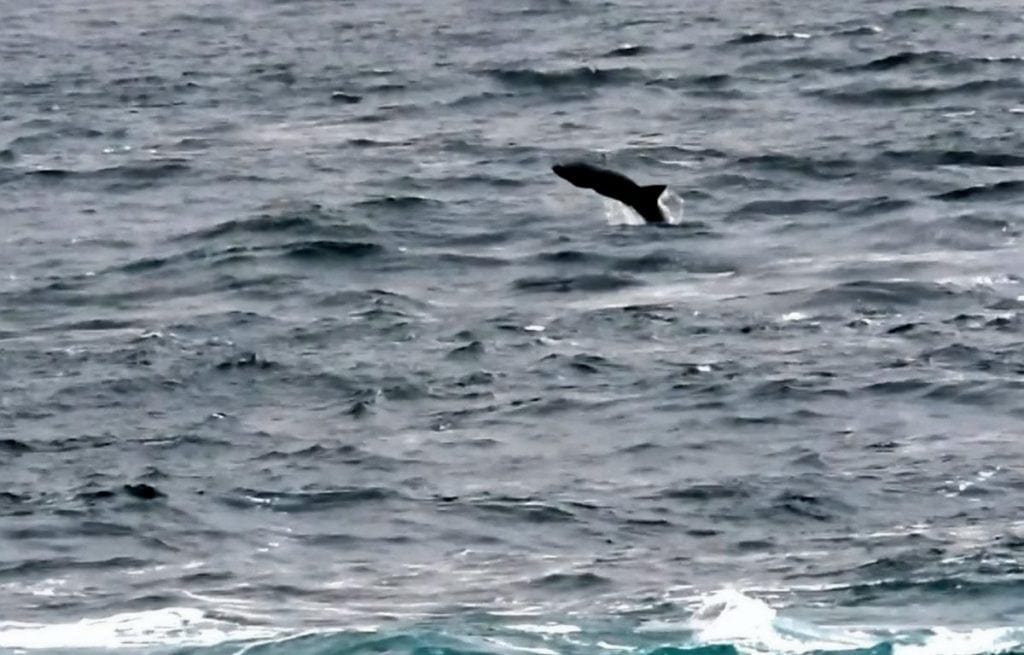 This is more than twice as fast as the average competitor in the men’s Olympic 50 metre freestyle swim.

Reaching lengths of up to 33ft (10m), the only fish that is bigger is the whale shark. But while they may be intimidating to look, they are relatively harmless to humans.

They have previously had a reputation for being slow and lumbering, swimming slowly just beneath the surface with their mouths open in a terrifyingly wide gape to filter tiny organisms from seawater.

Added Dr Houghton: “‘This finding does not mean basking sharks are secretly fierce predators tearing round at high speed. They are still gentle giants munching away happily on zooplankton.

“It simply shows there is far more to these sharks than the huge swimming sieves we are so familiar with.”