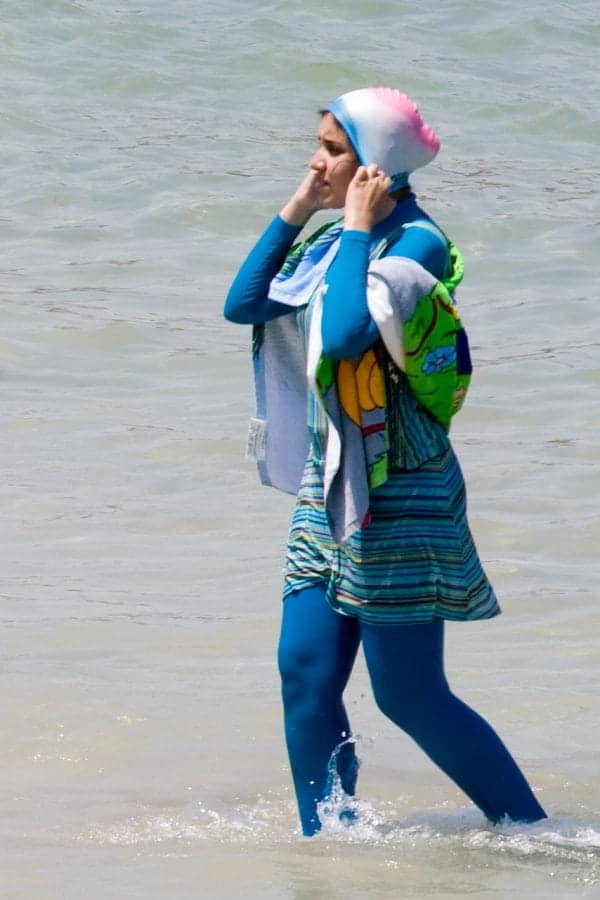 The Burkini row in France is still rumbling on, now a Muslim woman from Australia has spoken out, after she claims she was forced to remove the beachwear while in France.

The woman was wearing the Burkini to show solidity with fellow Muslim women who had been forced to remove their chosen swimwear, while on certain beaches in France. Images emerged of one women being forced to remove her burkini by four policemen carrying guns.

The woman in question, a medical student called Zeynab Alshelh, showed Australia’s Channel 7 footage of other beachgoers telling her they would contact the police if she didn’t leave the beach.

The ban on wearing the Burkini was overturned by France’s high court, however Nicolas Sarkozy said he will make the ban nationwide, if he is re-elected as the next French president.

The law to stop women wearing the Burkini was brought in after the lorry attack in Nice, which killed a he number of people and was on in a long list of terror attacks across France, by people who have pledged allegiance to IS.