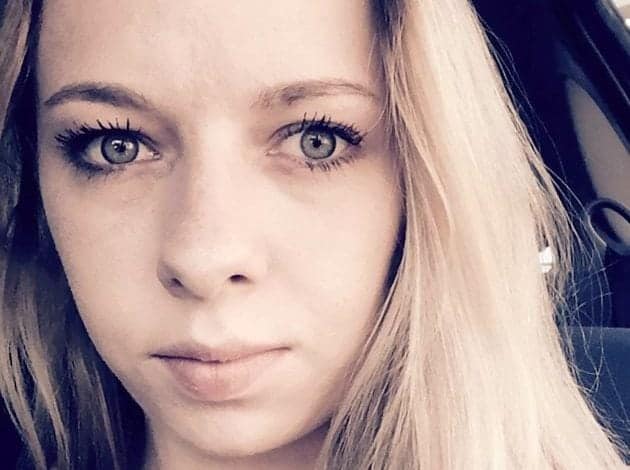 A visually impaired woman is calling for online voting so disabled people can have a secret ballot like everyone else.

The 22-year-old must rely on her peripheral vision – but that makes reading and writing very difficult – but almost impossible whenever she goes to the polls.

Charlotte, from Enfield, north London, said: “I lost my sight when I was 18, just at the age I could vote.

“I was studying nursing at University when it happened.

“It took ages to diagnose because it’s so rare.

“It was life-changing- I had to leave University and move home.

“I used to be really outgoing but after that I didn’t want to leave the house.

“That was four years ago. I’m in a much better place now and feel I can do anything.”

But Charlotte said not being able to vote without help needs to change.

She is petitioning Enfield Council to trial online voting for visually impaired and other disabled members of the electorate, to enable them to vote in secret.

She said: “The first time I went to vote it was such a struggle.

“I went with my mum and had to explain the situation to the people there and it was so awkward you end up thinking ‘why bother?'”

“They handed me a giant magnifying glass and I thought ‘well that’s not going to work’.

“They had templates in Braille but I had just lost my sight so I couldn’t read it.

“And the Braille only covers part of it – not the political party so the person has to tell you that.

“When I left I thought ‘I don’t know that person, I don’t trust them, they could have told me anything.”

“We all have the right to a secret vote, but there is no way for us to do that.”

Government guidelines state councils “must have regard to accessibility for disabled voters” at designated polling places.

Visually impaired voters can request help from the presiding officer at the polling station to mark the ballot paper or bring someone with them.

A ‘tactile voting device’ can also be used, which has numbered lift up flaps, with the numbers raised and in Braille, or a larger version of the ballot paper can be used for reference.

But Charlotte said this is not enough.

She said: “I take my mum along, but I know a few others who don’t like telling anyone who they vote for.

“The 2010 Equality Act gives blind and partially sighted voters the same right to vote in secret as all other voters. However, as Charlotte’s experience illustrates, they are unable to do so in practice.

“Registering to vote, having access to information about candidates and the practical challenges of marking  a cross on the ballot paper – are all factors which make voting at polling stations completely impossible without the help of another person.

“With the help of motivated young people like Charlotte, RSBC is calling on the Government to make piloting online voting for people with visual impairment (as well as other disabilities), a priority for the next general election in 2020.”

Online voting has been introduced in countries such as France and Canada, but has yet to be rolled out in the UK.

This means that while blind and partially sighted voters have the right to vote in secret under the 2010 Equality Act, it is not always possible for them to do so in practice.

Charlotte, who is a mentor the Royal Society for Blind Children, said: “We have had a lot of support.

“I was running the London Marathon, so that was my focus until now.

“But everyone I have spoken to about the petition is very much on board.”

Charlotte spoke to MPs who advised her that because of concerns about voter fraud, she should tackle smaller elections first and build it from there.

She said: “But we want it to apply to all voting eventually.”