Protesters formed human blockades to prevent them making arrests, with loud cheering and chanting as they pushed back the police. 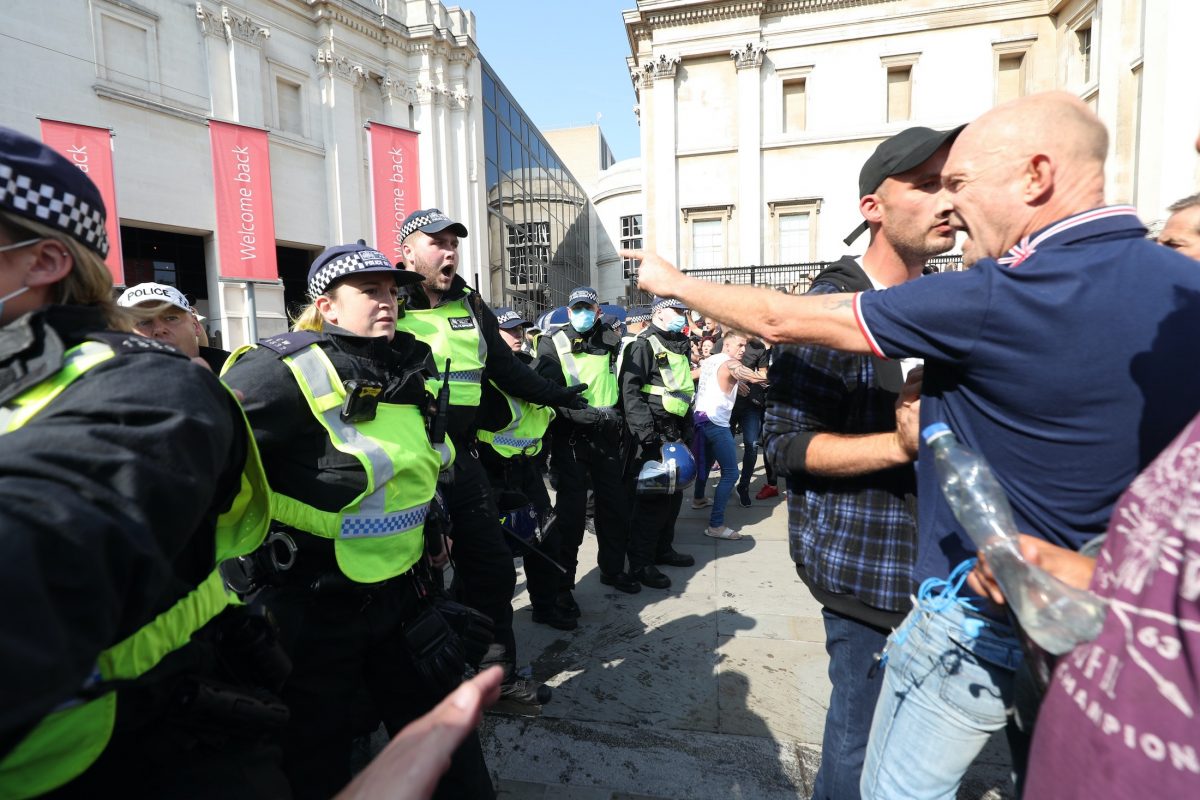 Under the summer sun anger and violence has broken out between police officers and demonstrators from the anti-vax section of society.

They clashed during a heated anti-vaccination, anti-lockdown demonstration in central London.

Hundreds of people descended on Trafalgar Square for a “Resist And Act For Freedom” rally on Saturday afternoon, before sections got into scuffles with Metropolitan Police officers.

“I know that vaccines make people sick, you should not trust the Government, the doctors and the media, they are lying about the Covid-19 vaccine.

“Vaccines have not been safety-tested, they tell you when you take a vaccine you’ll get a little bit of swelling, is that true? No.

“You can get multiple sclerosis and allergies, when I talk to parents, there are 12 known diseases you can get.

“If you’re a parent, auntie, grandparent, cousin or neighbour, we’re here to say the truth will come out.”

Dozens of officers, including some mounted on horseback, tried to break up ranks of protesters who had formed human blockades to prevent them making arrests, with loud cheering and chanting as they pushed back the police.

Rally organisers sold T-shirts bearing 5G conspiracy theories and advocating the legalisation of cannabis, with banners calling for Government scientific advisers to be sacked and declaring Covid-19 a “hoax”.

Addressing the crowd to huge cheers, organiser Kate Shemirani said: “We are the resistance.”