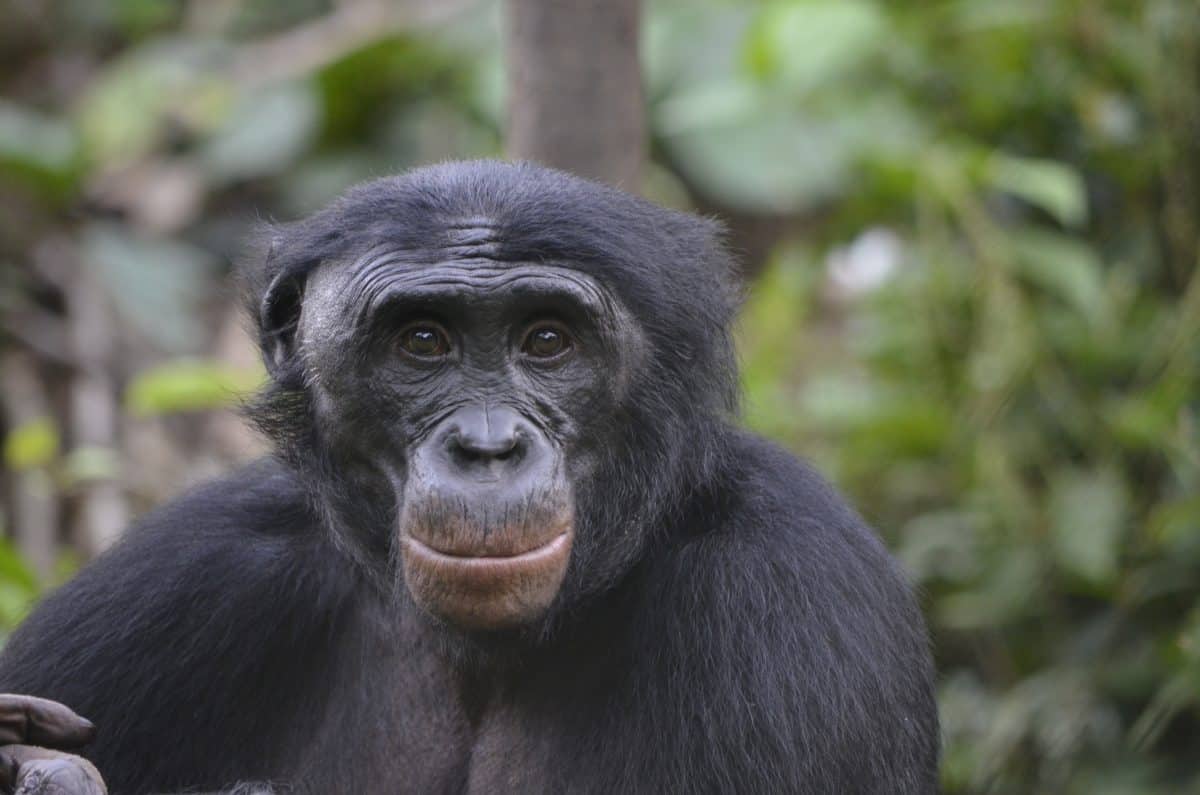 Great apes think just like us, according to a new study.

The research showed that they understand the mental state of others – known as a ‘theory of mind’.

The ability was believed to be unique to humans – and a key part of our increased brain power.

The idea other animals possess this trait has been debated for decades.

Now a study has demonstrated it in chimpanzees, bonobos and orangutans – our closest relatives.

Study author Dr Fumihiro Kano, a primate psychologist at Kyoto University in Japan, said: “The results suggest we share this ability with our evolutionary cousins.”

The study, published in the journal Proceedings of the National Academy of Sciences, found they rely on self-experience to anticipate others’ actions.

Theory of mind is the ability to attribute mental states – such as beliefs, intents, desires, emotions and knowledge – to oneself and others.

It’s crucial for everyday social interactions – and has found to be lacking in those with autism, schizophrenia and attention deficit hyperactivity disorder.

This remained the case even when that individual had a false belief about reality – one of the strongest pieces of evidence they read their mind.

The researchers used eye-tracking technology to monitor the gaze of apes exposed to various pranks carried out by an actor dressed in a King Kong suit.

They could tell if the individual was making a mistake – putting it on the same level of cognitive development as a human child.

Dr Kano said: “We initially created a movie based on an established psychological test – especially exciting for apes – and combined this with eye-tracking technology to record gaze patterns indicating anticipation of an agent’s behaviour based on an understanding of the agent’s false belief.”

The principle was to reveal the apes could understand what the individual knew about the location of an object – even when it was moved while they were away.

The apes successfully anticipated their actions – even when they were wrong. But they could not rule out a phenomenon called the ‘behaviour rule’ account.

This was whether the subjects genuinely worked out their false belief about the location of the object – or merely relied on the fact they would visit the last location.

So in a ‘goggles’ or ‘trick blindfold’ task two groups of apes experienced either of two barriers.

These were a ‘true’ barrier made of an opaque material or a fake one that appears to be opaque from a distance – but becomes transparent up close.

In a new video shown to the apes – both groups saw the same movie – an individual in a monkey suit can be seen hiding behind a barrier while an object is moved to the front.

Conversely, with the trick barrier, the apes anticipated that the agent would go to neither location, because the object had been removed entirely.

The apes were able to make the correct inference – ruling out a purely behavioural explanation.

The two groups anticipated the behaviour based on their own experiences with the barriers – even when both had observed the individual acting in an identical manner.

“We plan to continue refining our methods to test further non-mentalistic alternatives to the theory of mind in nonhuman animals.”