Sick and twisted Kyle O'Sullivan, who has 50,000 Instagram followers, has been jailed for a year and been slapped with an indefinite restraining order. 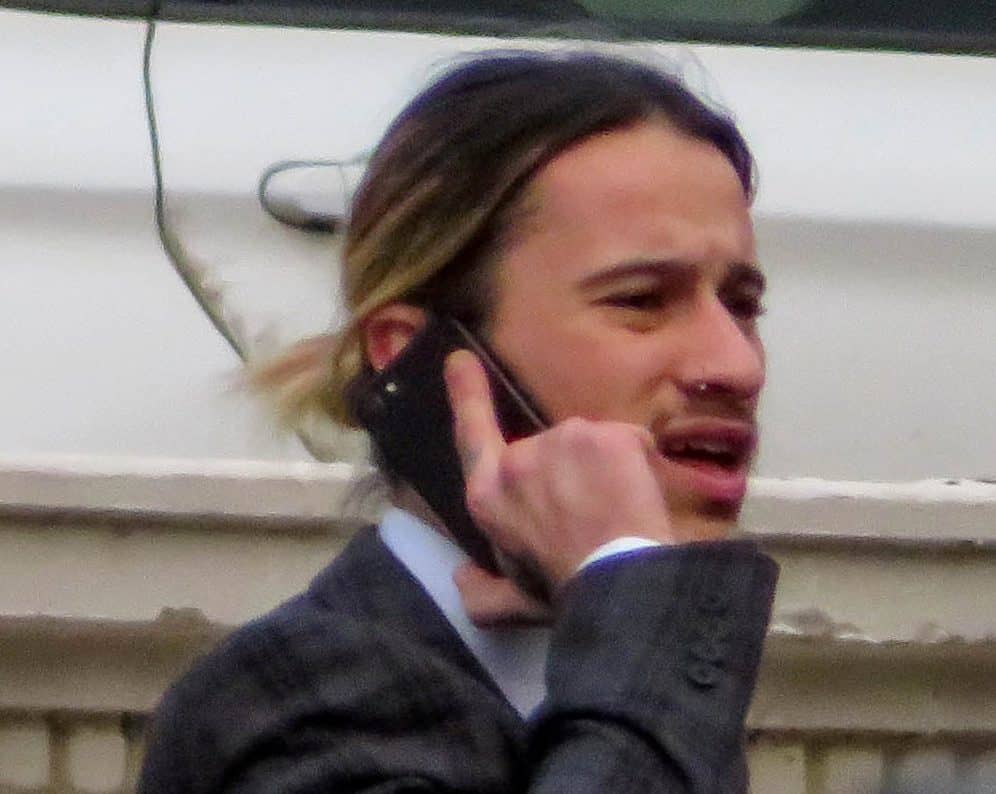 Kyle O’Sullivan, 29, who is known for a series of vegan rap songs on YouTube, told his ex girlfriend “I want to strangle you so the blood comes out of your eyes”.

The high-profile vegan blogger has been caged for making vile threats to his ex – while brandishing a claw hammer.

Kyle O’Sullivan, 29, who has over 50,000 Instagram followers, was jailed for 12 months and handed an indefinite restraining order, which banned him from having any contact with the victim.

He appeared at Warwick Crown Court on Friday after pleading guilty to putting a person in fear by harassment, and common assault.

In a statement the victim said her life had been made “a living hell”.

Judge Silvia de Bertodano said: “On October 4 [2018], in a lengthy incident, you turned up with your seven-year-old daughter and started an argument about something she had posted on social media.

“What is really upsetting about the incident is the terrible distress you are causing to that little girl who over several minutes is screaming at you to take her home.

“The effects on her of seeing her father behaving in that way can only be imagined.

“You then called later in the day and made really vile threats towards the victim and her family.

“It is clear from what you say that you wanted her to continue to live in fear.

“The other person who was clearly in fear was your lovely daughter who really ought not to have to listen to such a thing.

“The message must go out that however much you were provoked, if you behave in this way, repeatedly, you will go to prison.”

Lucinda Wilmott-Lascelles, prosecuting, said: “O’Sullivan and the victim had been in a volatile relationship since December 2017, and on September 18, in a separate incident last year, he turned up at her home.

“Referring to her step-father, he began shouting at the victim, ‘Ten seconds, ten fucking seconds.

“’Tell that bastard to get out here’.”

His tirade was recorded on the victim’s mobile phone and was played in court.

The recorded footage said: “You threaten me again and I’ll stick this [the clawhammer] between your fucking eyebrows. Threatening me, you stupid little bitch.”

O’Sullivan, of Leamington Road, Rugby, Warks, eventually returned to his car and drove away.

But he returned, with his seven-year-old daughter, on October 4.

The victim was at home with her mother and O’Sullivan shouted aggressively at her through an open window.

Ms Wilmott-Lascelles said: “The most disturbing part is how upset the daughter of the defendant becomes.

“He began to argue with her and her mother but she pointed out his daughter was hysterical and to take her home.”

“As her mother reached to close the window, a furious O’Sullivan slammed it shut, causing it to hit her.”

The incident was again recorded on a mobile and O’Sullivan’s daughter can be heard screaming: “I want to go home”.

In the recording he can be heard saying: “All I asked was for you to take that post down.

“All I’m asking is to stop posting stuff about me.”

Later that day he phoned his victim to say: “I just want to hurt you so fucking badly.

“I want to strangle you so the blood comes out of your eyes.”

“You are toxic, you are a poison. I can ruin your life.” 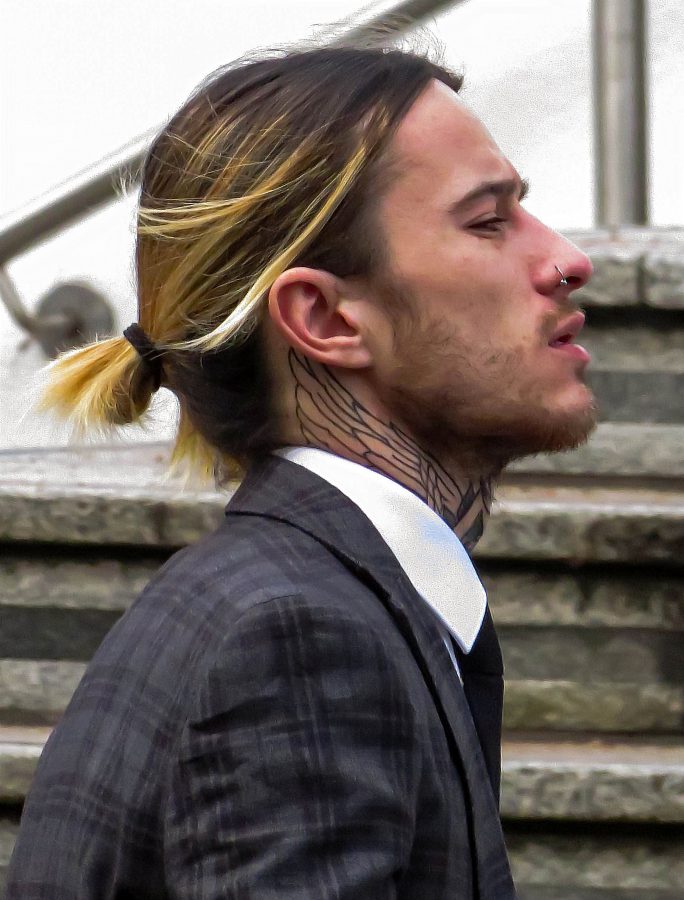 After this incident the police imposed a domestic violence protection order, which he breached – he was then jailed for six weeks.

On his arrest O’Sullivan told police: “I said horrible things. I wanted her to feel the way I feel, upset.

“I didn’t mean them, they were pure hate and hurt.”

Jonathan Coode, defending, said: “He knew she had accused him of things on social media.

“They both seem to be addicted to social media.

“His view is that she was trying to ruin his life.

“He is deeply ashamed that his daughter witnessed that. This is a toxic relationship which has gone horribly wrong.”