"I was half expecting some kind of change of policy but by the time it gets to 5pm on a Bank Holiday Friday, you kind of think they might have stuck with a decision." 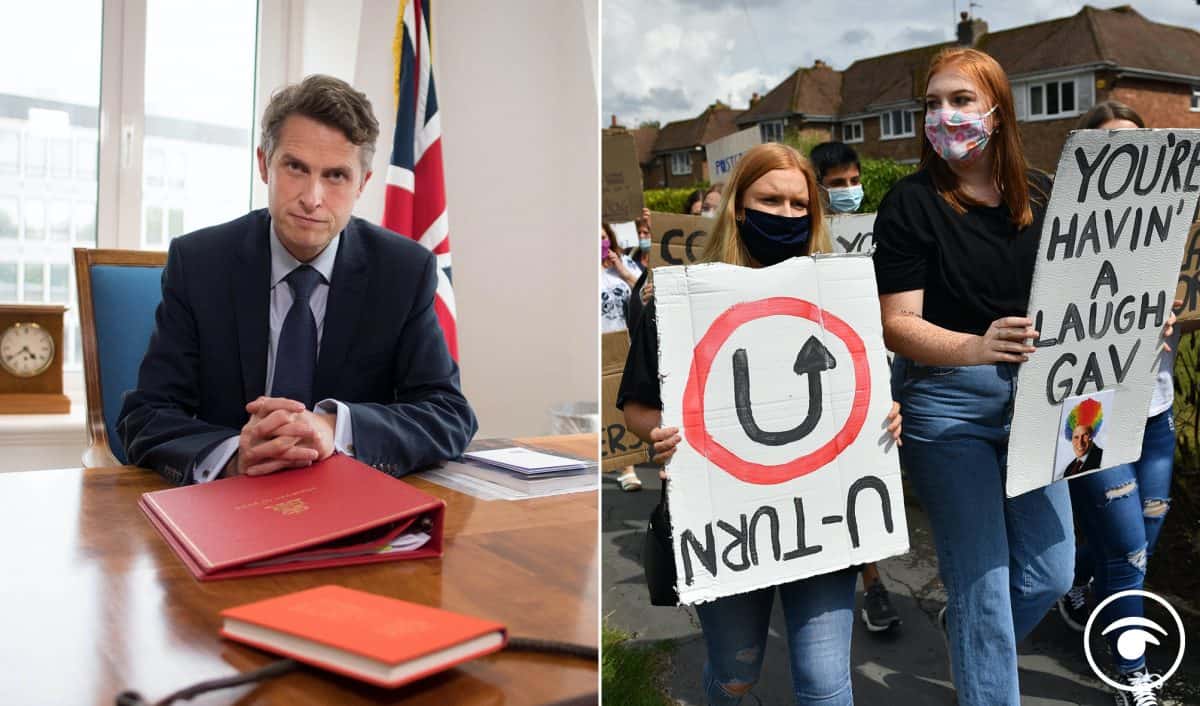 The Government have come under heavy criticism over their handling of school reopening plans.

Headteachers have labelled it “utterly chaotic” after a decision to close some primary schools was announced at short notice.

This feeling is shared by the GMB union, Stuart Fegan, GMB National Officer said: “Gavin Williamson is at sixes and sevens over the re-opening of schools. His shambolic approach is a recipe for chaos and danger. It’s causing huge stress.

“As infection rates rise, we need a consistent approach, not a postcode lottery. The Education Secretary now needs to apply some common sense, make a full U-turn, and delay re-opening all schools in England until proper safeguards are in place.

“No one wants to disrupt any child’s learning but action is needed to protect people and make schools safe. This must include ensuring priority vaccination of all support staff in schools – key workers who are all-too-often forgotten.”

Education Secretary Gavin Williamson on Friday confirmed that all London primary schools will remain shut next week as the capital battles with high levels of coronavirus infections.

Most other primary schools are expected to still open on Monday while secondary schools will reopen on a staggered basis, with exam year pupils returning on January 11 and others returning a week later.

While the London move has been welcomed as the “right decision”, the Government was also accused of making another U-turn just days after it told some schools to reopen for the new term.

Unions have also called for all schools in England to remain closed amid the spread of the new Covid-19 variant.

Tom Prestwich, a head teacher of a primary school in south London, said he learned about the change in policy on Twitter on Friday afternoon.

He told BBC Breakfast: “We’d actually just sent a letter out to parents saying that we were still opening next week, and then after that the story broke pretty much straight away.”

Mr Prestwich added: “I was half expecting some kind of change of policy but by the time it gets to 5pm on a Bank Holiday Friday, you kind of think they might have stuck with a decision, although I am glad that they’ve changed this one.”

He said the timing was “really frustrating”, adding: “We appreciate it’s a fast-moving situation, the Government must be getting different health advice all of the time, but schools do need to plan.

“We will be opening for quite a few pupils next week, we’ll need two rotas of staff, one to deliver to vulnerable pupils, pupils without decent internet access, pupils with SEN (special educational needs), and another to deliver high-quality online learning.

“All of that takes time and this decision could have been made two weeks ago.”

The Government has also been criticised over its plans to run mass asymptomatic testing in secondary schools.

Test supplies are due to be delivered to schools on Monday, with education union leaders estimating a secondary school with 1,000 pupils will need approximately 21 trained volunteers to carry it out.

Dave Lee-Allan, the head teacher of Stowmarket High School in Suffolk, said the rollout has been “frustrating”, and that it would take at least a week for his school to be operational.

He outlined problems with space in the school building, as well as training and vetting the volunteers that have come forward to help.

The head teacher told BBC Breakfast: “Senior leaders in the school have now got a huge extra weight and challenge given to them as to how we operate this and this, I have to say, has been utterly chaotic, that’s the headline being used today, this whole process.”

Mr Lee-Allan said he would not open his school if he felt it was not fully prepared, adding: “It’s got to be safe.

“Previously, the Government has been saying it would take legal action but I think in these sorts of circumstances, it should be left to the head teachers on the ground to make the right call.”

Sam Williamson, a head teacher in Bristol, told BBC Breakfast her secondary school was prepared for the rollout of mass testing after senior staff had “three or four” days off for Christmas.

She said: “The basic plan is in place and we will actually be ready to go as long as tests arrive on time and we’ve got enough volunteers, which we think we have.”

Related: Another U-turn? Government now urged to close all schools in England