US national security adviser John Bolton is focused on securing bilateral trade deals with the UK after Brexit. 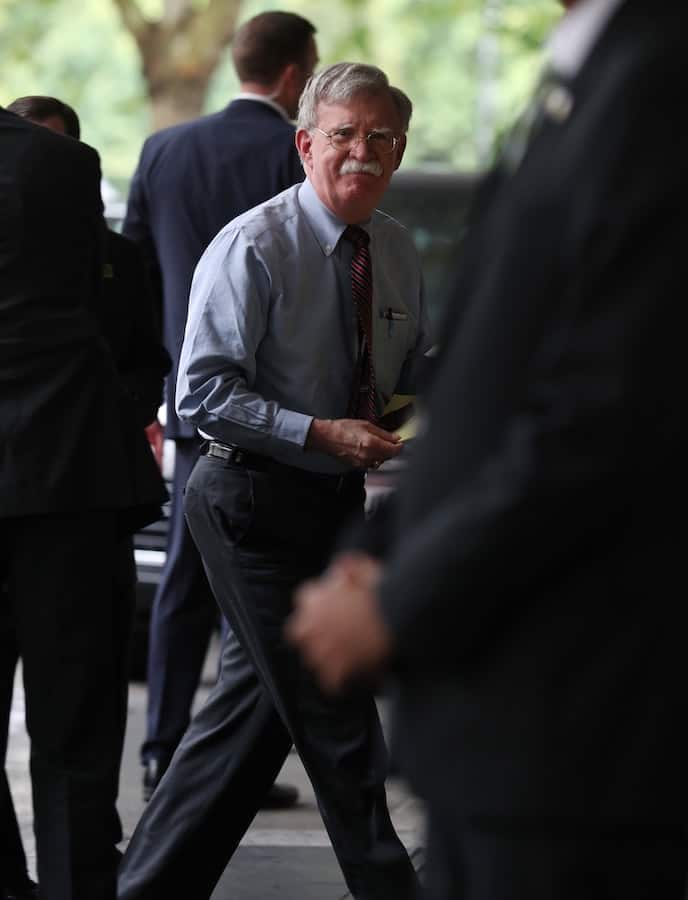 Donald Trump wants Brexit to be a success, with the UK being “first in line” for a trade deal with the US, possibly on a gradual “sector-by-sector” basis, according to his national security adviser.

Speaking following a meeting with Prime Minister Boris Johnson on a visit to London, John Bolton said the US could focus on striking bilateral trade deals in certain sectors like manufacturing and car-making where the two countries may agree, and work out more complicated areas later.

This comes as pollsters say a majority of the British public think Mr Johnson should suspend Parliament in order to push through Brexit.

Mr Bolton said: “The main purpose of the visit really is to convey President Trump’s desire to see a successful exit from the European Union for the United Kingdom on October 31, to offer to be of help in any way that we can and to express his hope we can have a fully comprehensive bilateral trade agreement with the United Kingdom as soon as possible.”

He added: “To be clear, in the Trump administration, Britain’s constantly at the front of the trade queue, or line as we say.”

Great discussion today with the UK Prime Minister’s Chief Strategic Advisor Sir Edward Lister. The enduring connection between our governments and citizens is the foundation of the Special Relationship.

Mr Bolton said the US could do a trade deal with the UK “in pieces” and concentrate on areas, like manufacturing and the car-making industry, they can agree on first.

He said: “You could do it sector by sector, you could do it in a modular fashion in other words. You could carve out some areas where it might be possible to reach a bilateral agreement very quickly, very straightforwardly.

“That would then lock that in and when the other areas that might be more difficult were concluded later, you could combine it in one overall agreement. So the objective is either one document or a series of agreements that would be comprehensive.

“In order to expedite things and enhance the possibility for increasing the trade and investments between the two countries, doing it in a sector-by-sector approach or some other approach that the trade negotiators might agree with, we are open to that.”

He added: “The idea of doing it in pieces rather than waiting for the whole thing is not unprecedented. I think here we see the importance and urgency of doing as much as we can agree on as rapidly as possible because of the impending October 31 exit date.”

Asked whether piecemeal trade agreements like this are allowed under WTO rules, Mr Bolton said: “Our trade negotiators seem to think it is.”

Mr Bolton also attacked the EU and said the UK’s decision to leave the EU should be respected.

Mr Bolton said: “The fashion in the European Union when the people vote the wrong way from the way that the elites want to go, is to make the peasants vote again and again until they get it right.”

Mr Bolton’s remarks come as a new ComRes poll for The Telegraph found 54% of the public agree that Mr Johnson “needs to deliver Brexit by any means, including suspending Parliament if necessary, in order to prevent MPs from stopping it”.

Many MPs have expressed outrage at the idea of “proroguing” Parliament in order to avoid a no-deal scenario being halted by the Commons.

The poll of 2,011 British adults also, however, found 51% of respondents agree that “Brexit should be halted if problems over the Northern Ireland border threaten to split the Union”.

According to the figures, 88% of respondents feel Parliament is “out of touch” with the British public, and that 89% feel MPs “ignore the wishes of voters and push their own agendas” on Brexit.