“The seas around the UK are like an assault course for marine mammals, causing largely unseen suffering and death.” 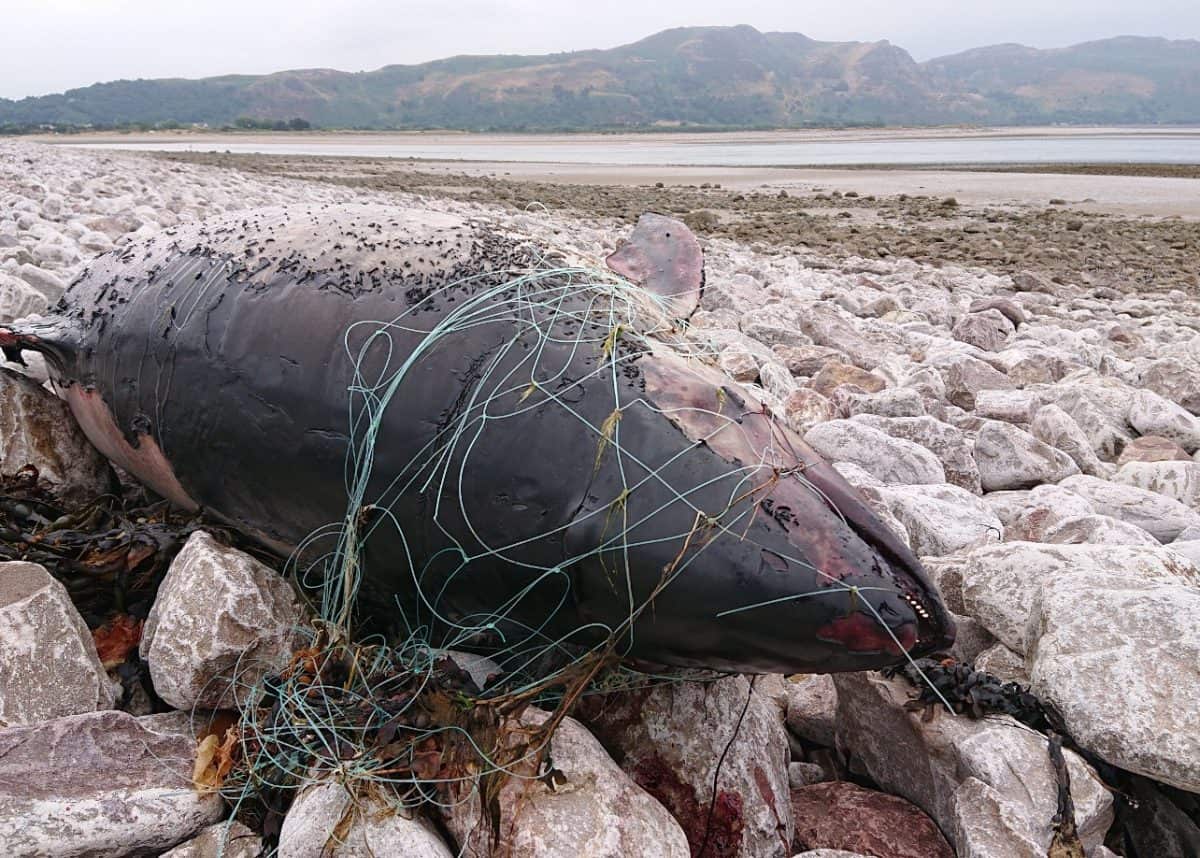 More than a thousand porpoises, dolphins and whales die in fishing gear in UK waters each year, conservationists warned, as they called for action to end the “largely unseen suffering”.

Campaigners are calling for the UK and devolved governments to meet their commitment in the post-Brexit Fisheries Act to “minimise and where possible eliminate” dolphin, porpoise and whale bycatch from UK fishing activities.

A campaign by Whale and Dolphin Conservation (WDC) is urging ministers to set clear, ambitious, annual targets to reduce cetacean deaths from fishing and phase out nets that pose the greatest risk to marine mammals.

It is also calling for investment in trials and roll-out of alternative and modified gear for the UK fleet, and more independent monitoring of bycatch.

Urgent action is needed particularly to protect harbour porpoises in the Celtic Sea and English Channel, humpback and minke whales in Scottish waters, and common dolphin populations in the Bay of Biscay and Celtic Sea, WDC said.

A new report for WDC and Humane Society International (HSI) suggests a series of actions that the conservation groups say could largely eradicate accidental catch and killing of porpoises, dolphins and whales by 2030.

That includes a phasing out of gillnets, fixed fishing nets which are anchored to the seabed and are the biggest threat to species such as harbour porpoises – though they account for just 2% of UK fishery catches.

An estimated 1,000 harbour porpoises and around 250 common dolphins die each year in gillnets, becoming entangled and suffocating to death.

With the use of acoustic deterrent devices or “pingers” having limited impact, the report said fisheries should move to alternative gear such as hook and line which can be used to catch commercial species the gillnets target.

WDC wants to see alternatives found for fisheries with the highest level of cetacean deaths by 2026.

Cetaceans can also suffer from entanglement in creel fishing gear, whose baited baskets for catching species such as prawns on the seafloor are attached together and to a floating buoy on the surface by lines.

Around 30 minke whales and five humpback whales die as a result of creel fishing in UK waters each year, so the report calls for trials of modified gear, and requirements on fishermen to set the creel traps in ways that reduces risk.

Plans are also needed for trawl fisheries that can be put into action as soon as there is evidence any bycatch is occurring, for example by moving fishing activity out of the area where there are dolphins being caught.

Sarah Dolman, WDC’s bycatch programme lead, said: “No-one wants to catch dolphins, porpoises and whales. But bycatch has continued much the same for decades and the research highlights some effective solutions.”

She said the UK and devolved governments could meet obligations in the Fisheries Act and show global leadership by implementing solutions to prevent suffering, as well as to provide confidence to consumers and benefit fishers.

Claire Bass, executive director of Humane Society International UK, said: “The seas around the UK are like an assault course for marine mammals, causing largely unseen suffering and death.”

She urged the Government to work with the fishing industry to phase out gear such as gillnets that are “known to be whale, dolphin and porpoise death traps” and ensure monitoring and reporting of bycatch is stepped up so changes could be made where necessary.

Report author, the scientist Russell Leaper, said the changes in UK fisheries management meant there was a “real opportunity” to prevent bycatch.

“The best way to do this is by moving away from fishing methods that are the highest risk to our cetaceans,” he said.

An Environment Department spokesperson said: “Dolphins, whales and porpoises are a vital part of our marine ecosystem, which is why we are working closely with fishermen to reduce accidental by-catch.

“We are developing a UK Bycatch Plan of Action which we will be publishing later this year. This plan will outline actions to tackle the bycatch of these animals in UK waters in a practical and risk-based way.”

For more information about the campaign, people can visit https://uk.whales.org/our-4-goals/prevent-deaths-in-nets/goodbye-bycatch-what-you-need-to-know/

Related: Brexit: Barriers to shellfish exports as seafood could be rebranded to appeal to UK diners