The demonstrators, who are protesting against Government lockdown measures, cheered and clapped, shouting “we will win”. 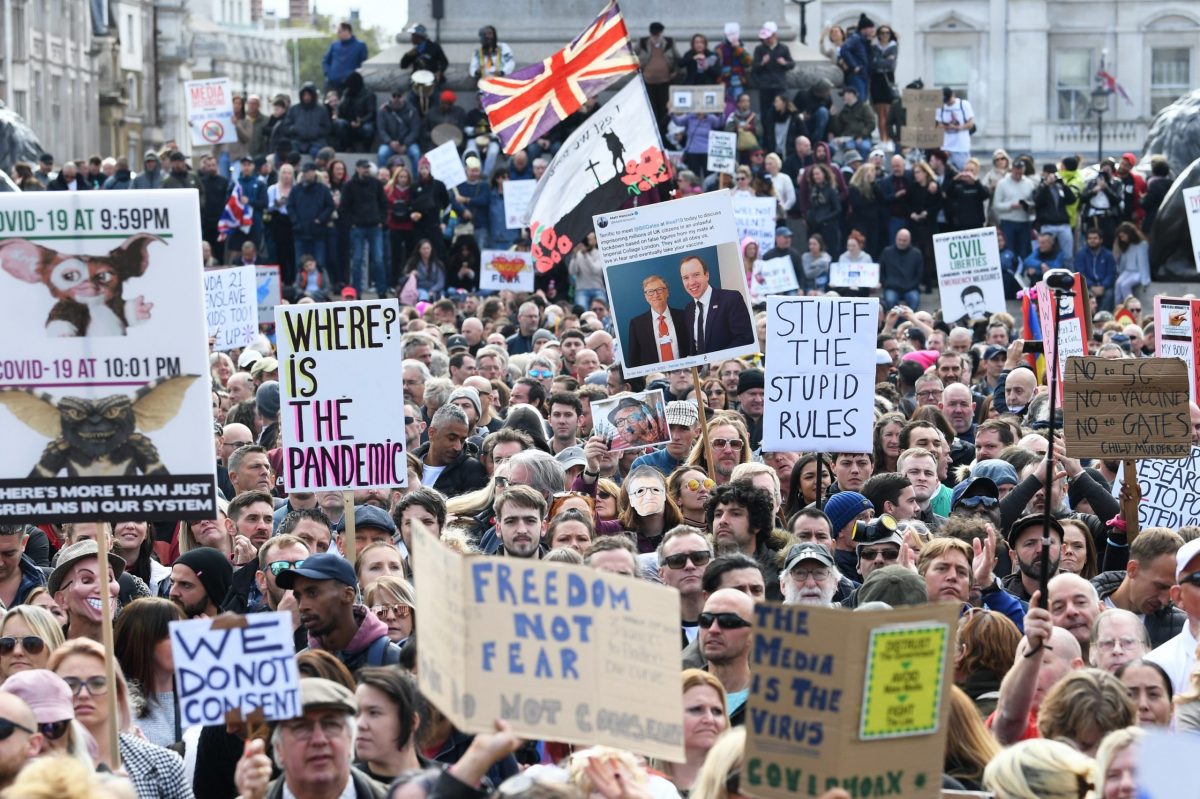 Another anti-lockdown protest has seen thousands descend on central London,

Crowds massed in Trafalgar Square on Saturday carrying signs, flags and placards – to take part in a “we do not consent” rally, none appearing to wear face coverings or to social distance.

The demonstrators, who are protesting against Government lockdown measures, cheered and clapped, shouting “we will win”.

Earlier, police searched a man and confiscated a makeshift riot shield that he was carrying.

The protest comes a week after a separate event which saw more than a dozen officers injured when a “small minority” targeted police and more than 32 arrests were made.

The Metropolitan Police said it had been engaging with organisers throughout the week to remind them of their legal obligations and explaining the events could be in breach of coronavirus regulations.

While protests are exempt from the rule of six which is in force in England, organisers must submit a risk assessment and comply with social distancing.

Police said some organisers had done so but where this had not happened the Met will “increase their engagement and encourage attendees to disperse”.

They added that enforcement “remains a last resort but will be undertaken if required”.

Commander Ade Adelekan, who is leading the Met operation, previously said while there is “great frustration” at the regulations, a large protest could put the health of protesters and their contacts at risk.

He said: “I know there is great frustration to these regulations but they have been designed to keep everyone safe from what is a lethal virus.

“By flagrantly gathering in large numbers and ignoring social distancing, you are putting your health and the health of your loved ones at risk.”

He added: “Last weekend it was highly disappointing to see that a small minority of demonstrators targeted officers with violence. Some 15 officers were injured during this protest, with more than 32 arrests being made during the course of the day.

“I will not tolerate a repeat of this behaviour this weekend and officers will respond quickly to any scenes of violence.”