The shift was confirmed by Nicola Sturgeon following a meeting of the Cobra emergency committee chaired by Boris Johnson. 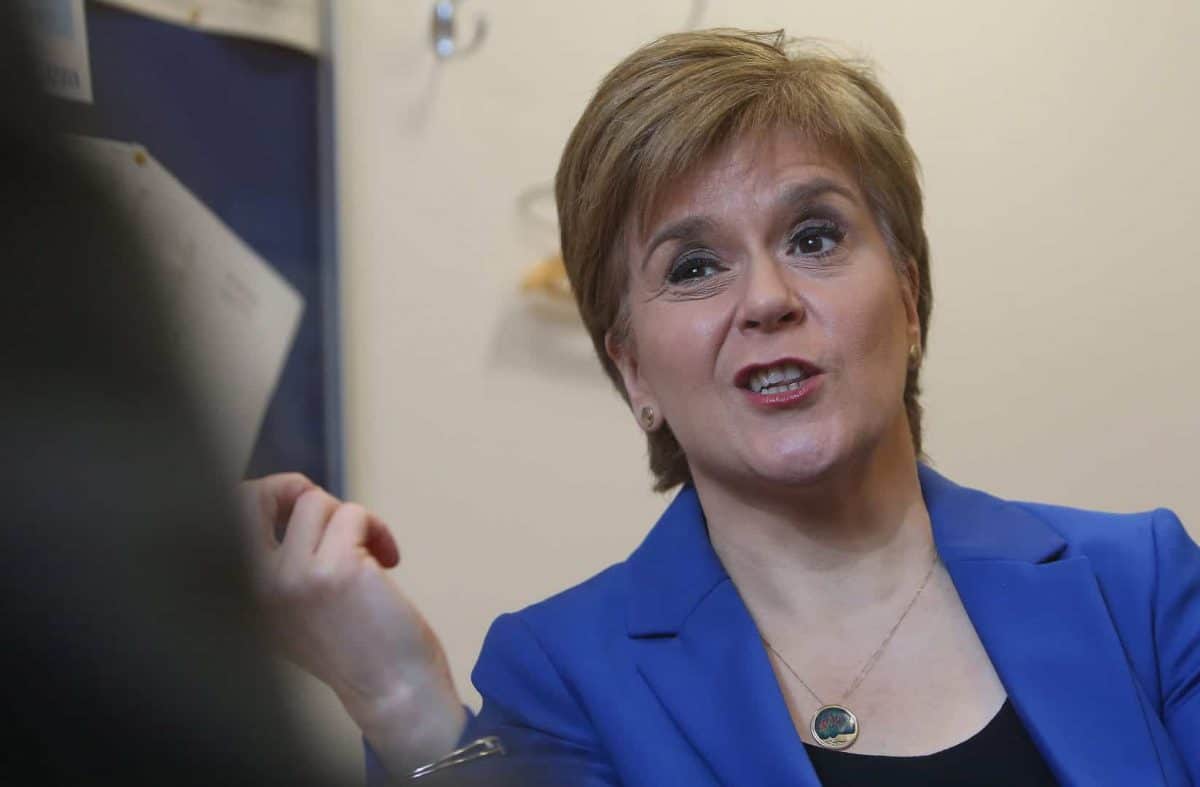 The UK has moved onto the next stage of its response to the coronavirus outbreak as experts and politicians accepted it could no longer be contained.

The shift, which could see restrictions imposed in an effort to delay the spread of the disease, was confirmed by Scotland’s First Minister Nicola Sturgeon following a meeting of the Cobra emergency committee chaired by Boris Johnson.

The move came as two more deaths were announced in British hospitals and the number of people who had tested positive for coronavirus reached almost 600.

Ten people have now died in the UK after testing positive for Covid-19 and 596 people are known to have contracted the virus.

The latest deaths were of an 89-year-old at Charing Cross Hospital in London and a woman in her sixties at Queen’s Hospital in Romford. Both had underlying health conditions.

Ms Sturgeon said: “The decision has been taken that we have now moved from a contain phase into the delay phase where the objective is to seek to slow down the spread of the virus, to reduce the numbers who will be infected at the peak, the number infected at any one time.”

From Friday, anyone with symptoms indicative of coronavirus should self-isolate for seven days, she said.

From Monday, mass gatherings in Scotland are set to be restricted as Ms Sturgeon said it is “inappropriate that we continue as normal”.

She acknowledged the move, which will apply to some events involving crowds of 500 or more, will “not have a significant impact on the spread of the virus” but it will ease pressure on frontline emergency services.

It comes as Ireland announced the closure of schools and tourist attractions until the end of the month.

Irish premier Leo Varadkar said schools, colleges and childcare facilities will close until March 29 as a result of the coronavirus outbreak, which is now regarded as a global pandemic.

Museums, galleries and other tourist destinations will also close as a result of the action.

Mr Varadkar said: “I know that some of this is coming as a real shock and it is going to involve big changes in the way we live our lives.

“I know that I am asking people to make enormous sacrifices. We’re doing it for each other.”

The total number of Covid-19 cases in the Republic stands at 43 and there has been one death.

The developments came as:

– The FTSE 100 lost more than 10% of its value, the biggest intraday fall since the 2008 financial crisis, with nearly £150 billion wiped off London’s top index

– Barchester Care Homes, which runs more than 200 homes in the UK, sent a letter to residents, patients and visitors saying it was stopping routine visits to its homes, although it later said it meant visits should be “minimised”.

Meanwhile, the UK’s chief medical officers and officials from the General Medical Council and NHS England wrote to doctors saying they may need to work outside their usual area of expertise and in unfamiliar circumstances as they deal with a “very abnormal emergency situation” in the peak of an epidemic.

The letter said GP practices, hospitals, trusts and health boards should support doctors as “clinicians may need to depart, possibly significantly, from established procedure in order to care for patients in the highly challenging but time-bound circumstances of the peak of an epidemic”.

In Washington, Donald Trump dramatically escalated the US response to the coronavirus pandemic, slapping a travel ban on continental Europe.

The suspension of travel between the United States and Europe, excluding the UK and Ireland, will last for 30 days starting on Friday and has been widely criticised.

Within the Government a Cabinet minister, who has not been named, was self-isolating while awaiting a test result after coming into contact with health minister Nadine Dorries.

Ms Dorries is self-isolating at home after being diagnosed with the illness.

Fellow health minister Edward Argar is also self-isolating at home “as a precaution” after having lunch with Ms Dorries on Thursday, the day she started to feel unwell.

In a sign of increased concern about the virus, data published on Thursday suggests the NHS 111 system is coming under increasing pressure.

Only 70 per cent of calls were answered within 60 seconds, the lowest for any calendar month on record, and down from 74 per cent in February 2019.

The proportion of calls abandoned after waiting longer than 30 seconds was 8 per cent, up from 5 per cent in February 2019.

Related: Trump suspends all travel between US and continental Europe