Car manufacturing weighed on the economy as GDP grew by 1.4% across 2019, the Office for National Statistics has said. 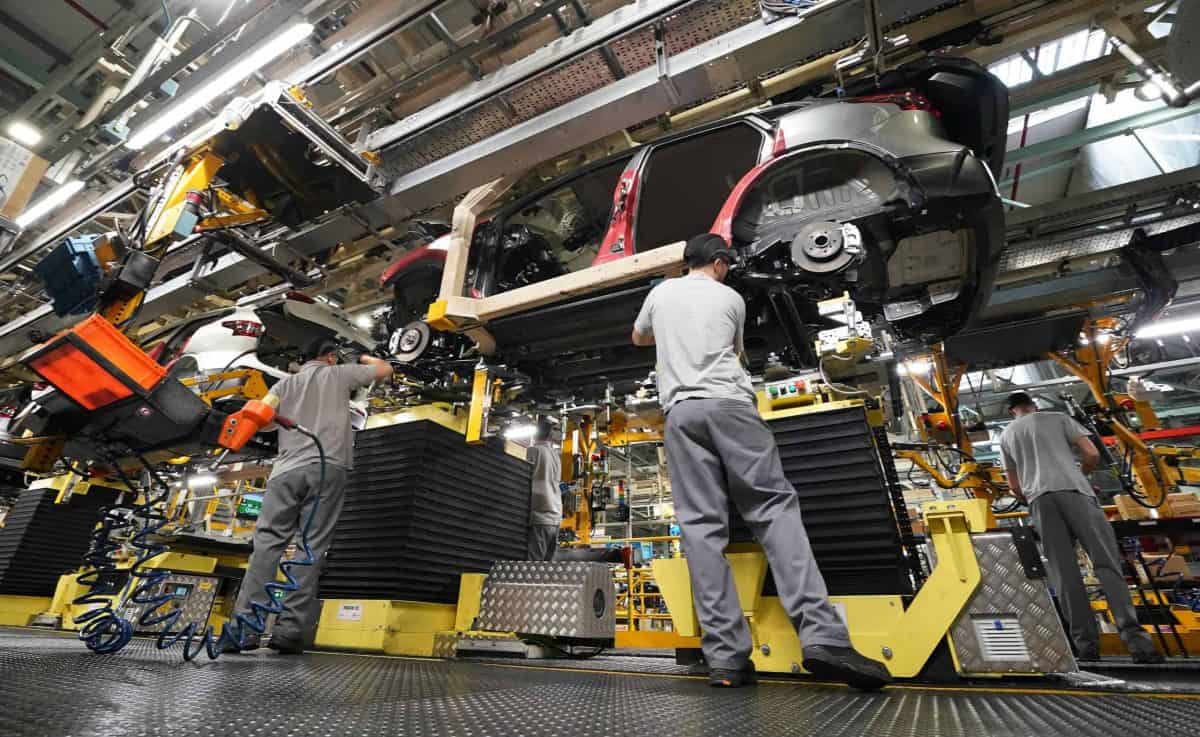 The UK economy flatlined in the last three months of the financial year in line with expectations, as the country went to the polls, official figures have shown.

Gross domestic product (GDP) did not change at all in the last quarter, taking annual GDP growth to 1.4%, according to the Office for National Statistics (ONS).

It marks a ramp-up in growth for the full year compared with 2018, when GDP grew by 1.3%. However, it is still one of the slowest rates of growth since the financial crisis gripped the global economy in 2008 and 2009.

There was a slight pick-up in December, as the economy grew by 0.3% in the month of the election itself.

The stagnation in the fourth quarter compares with a 0.5% rise in the period before.

Rob Kent-Smith, the ONS’s head of GDP, said: “There was no growth in the last quarter of 2019 as increases in the services and construction sectors were offset by another poor showing from manufacturing, particularly the motor industry.

“The underlying trade deficit widened, as exports of services fell, partially offset by a fall in import goods.”

The statisticians said GDP growth had been “particularly volatile” in 2019, partially because of the changing deadlines for the UK to leave the European Union.

Brexit was originally scheduled for March 2019, but was later delayed to October, and then again to January this year.

The ONS found evidence that there had been stockpiling in the run-up to the October Brexit date, but this was not as pronounced as the March deadline.

It is still too early to tell if Britons were stockpiling in December to prepare for the final Brexit date in January 2020.

Household expenditure grew by 0.1% on the quarter before, the weakest figure since the fourth quarter of 2015, when spending dropped by 0.3%.

Meanwhile, the services sector, which provides many jobs in the UK, slowed to 0.1% growth. This was in line with expectations and an easing since strong growth in the middle of 2018.

Manufacturing output declined sharply by 0.8% in the fourth quarter as there was less demand for cars. Many car producers decided to shut down their factories for shorter periods earlier in the year.

The Society of Motor Manufacturers and Traders (SMMT) recently released data showing a 6.4% decline in car production in the final quarter of 2019, and a 14.2% drop across the year as a whole.