U.S. President Donald Trump lauded his own diplomacy on Thursday with royalty and foreign leaders, but mistakenly cast the heir to the British throne, Prince Charles, as the “Prince of Whales”. “I meet and talk to ‘foreign governments’ every day. I just met with the Queen of England (U.K.), the Prince of Whales, the P.M. […] 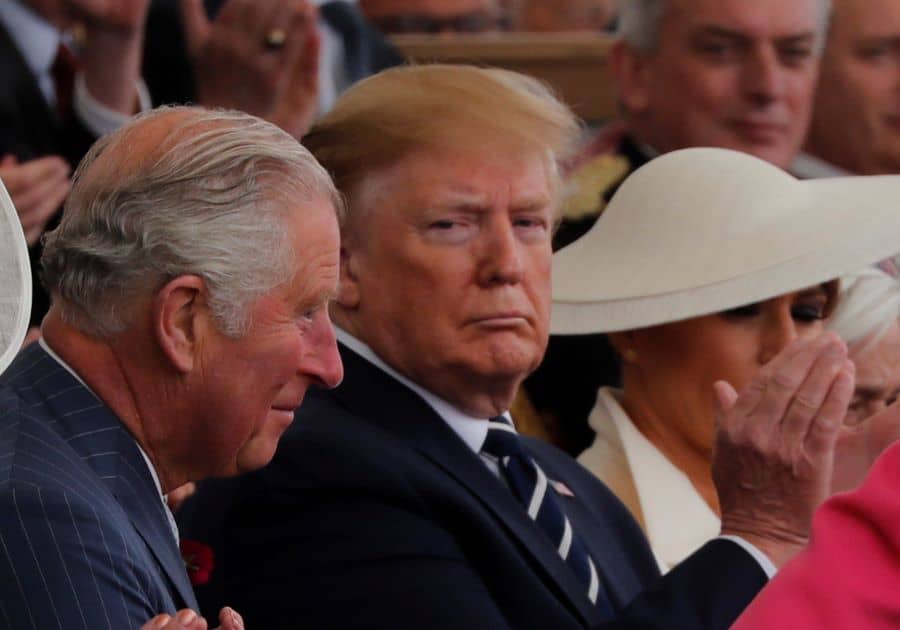 U.S. President Donald Trump lauded his own diplomacy on Thursday with royalty and foreign leaders, but mistakenly cast the heir to the British throne, Prince Charles, as the “Prince of Whales”.

“We talked about ‘Everything!’ Should I immediately call the FBI about these calls and meetings? How ridiculous! I would never be trusted again. With that being said, my full answer is rarely played by the Fake News Media. They purposely leave out the part that matters.”

Trump’s tweets were an apparent response to criticism of comments he made on Sunday that he would accept information from a foreign government that was damaging to an election opponent, without reporting it to the FBI.

Prince Charles, eldest son of Queen Elizabeth, holds the title Prince of Wales, traditionally bestowed on the heir to the British throne. Wales is one of the four countries that make up the United Kingdom, along with England, Scotland and Northern Ireland.

Trump later deleted the tweet and replaced it with one that spelled Wales correctly.

Charles met Trump last week for tea in London as part of the U.S. president’s state visit to Britain.

“We were going to have a 15-minute chat and it turned out to be an hour-and-a-half and he did most of the talking – and he is really into climate change and I think that’s great,” Trump said of the visit in an interview last week.

“He wants to make sure future generations have climate that is good climate as opposed to a disaster – and I agree,” Trump said. But Trump also suggested he doubted the science that shows that the earth is getting hotter due to human activity, an issue on which Charles has been an advocate for a global response.

“I believe there’s a change in weather, and I think it changes both ways. Don’t forget, it used to be called global warming, that wasn’t working, then it was called climate change. Now it’s actually called extreme weather, because with extreme weather you can’t miss,” Trump said.