“There’s never been a cat like him. And never will again." 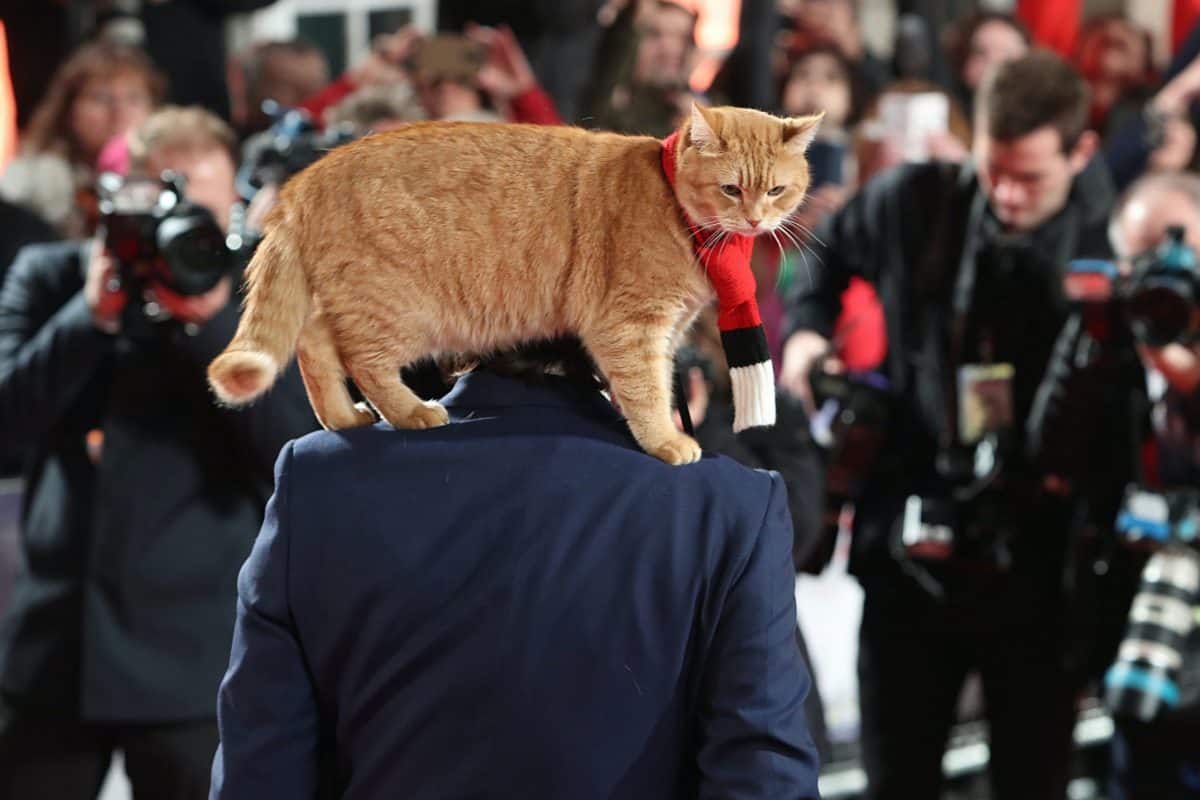 The cat that inspired the A Street Cat Named Bob books has died aged 14.

James Bowen met Bob in 2007 during his battle with drug addiction when he found the cat abandoned and injured and decided to look after him.

He began taking the cat with him when busking or selling The Big Issue in London.

Bowen then wrote a book about their relationship, titled A Street Cat Named Bob, which became a smash hit and was made into a film in 2016.

In a statement on the official Facebook page for Bowen’s books, the author said Bob had saved his life.

He added: “It’s as simple as that. He gave me so much more than companionship.

“With him at my side, I found a direction and purpose that I’d been missing.”

He added that the success they found together was “miraculous”.

“There’s never been a cat like him. And never will again.

“I feel like the light has gone out in my life. I will never forget him.”

Paul McNamee, editor of The Big Issue, said in a statement that the cat first “changed James Bowen’s life, then he changed the world”.

“Over the years we’ve reported on his successes and each time we put him on the cover our vendors were delighted. They knew it meant fans would flock to purchase.

“He represented a second chance and hope and never giving up on somebody, things that are hardwired into The Big Issue DNA.

“Our condolences go to James, Bob’s loyal companion. Bob saved his life and he’s spoken of the success the pair enjoyed through their books and films as being miraculous.

“He said there’s never been a cat like him. We couldn’t agree more.”