A single mum has been left suicidal and fearing for her children’s lives after getting ‘trapped’ living in a mouldy, slug-infested house for almost SEVEN YEARS. Jessica Sparrow-Lewis, 29, has endured years of misery in her rented home which is filled with damp, black mould and exposed wiring that has been deemed a “risk to […] 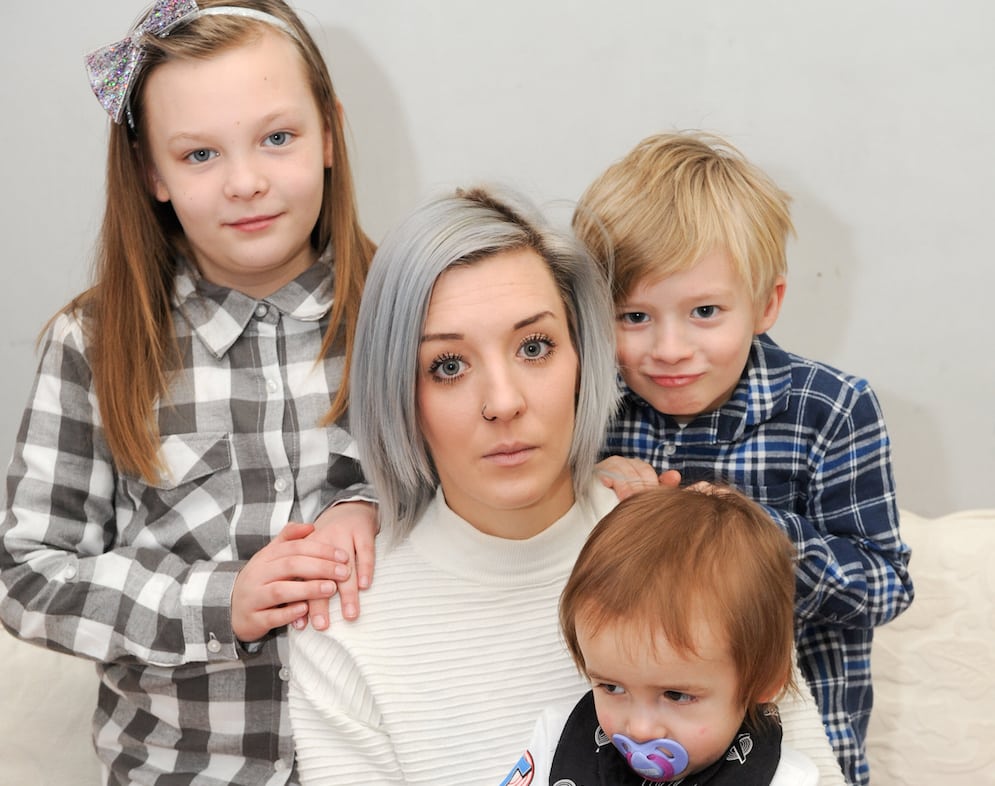 A single mum has been left suicidal and fearing for her children’s lives after getting ‘trapped’ living in a mouldy, slug-infested house for almost SEVEN YEARS.

Jessica Sparrow-Lewis, 29, has endured years of misery in her rented home which is filled with damp, black mould and exposed wiring that has been deemed a “risk to life”.

One of the rooms is so cold it is practically uninhabitable, with Jessica’s children Freya, nine, Alfie, six, and Arlo, one, are sharing one bedroom.

The shower room has slugs on the wall, and the slimy creatures have been found inside cereal boxes and all over the families’ shoes.

But Jessica, who is on housing benefit, claims she is ‘trapped’ in the property in Tredworth, Glos., as she is struggling to find another private home to live in.

She says if she moves herself out into a B&B she will be termed ‘intentionally homeless’ and less eligible for council help.

The mum-of-three said: “The disgusting and awful state of my house is causing me to feel like I am trapped and I don’t see a way out.

“My mental health is suffering to the point that I am feeling suicidal and I now have to have counselling.

“I feel like I am not able to give my children the safe, warm and clean home that they deserve.

“I need to do something before I get to a point where my children may be removed from me because of all the pressure this house is putting on me.”

Her biggest concern is the children’s health – after 14-month-old Arlo was hospitalised with a chest infection in December 2016.

She said: “What I am more concerned about above all else is that my children have to suffer and that is in no way shape or form fair or acceptable.”

Jessica has been renting her home at £580 per month since April 2011, and the rising damp and mould has persisted for years, particularly in her kitchen and bathroom.

As a last resort in 2015, Gloucester City Council installed a new kitchen and billed the landlord.

But an electrical inspection in May this year deemed the wiring in the property as in a “dangerous condition” and as a “risk to life”, and deemed the property should “not be inhabited in this state”.

Jessica now says her oven has not worked since October 2016, meaning she is forced to cook her children’s meals on a camping stove.

She is appealing for her landlord to find the £25,000 needed to bring the house up to standard, and for more help from the council to make it happen.

Jessica said: “Every day I have to wipe off slug slime throughout the whole of downstairs. It is disgusting and so unhygienic.

“They are everywhere downstairs. I have found slugs on my kitchen side, in my cereal boxes. All over shoes by the front door.

“My children are suffering, and I’m suffering with mental health. If it was one year or two I would understand, but we have had problems since 2012.

“It’s nearly seven years of misery we have had to go through.”

Jessica says she has asked Gloucestershire Homeseeker, run in part by Gloucester City Council, to prioritise her case to help her get relocated, but this has been refused.

A spokesperson for Gloucester City Council said: “We’ve been working with the tenant and the landlord to make sure the repairs are made urgently.

“There have been some issues with the landlord’s contractor getting access to the property to do the work, but we’re hopeful this will be resolved soon.

“An officer from the council’s housing team will also be making a visit to the property on Friday to carry out an inspection the premises.”