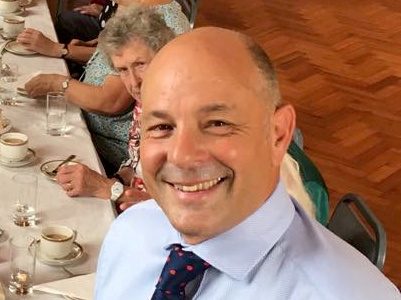 A district councillor who missed 75 per cent of meetings because he was 200 miles away running dance events is to stand down.

Karl Busch, 54, met the legal requirement of attending one meeting every six months, but his absence sparked criticism from overwhelmed colleagues.

The Mid Devon councillor for Cullompton North split his time between his home in Exeter and the Channel Island of Jersey.

When on Jersey, the Conservative politician’s time was filled with tea dance events which aimed to get people aged over 50 more socially and physically active.

During his absences, fellow councillor Nikki Woollatt said she has been overwhelmed with her workload.

She said: “I kind of feel that the council taxpayer has been subsidising him while he pursues other projects.

“He’s drawing an allowance, but not putting in the effort.”

Mr Busch defended his record and insisted he was “proud of the work that he was achieving”, but agreed to stand down at the next elections in May.

He received allowances of more than £8,600, for the year up to March 2018, but he believes people in his ward are getting value for money.

Mr Busch said: “I know it’s taxpayers’ money. Should it be used for that purpose? Absolutely, it should be.

“The work I’m doing directly benefits Mid Devon and my legacy is that my ward will benefit from my work for years to come.

“I will not be standing again in the next election, but I’m proud of the work that I’m achieving.”